If you were a child of the 1980s, especially the latter part of the decade, there is a good chance you watched professional wrestling once or twice. The late 1980s was a boom time in the United States for the World Wrestling Federation (later renamed World Wrestling Entertainment due to the wildlife foundation with the same initials) and a time the company marketed heavily to kids. The WWF was well ahead of its time in many areas including action figures. Combat sports fans are gearing up for the latest events in UFC, boxing, and wrestling. Fans can complete their registration to the top sportsbooks and wager on their favourite fighters before the bell rings for the next big bout. 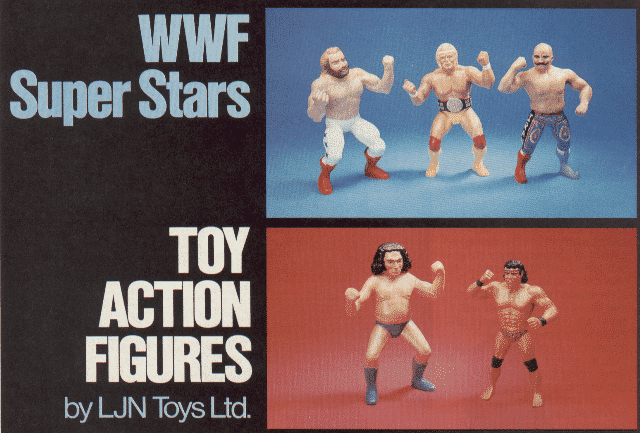 In 1984, the WWF signed its first-ever toy deal with LJN. What followed were some of the coolest, most detailed action figures of the decade. Although the LJN figures were surpassed in the 1990s by Hasbro’s WWF figures, the LJN’s still hold a place in the hearts of old-school wrestling fans.

The dawn of a new era

The WWF began taking over professional wrestling in the early 1980s when current owner Vince McMahon Jr bought the company from his ageing father. McMahon had grandiose ideas that strayed from the traditional borders and boundaries pro wrestling always respected. Combat sports fans are anticipating UFC 243 in October. Robert Whittaker and Israel Adesanya will battle to unify the middleweight championships and by playing the books, combat sports fans can wager on the fighter they believe will win.

McMahon planned to take wrestling from smoky, small arenas and glitz it up with glamour and larger than life grapplers. To accomplish his goals, McMahon began marketing to younger fans, especially children. Action figures would become a huge part of the marketing plan, but the idea was an accident. According to legend, McMahon saw his son Shane playing with GI Joe figures in their home and it spawned the idea to launch a full line of toys complete with a wrestling ring.

LJN became the first company to make and release the WWF figures with fans rushing to their local toy stores to get their favourite grapplers. 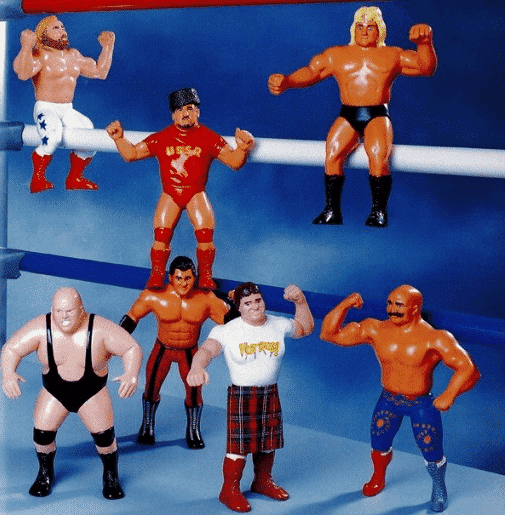 It is safe to say you could kill someone with some of the figures LJN produced for the WWF. The 8-inch grapplers were made from rubber and larger wrestlers including King Kong Bundy and Andre the Giant could do some series damage when thrown at a little brother or sister.

The figures were never supposed to be as large as they turned out to be. LJN wanted to make them under 4-inches, but McMahon loved the 8-inch protypes and wanted all the figures to be just as big to show off the larger than life aspect of his grapplers.

The toy line was incredibly successful in a time that action figures took off in sales. During the decade, companies such as Mattel and Hasbro were racking in the cash. Hasbro alone earned more $300 million in Transformer toys in 1985.

The highs and lows

LJN earned $8.3m in 1985 and one year later, over $55m on the WWF figures. The amount of money made by the WWF was even greater as the figures were also advertisements for their live events, weekly television shows, and other merchandise. The figures sold so well that in 1986, “Macho Man” Randy Savage (who was still new to the WWF at the time) stated a third of his earnings came from royalties from the action figures.

The popularity of pro wrestling declined in the late 1980s and hit a low point in the early to mid 1990s. Fans had grown tired of the stale action but hardcore fans still loved the action figures. Unfortunately for LJN, it decided to focus its attention elsewhere. The WWF would go onto work with Hasbro, who produced what many fans feel are the pinnacle of wrestling action figures.

Still, there is a generation of fans that have their Junkyard Dog, Hulk Hogan, and “Mr. Wonderful” Paul Orndorff figures adorning their bookshelves today. 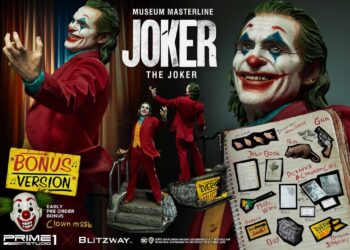 This Museum Masterline Joker Figure Is A Must-Have!

Why Birds of Prey Will Be Better Than Suicide Squad