Torment: Tides of Numenera Getting A South African Release

It was announced today that the science fantasy epic RPG Torment: Tides of Numenera would be getting a South African release.

Ster-Kinekor Entertainment has joined forces with Techland Publishing and will be distributing the PC and console versions of Torment: Tides of Numenera in South Africa. Chief Executive Officer of Ster-Kinekor entertainment Mario Dos Santos is excited to see the game coming to South African shores.

“With Torment, our consumers will experience a rich role-playing experience that explores deep, personal themes, continuing the thematic legacy of Planescape: Torment, the critically acclaimed role-playing game from 1999 and considered by many to be a hallmark for storytelling in computer RPGs.”

The game is being developed by inXile, who also developed the apocalyptic RPG Wasteland 2. Tides of Numenera takes place in a fantastic world where remnants of an advanced civilization lie scattered across its surface. These powerful artifacts lie waiting to be discovered.

Below is a description of what is contained in the Day One and Collector’s Edition.

The game is set to release on the 28th of February 2017 for Xbox one, PlayStation 4 and PC 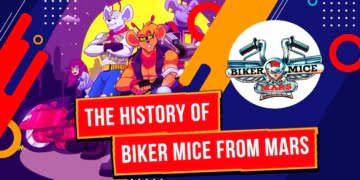