The Top Smartphones of 2013 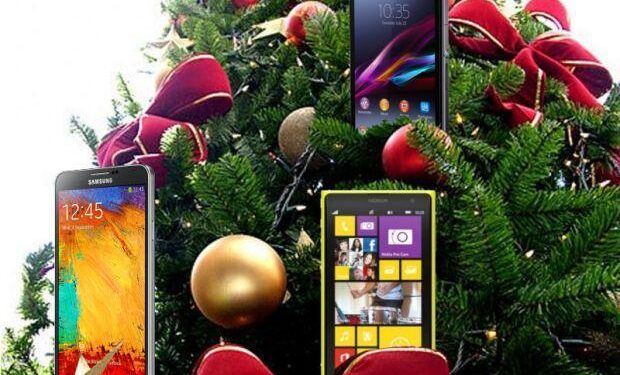 As always, the smartphone industry remains one of the busiest markets in the technology space. 2013 was no different, bringing hordes of new OEMs to the market; most of which can easily be ignored. The major players remain unfazed for the most part, some gaining big strides to market dominance, while others have seen either a steady increase or dramatic fall from grace. Samsung, once again, has released a slew of different smartphones for individual budgets, but is Nokia that has made most of the movement at the top, releasing newer flagship devices almost every month this year. We also saw the rebranding of the BlackBerry smartphone franchise, but fell short of the mark, by some margin in the end. We take a look back at the top smartphones of 2013, most of which have been released quite recently. The developer choice for the Android OS, the Nexus range has always been held in great esteem. Google once again partnered with LG to produce the Nexus 5, after early rumours would have suggested the purchase of Motorola Mobile would see the device been manufactured by an actual Google-owned company. Irrespective, LG has once again produced an outstanding smartphone, made more enticing with the slew of Android 4.4 KitKat features introduced specifically for the Nexus 5. The only downfall of the Nexus 5, which ultimately kept it from grabbing top honours, is that it isn’t as easily available in South Africa as the other top contenders. Still, if you’d ask any Android fanboy which smartphone they’d want most, very few would choose anything else. (Link) http://www.fortressofsolitude.co.za/2013/10/google-announces-nexus-5-android-kitkat/ Undoubtedly, the Galaxy Note range has always packed some of the best specs into what can be considered quite a small frame, considering that it rivals specs of a desktop PC. Pushing the boundaries of the phablet screen size to 5.7”, the Galaxy Note 3 has replaced its sibling’s position as the company’s fastest selling smartphone of all time. Not only does it have better specs than the Galaxy S4, it also sports quite a number of additional features, not to mention its S-Pen capabilities. Samsung would have hoped to improve the appeal with the introduction of the Galaxy Gear, which, unfortunately, added little to no use to the end-user in the end, apart from showing off some pomp. The Galaxy Note 3 on its own is a worthy purchase for all Android users, even better if you get your hands on the LTE version. (Revew) http://www.fortressofsolitude.co.za/Tech-detail/samsung-galaxy-note-3-galaxy-gear-review/ Nokia has taken some time to gain some traction with their brand of Lumia smartphones. Thankfully, 2013 has seen a slight turnaround for the company in terms of sales of the Lumia brand, which, in the end, wasn’t enough to see its mobile division been snapped up by Microsoft. Interestingly enough, it is Microsoft’s Windows Phone 8 OS that leaves the Lumia range a bit flat when compared against the likes of Android and iOS, so we assume that the buy-out would mean better days around the corner in terms of capabilities from Lumia devices. In 2012, Nokia created quite a stir with the release of the 41MP camera 808 PureView, which failed mainly due to its lack of smartphone capabilities in the Symbian OS. The re-introduction of the tech featured in the Lumia 1020 has again created a stir in 2013, delivering quite stunning imagery for camera-happy techies. If not for the OS, the Lumia 1020 may have seen a Nokia smartphone atop of the 2013 smartphone charts. (Revew) http://www.fortressofsolitude.co.za/Tech-detail/nokia-lumia-1020-review/ In 2013, Sony dramatically decreased the production of the amount of different smartphones it produced in 2012 (after splitting from Erikson in late 2011), many of which confused consumers, especially with the change in its naming convention. Instead, the company released one redesigned smartphone, the Xperia Z, which spawned a few smartphones and a tablet from the same design principle. The Xperia Z1 took everything users enjoyed on the Xperia Z, and added to its performance along the way. With the increase trend in camera prowess on smartphones these days, Sony fitted a 20.7MP camera to the rear, sporting the same tech we find on their range of stand-alone cameras. The end result…a good looking slate with ample performance, and spectacular camera shots, which you can enjoy under water as well. (Review to come in early January)

2014 may be the year we see things change in the smartphone market, as specs and size alone won’t be the deciding factors going forward with many smartphones producing more than sufficient performances than what users actually require. With the introduction of wearable accessories, such as the smartwatches, flexible screens, such as the Samsung Galaxy Round and LG G Flex, customisable smartphone, such as the Motorola X and G, as well as the Project Ara concept, we have a lot to look forward to this coming year. Let’s just hope that many of these newer technologies will trickle into the South African market, which has been overlooked for a few of the major smartphones this year once again; the Nexus 5 being the prime example. There’s even the possibility of a home-grown, South African smartphone in the works.