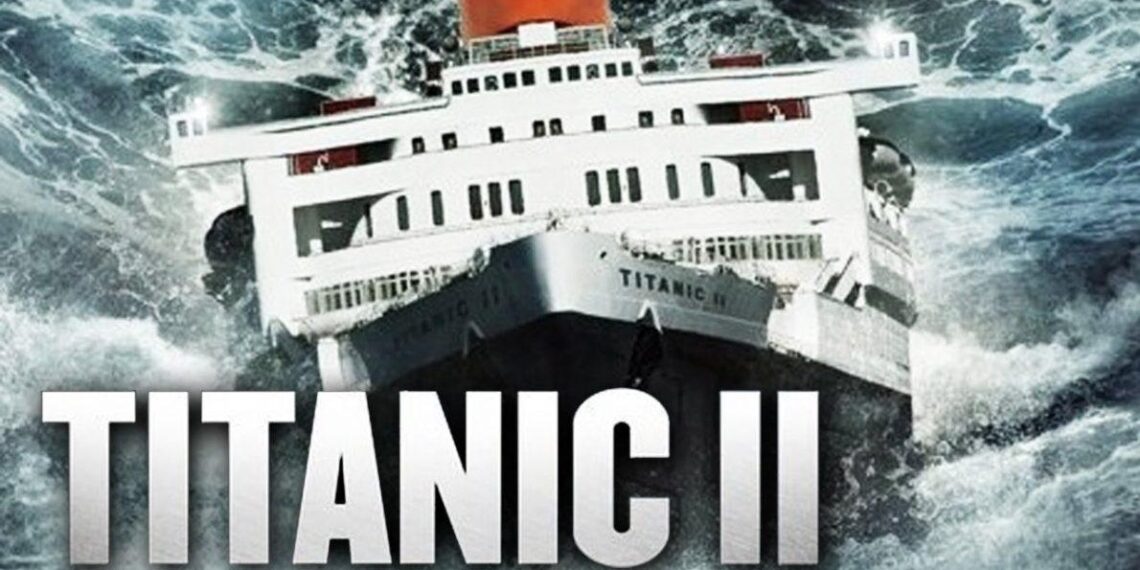 According to Wikipedia, a mockbuster (sometimes also called a knockbuster) is a film created with the apparent intention of piggy-backing on the publicity of a major film with a similar title or theme and is often made with a low budget. We take a look at some of the top mockbusters making their way to a video store near you (beware!).

You’ve seen them in video stores. You’ve scratched your head wondering if Transmorphers is a Michael Bay release you’ve never heard of. Surely, this can’t be right? Surely, this is some cheap imitation of the original? The cover is quite convincing. You’ve seen some of the actors on television shows. You take the risk and hire it. You pop the DVD into the player and the first images appear on the screen. It takes just a few minutes before you realise; this is a direct-to-video knockoff/imitation hoping to cash in on the original. You scream at yourself… you’ve been fooled. Synopsis: About a race of alien robots that have conquered Earth and forced humanity underground. After 400 years, a small group of humans develops a plan to defeat the mechanical invaders in the ultimate battle between man and machine.

Capitalising on Michael Bay’s Transformers, Transmorphers (see what they did there) not only steals the films preface but attempts to confuse audiences with its title too. This poor man’s blockbuster has the perfect elements for a night of laughter with a few friends. Poor CGI, bad scripting and awful directing make Transmorphers worth your time. 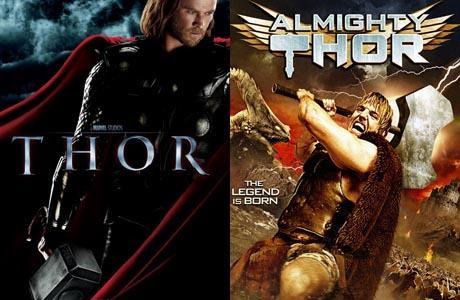 Synopsis: When a demon god steals the Hammer of Invincibility, Thor strikes a mighty blow to get it back.

Asylum Studios are notorious for their knock-off films, and Thor seems like an easy and obvious choice for the studio to piggy back off. Some have gone one to dub it “Worst Asylum movie attempt ever”. Expect cheap effects, bad background music, poor sound and budget lower than the cost of 5 seconds of James Cameron’s Avatar. 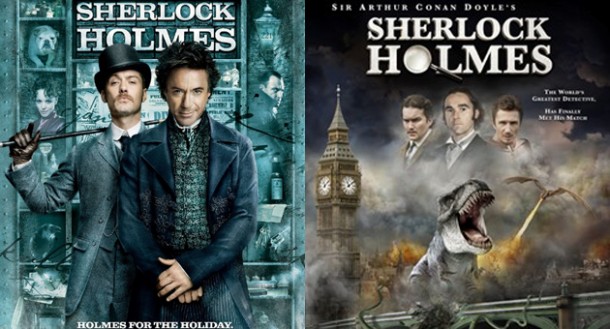 Synopsis: Sherlock Holmes and Watson are on the trail of a criminal and the scientific mastermind who seems to control monsters and creations which defy belief.

I imagine the writers of this film sitting back to watch Guy Ritchie’s version of the film and commenting, “It was great, but it needed a dragon, a T-Rex, and a giant octopus.” Of course, we’d expect nothing less from Sherlock Holmes mystery tales. “Elementary, my dear Watson.” Synopsis: A journalist named Lee Custler (William Katt) is out jogging when a flying object passes behind him and crashes. Sheriff Joel Armstrong (Collin Brock) picks him up and they go to check it out. They find an abandoned caravan close to where the object crashed. As they discover the object and realize it is a spaceship, an Alien emerges.

One letter makes all the difference, doesn’t it? Least that’s the case with AVH (not to be confused with AVP). Is it possible that there is a film worse than Alien vs. Predator? You betcha! 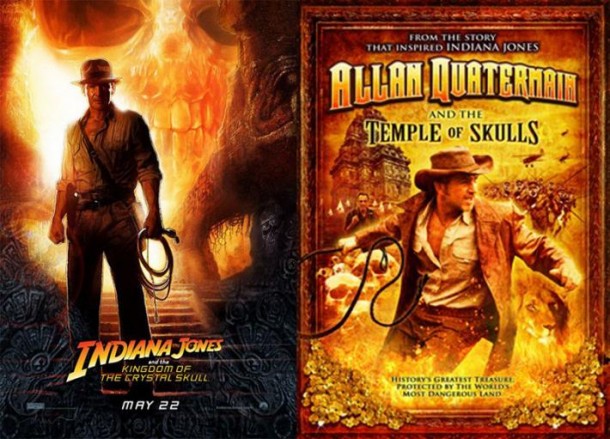 06) Allan Quartermain And The Temple Of Skulls

Synopsis: Allan Quatermain has been recruited to lead an expedition in search of a fabled treasure, deep within Africa. He must avoid hidden dangers. 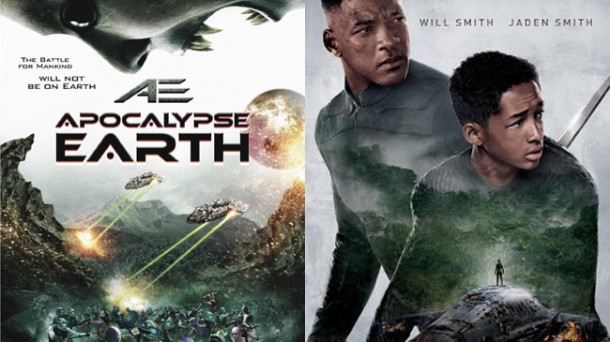 Synopsis: A group of refugees from Earth work to survive on a hostile alien planet.

Why bother trying to bother piggybacking off a movie that failed to perform at the box office? Don’t be surprised if the AE: Apocalypse Earth actors outperform Jaden Smith, though. 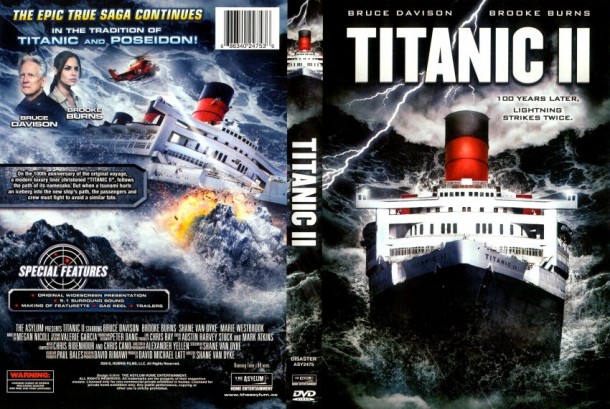 Synopsis: On the 100th anniversary of the original voyage, a modern luxury liner christened “Titanic 2,” follows the path of its namesake. But when a tsunami hurls an ice berg into the new ship’s path, the passengers and crew must fight to avoid a similar fate.

Seriously what are the chances? Who would be bold enough to name a ship Titanic 2? The writers of this script. I prefer the idea of bringing Jack back to life as a zombie in the sequel. “Jack is back!” That sounds like a more watchable film. “Near, far, wherever you are I believe that the heart does go on. Once more you open the door…” 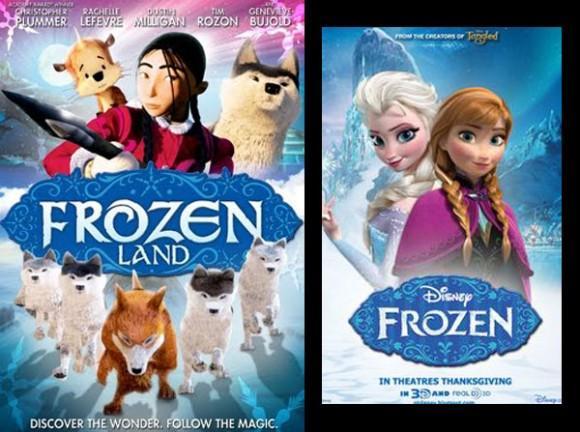 Synopsis: Three young Inuits set off in search of a promised land to save their clan from starvation.

Phase 4 Films, the Canadian film distributor of animated classics found itself in legal hot water over its latest release, Frozen Land. Check out the similar logos. It seems the film has since been pulled with Disney asking the courts for an injunction to stop the release, despite the film not having similar plots. Come on Disney, “Let it go”! 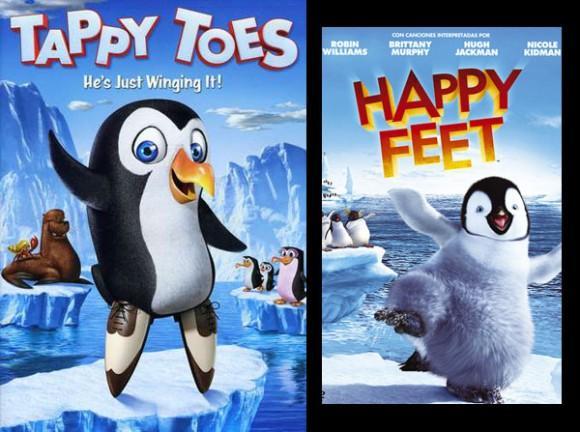 Synopsis: This animated adventure follows Pingo the penguin as he discovers a talent for tap dancing after finding an old pair of tap shoes. Before long, Pingo’s dancing skills bring him closer to Bella, who may be the just the bird he needs to stop the nefarious plans of Gabby the hermit crab.

From the people who brought you Chop Kick Panda and Puss In Boots: A Furry Tale comes Tappy Toes. 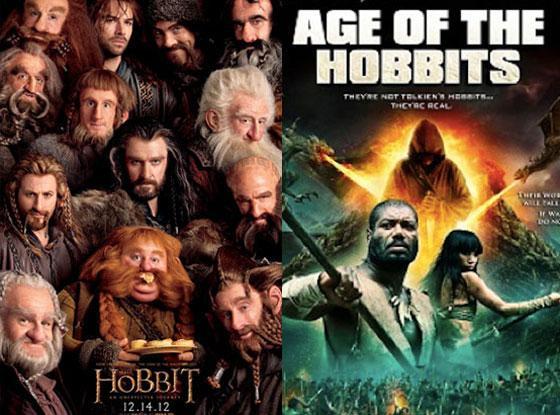 Synopsis: In an ancient age, the small, peace-loving hobbits are enslaved by the Java Men, a race of flesh-eating dragon-riders. The young hobbit Goben must join forces with their neighbour giants, the humans, to free his people and vanquish their enemies.

Despite its title, the word “Hobbit” is never uttered even once in this film. Consequently, the film’s title has changed to Clash Of The Empires, after a lawsuit from Warner Bros (“My precious!”). It has been alternatively titled Lord of the Elves in the United Kingdom. Call it what you like, it’s a laughable attempt to cash in on one of the most popular films ever released. Let’s hope The Asylum learned their lesson! (Who are we kidding?) 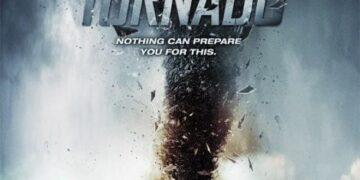 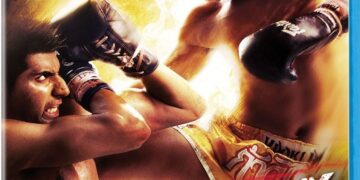