Why Tom Holland’s Spider-Man Is Perfect

When I say that Tom Holland’s Spider-Man is perfect, I don’t mean that Tobey Maguire and Andrew Garfield didn’t do a fine job. They did. To me, Tobey will actually always be Spider-Man. Just like Christopher Reeve will always be Superman and Michael Keaton will always be Batman. A boy never forgets his first.

The pronounced webbing on the suit, the mirrored eyes, and Peter’s dorky facade was so on point and awesome! I can still remember the trailer ending with Aunt May telling Peter he can’t balance all his responsibilities because “you’re not Superman, you know”, after which Peter chuckles. That was it. I’m sold on whatever you give me. So what is the point I am trying to make?

Tom Holland’s Spider-Man in Captain America: Civil War gave me the exact same feeling! I’m a grown man now but his Spider-Man shoved me back into that seat I was sitting in back in 2002, and suddenly I was a kid again. Yes, we finally have our perfect Peter Parker and Spider-Man. From his portrayal to his look and mannerisms to the actual costume itself.

Let me first talk about all the subsequent Spider-Man movies since the first one.

Spider-Man 2 remains the best Spider-Man movie to this day. It did a fantastic job showcasing the struggles that a man faces who is a typical down on his luck guy and also a masked vigilante. The emotion was also on point. Harry telling Peter “You killed my father” and Peter coldly replying “There are bigger things happening here than me and you” still gives me chills. Throw in a great, multi-layered villain with Alfred Molina’s Doctor Octopus and a slew of fantastic action set pieces, including the always fantastic train sequence, and you have a near-perfect Spider-Man movie. It loses points for the continued annoyance that is Mary-Jane and lack of epic one-liners. Apart from that, it’s solid. Spider-Man 3 was where Sony began dropping the ball. I watched it again in preparation for this article and I was surprised by how much I actually enjoyed it. Don’t get me wrong, it is by no means a good movie. Take away the emo dance sequence(s!), That 70’s Venom, Harry’s amnesia, a cynical Peter Parker, a singing Mary-Jane, a just-for-laughs J. Jonah Jameson, a horribly miscast Gwen Stacy, a Green Goblin that isn’t green or a goblin and the relentless jazz music, and you might actually end up with a good Spider-Man movie. We are left with an enjoyable few minutes with a great villain in Sandman, a very cool looking black Spidey suit (which may be the closest thing we’ll get to a Miles Morales suit in a while) and a gravitas-heavy performance by Tobey Maguire. Other than that, this Spidey flick is better left in the sin bin.

Only 5 years after Spider-Man 3, Sony rebooted the character with The Amazing Spider-Man. For many kids, this was their first Spider-Man. I remember leaving the theatre in awe. I was amazed by Andrew Garfield’s performance and loved the new Gwen Stacey. I’ve never laughed so much in a Spider-Man movie. Needless to say, my initial reaction was very positive. But after the amazement wore off and I objectively reviewed the movie, I found that it wasn’t all that great. Good, just not great. Andrew Garfield is fantastic as Spider-man. Unfortunately, his Peter Parker wasn’t as endearing as Toby’s. He was a punk skater with great clothes, he had a personality you could pull through a ring and definitely had the looks to get a girl like Gwen Stacey without having the powers of an arachnid. He was a cool guy, which is something Peter isn’t supposed to be. Throw in a less than stellar villain with The Lizard, a different origin story just for the sake of being different, yellow eyeglasses and ten minutes with Uncle Ben trying to give the responsibility speech without actually saying “With great power comes great responsibility” and you have yourself a missed opportunity.

The Amazing Spider-Man 2. Yeah. That’s all I’m going to say about that. Just a hint: it’s so bad that it effectively led to the cancellation of two sequels and a number of spin-offs. Which brings us to the present. Sony and Marvel have struck a deal to include the character in the MCU, effectively bringing the character home and renewing interest and hope for our favorite wall-crawler. We knew that he would be introduced in Civil War and that he would be played by Tom Holland. What we didn’t know was what to expect. After waiting for the amazement to wear off and meticulously evaluating everything that was Spider-Man in the movie, I can assure everyone what our worries are over. Tom Holland is Spider-Man.

Holland is currently 19, making him the youngest actor ever to portray Spidey. Because of his youthfulness, his Peter Parker will remain in school for at least three films. Gone is the drama of looking for a job, balancing adult relationships and paying rent. We’ve had enough of that. Kevin Feige has stated that they will take the John Hughes approach with the new films. Think The Breakfast Club and expect the first movie to start with “Don’t you forget about me”. As always, it’s good to respect the past and embrace it. Holland has a bit of Maguire and Garfield in his portrayal of the wall-crawler. As Peter he is an outcast; a dumpster diver whose only best friend may just be his Aunt. He has the awkwardness of Maguire with a bit of youthful excitement. When he puts on the mask, he transforms into the one-liner spitting, big mouthed hero that Garfield so wonderfully brought to life as well. For his limited screen time and age, he displayed a great amount of understanding of what a hero should be. His line to Tony: “When you can do the things that I can, and you don’t and bad things happen… it’s on you” really encapsulated everything that Tom Holland’s Spider-Man stands for. He is the child between the adults. The Avengers are his mentors, the big league for which he strives to be a part of. He doesn’t only rely on past portrayals for inspiration, there is definitely uniqueness in the way he talks, walks and swings.

His suit is also on point. Marvel went classic with the suit, rather opting with simple but yet defined black webbing on the suit and maybe the best part – eyes that can move! Finally, we will get a Spidey who can display emotion even with his mask on. His powers remain the same, he displayed his advanced acrobatic skills in Civil War, he clings to walls because of a spider bite and he developed his webbing fluid himself. The Andrew Garfield Spider-Man ordered his webbing from Oscorp, a direction that still baffles me. This time around, only Peter Parker can be Spider-Man and only Tom Holland can be Peter Parker. The most important aspect of this Spider-Man is that he is kid friendly. Children will go see this movie and leave the theatre mimicking the classic hand gesture until the next comic book movie comes out. They will buy Spidey toys and look up to him as a peer and a role model. This doesn’t mean that adults won’t enjoy him as well. You’re never too old for Spider-Man. There are some that will complain about the character’s cartoony and lighthearted approach and would want him to go “dark”. Remember that Sony tried just that with The Amazing Spider-Man, and it didn’t really work. It’s the golden rule: keep colorful characters colorful and keep dark characters dark. That is exactly what went wrong with Man of Steel. You can’t take a colorful character such as Superman and inject him with Batman-juice.

I was nine when the first Spider-Man movie came out and since then he has been my all-time favorite onscreen hero and for the first time in forever (queue the Frozen song) we have a Spider-Man that will be a nostalgic reminder of the past and an exciting reason to be excited about the future. When the big white letters “QUEENS” appeared on the screen in Civil War, the entire theatre cheered. He is just a kid from Queens. That was it again. I’m sold on anything that comes after that. Marvel is yet to miscast a hero with a suitable actor and this is the casting to beat. Tom, thanks for making all our spider-senses tingle with joy again. He is not too Tobey. He is not too Andrew. Tom Holland’s Spider-Man is perfect. 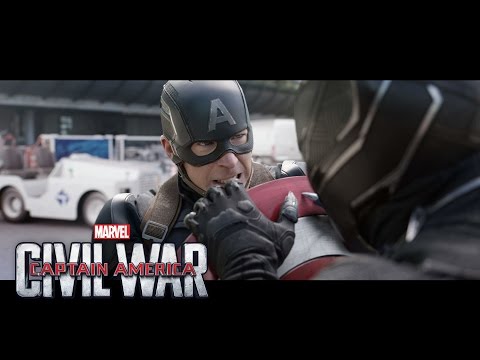