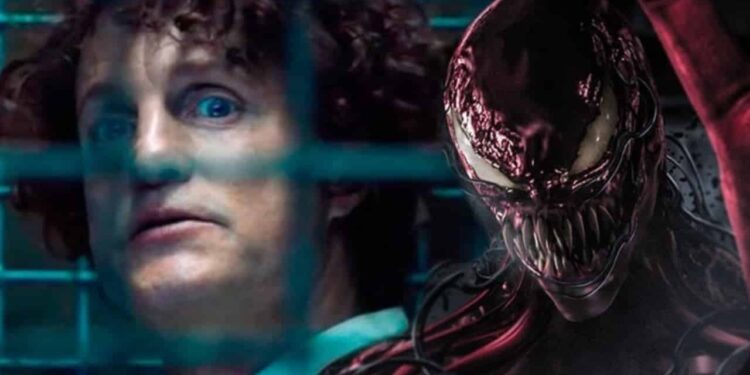 After announcing a delayed release date, and the film’s official title, Tom Hardy has posted a new teaser video for Venom: Let There Be Carnage on Instagram.

As you can see below, the new title flashes in bloody red as the ominous music score builds until it reaches a crescendo with the “carnage” in the title glowing red. We then also get the films updated released date, 6.25.21.

While we don’t get to see any footage for the upcoming sequel just yet, the clip has garnered a lot of likes from excited fans of the franchise.

The film’s title obviously refers to supervillain Carnage, an evil nemesis of Venom. The character, played by Woody Harrelson, was introduced in a post-credits scene in the original Venom film. With his name in the title, it’s pretty obvious that Carnage will be playing a large role in the story. This is exactly what comic book fans were hoping for.

Venom: Let There Be Carnage is directed by Andy Serkis based on a screenplay by Kelly Marcel (Venom, Fifty Shades of Grey, Saving Mr. Banks).