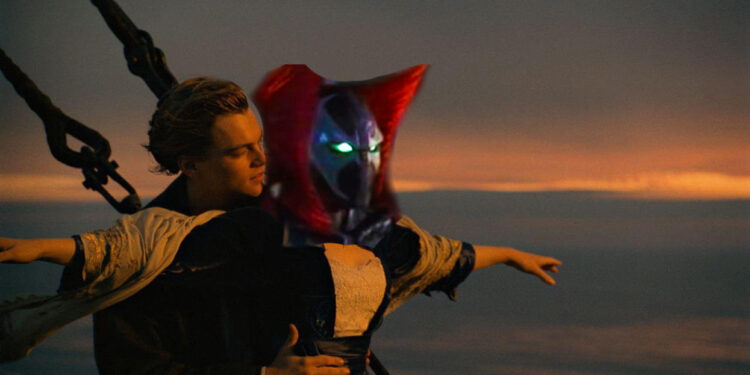 After years of talk and long periods of waiting, it looks like the Spawn reboot might finally happen. The comic book creator took to the stage at San Diego Comic-Con 2017 to announce that horror/thriller movie studio Blumhouse Productions will be backing the film, and McFarlane directing it himself. Now, McFarlane has also revealed that he has one very specific actor in mind to play Twitch in the upcoming film: Leonardo DiCaprio.

Speaking to Vulture, Todd McFarlane revealed that he wrote the lead with DiCaprio in mind:

“Given that the big lead was Twitch [an NYPD Detective who comes to track Spawn], when I was writing, I had Leonardo DiCaprio in my head. I don’t know if people have seen The Wolf of Wall Street, but there is a manicness in him, he was going up and down, and up and down, and up and down; it was almost dizzying, emotionally, to go with him. And there are parts in this movie where I’m going to need an actor to be able to make those moves. Both in terms of normality, in terms of manic, in terms of anger, and in terms of joy – and be able to go to some extremes in it.” Anyone who knows McFarlane is aware of his absurd statements and hopeful notions. You have to wonder what this Spawn script actually reads like if it’s inspired by Steven Spielberg’s Jaws and stars Leonardo DiCaprio as a police officer – and ultimately only has a budget of $10 million.

McFarlane, who hopes to get production started later this year, also mentioned that it will most probably be more of a horror movie than a superhero one:

“I’d put it more into horror/suspense/supernatural genre. If you take the movie The Departed meets Paranormal Activity, something like that. In the background, there’s this thing moving around, this boogeyman. That boogeyman just happens to be something that you and I, intellectually, know is Spawn. Will he look like he did in the first movie? No. Will he have a supervillain he fights? No. He’s going to be the spectre, the ghost.”

For those who don’t know, Spawn is Al Simmons, once the U.S. government’s greatest soldier and most effective assassin, mercilessly executed by his own men. Resurrected from the ashes of his own grave in a flawed agreement with the powers of darkness, Simmons is reborn as a creature from the depths of Hell. A Hellspawn. Now Spawn must choose between his life on Earth and his place on a throne in Hell.