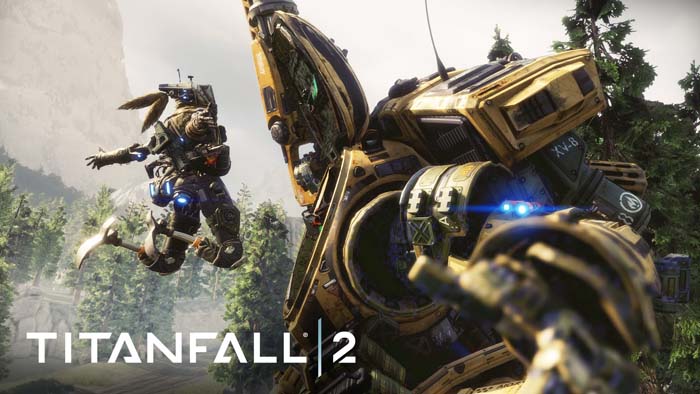 As a young kid of the 80’s I have always been enamored with robots, from Transformers to Johnny five. Robots and their relationships with humans have always fascinated me. So when the original Titanfall was first announced I got all giddy at the prospect of a game letting me pilot huge robots, just like in the film Robo Jox (which most people probably haven’t seen). Unfortunately, even though Titanfall’s multiplayer felt fresh and new in a genre dominated by military shooters, there was a very noticeable lack of a fleshed out single player campaign. Titanfall 2 aimed to remedy this by including it’s much lauded multiplayer and a brand new campaign mode that promised to explore the bond between a Titan and his Pilot. 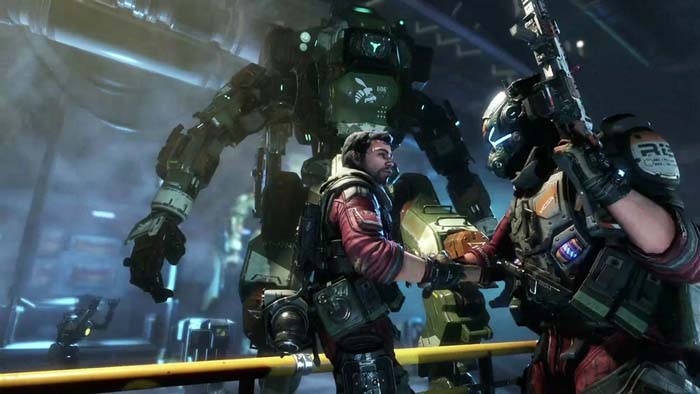 [dropcap]A[/dropcap]s can be expected from the team behind Call of Duty 4: Modern Warfare the campaign starts off with a bang. Players take on the role of Jack Cooper, a Frontier Militia rifleman, who dreams of piloting his own Titan (wouldn’t you?). After a mission goes awry (as they tend to do) leaving master pilot Lastimosa, Jack’s commanding officer, killed in action and his Titan BT-7274 severally damaged, Jack gets promoted to the role of Pilot. It’s now up to Jack and BT to complete Lastimosa’s mission at all costs.

What really stood out for me (especially in the first mission) was the way in which Respawn cleverly creates levels that let player familiarise themselves with the traversal abilities of a Pilot as well as getting players acclimated  to manoeuvring a Titan without it feeling like your usual tutorial mission (you know the one, go there, kill that jump there). It is all done quite a subtle and really clever way. 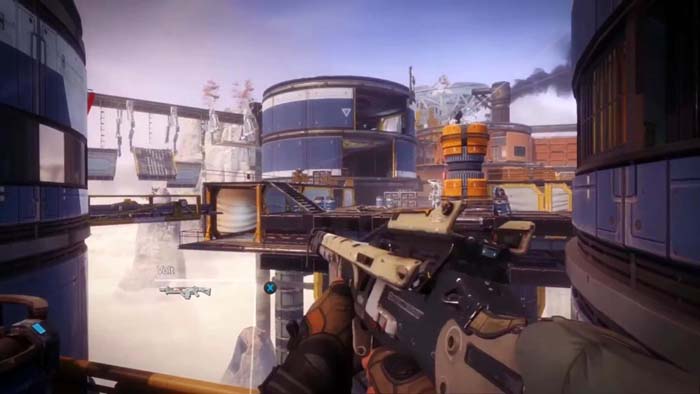 Although my first few attempts at being an agile Pilot failed miserably (mostly due to my incompetence), after I got the hang of it I found that quickly moving through the environments tended to be quite exhilarating. Wall running, double jumping and sliding all opened up new tactics for players to employ in various situations. These abilities not only affect the way in which players traverse their environments but how they decide to take on enemies. Thanks to the responsive controls I quickly found myself being able to constantly stay on the move while firing at my enemies (although initially, I died a lot). The secret to not dying all the time in Titanfall 2 (which I only realized after dying all the time) is to constantly keep moving. This might seem like a difficult task, but thanks to the intuitive and responsive controls even a terrible first person shooter player like myself felt like an invincible superhuman at times, running up walls and mowing down enemies.

This not only proved true as a Pilot but as a Titan as well. Now, even though I initially died a lot I never once felt frustrated at the prospect of starting over at a checkpoint. This was in part due to the fact that each encounter offered me various ways in which to eliminate my enemies, and figuring out which one would suit my play style was part of the fun. 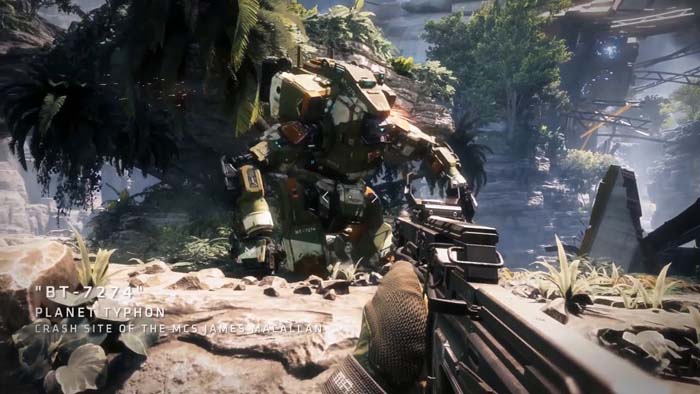 I found it refreshing that the narrative, although focusing on the war that Jack found himself in, also focused on the bond between the Pilot and the Titan. I soon discovered that I actually started caring for BT (What can I say, I’m a sucker for giant robots) and missing his quips and advice when being forced to split up at certain sections. Splitting up happens at various intervals of the campaign. Initially, I though that these sections where I would be stuck without BT would be less enjoyable, as nothing beats having a giant robot to ride in. This actually proved not to be the case as the responsive controls and interesting traversal mechanics made even playing as a squishy human enjoyable.

It is clear from the beginning that Respawn wants players to form a bond with BT as players are even offered simple dialogue options when in conversations with the Titan. Although these don’t add much with respects to gameplay, emotionally they helped me to connect with BT. There were moments, however (especially in the heat of battle) where these dialogue options would prove to be a tiny distraction but luckily these moments were few. Another welcome addition is Titan vs Titan boss battles, which are seamlessly integrated into the narrative. Although these tended to dilute into mindless shooting most of the time, there were moments where I had to think on my toes. These battles did help to shake things up a bit and allowed me to try out BT’s new toys (some really big toys) that players will acquire throughout the campaign. 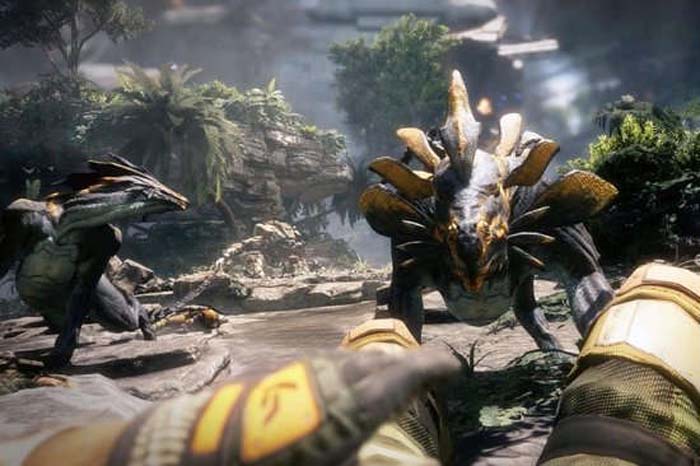 Overall the main campaign does a great job of not only getting players used to the mechanics of the game but also in telling a mostly gripping and emotional tale of friendship and the bond between those finding themselves in the midst of a war. The story does fizzle out towards the end but it culminates in a satisfying way, leaving just enough of it open for a possible sequel (or threequel, if the original counts). When the end credits rolled I felt like I had just watched a great buddy movie, and it was at this moment that I realized that that was exactly why the single player campaign worked.

Now the main question on a lot of gamers’ minds is, ‘How good is the multiplayer?’  The good news is that multiplayer still features the same tight responsive controls and fluid movement from the first Titanfall, but it is noticeable that theses mechanics have been tweaked a bit. Although still fluid I found that traversal felt a bit slower than in the original Titanfall. Players will still be doing their fair share of jumping and wall running (as standing still will likely get you killed) but it definitely feels a tad slower. What does help speed things up is the introduction of a new grappling hook mechanic that can help players get to higher ground a lot quicker. There are new load outs for both Titans and Pilots. Although a Pilot’s loadout can be fully customized with different weapons, which unlock as you level up, the load outs seem to be more themed around specific roles. Pilots can now also unlock new abilities (of which the grappling hook is one). These abilities help players customize their Pilot to fit their play style. Want to go sneaking past enemy lines, then equip an invisibility cloak. Want to be a bit more aggressive, then the pulse blade, a sonar-emitting knife, might be more your style.

Similarly, Titans have also gone through a welcome change as players can now choose between six distinct robots of death, each with their own suite of abilities. This makes Titan against Titan battles a lot more interesting as each not only has unique abilities and weapons but look visually distinct as well. So when facing off against another Titan players will have a few seconds to identify the Titan (before they blow you up) and figure out how best to counter them. Titans no longer feel overpowered thanks to the newly tweaked Rodeo mechanic that encourages Pilots to get on top of the enemy Titans and remove their energy cells. Removing these cells weakens the Titan, and inserting these cells into a friendly Titan heals it. This makes the likelihood of a Pilot singlehandedly taking down a Titan a rare yet real possibility. 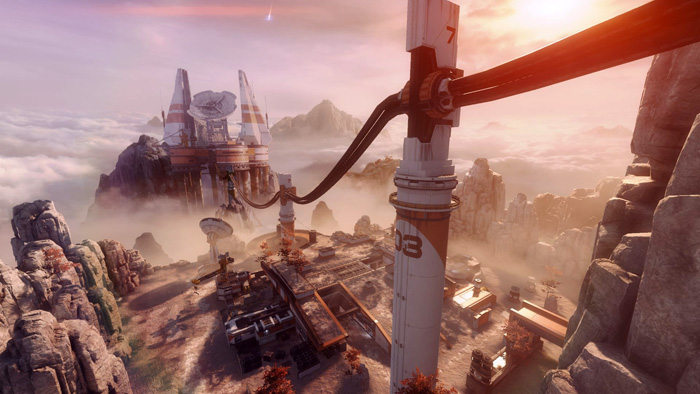 Each map now also feels like it has more breathing room for combat to take place. There are moments when players will find themselves with enough time to carefully plan their assault and figure out how best to deal with specific situations. These moments of respite helped me get my head back into the game, especially after being caught in a fast paced firefight. Maps seemed more focused on exterior environments which not only perfectly suits the traversal mechanics but the new grappling hook mechanic extremely well. There’s no doubt that Titanfall 2 feels like the thinking man’s shooter.

Some modes such as Attrition, which blends Team Deathmatch with Pilots, Titans and groups of AI grunts make a return, while there are also some more straight forward modes such as the classic Team Deathmatch and free-for-all modes, Pilots vs Pilots, Capture the flag, Last Titan Standing, and Amped Hardpoint that plays similar to Domination. The last of these modes is Coliseum, that as you can guess drops a player in a walled off area where they face off against another Pilot.

My favorite of the multiplayer mode definitely is the new Bounty Hunt mode that sees players race to kill neutral groups of grunts, thereby earning money. As can be expected it’s not as easy as it sounds as players then need to cash in their earnings in-between waves without being killed by their opponents. 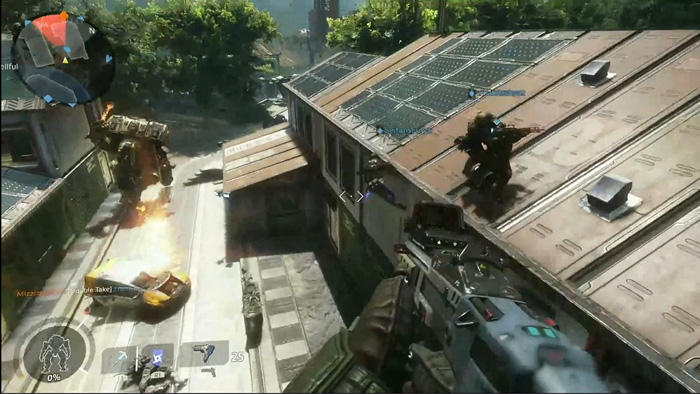 As a gamer who is rarely attracted to first-person shooters, I found myself drawn to Titanfall 2 (I blame the giant robots), and I am really glad I was. Titanfall 2 focuses on the franchise’s strengths, from the traversal mechanics to of course the Titans. Each of these elements gets time to shine in the single-player campaign, and with its endearing tale focusing on the bond between a Pilot and a Titan I found myself wiping away a tear at the end (hey, what can I say I’m an emotional guy). Multiplayer still feels fast-paced (even if it has been tweaked), and calling down a Titan is still just exhilarating. Titanfall 2 succeeds in what original Titanfall set out to do and understands that dialing things back a bit and giving players some room to breath is sometimes necessary. To sum it all up, Titanfall 2 is a fun game to play. Now excuse me while I get back to fending off some more Titans.