It’s no secret, how much I adore comics. With two older brothers, I was leafing through comic pages and soaking up the visual feast long before I could actually read. As a teenager, the book, ‘Understanding Comics: The Invisible Art’ by Scott McCloud, gave me a real appreciation for why I couldn’t get enough of comic book art.

“The potential of comics is limitless and exciting!”

“The picture-story, which critics disregard and scholars scarcely notice, has had great influence at all times, perhaps even more than written literature.”

Now I’m a great one for “written literature” but I also love really good illustration – and when you combine a powerful story with jaw-dropping graphics, that’s when true magic is made.

Which brings me to the recently relaunched A1 Annual published by Titan Comics. Originally created in the 80’s by Dave Elliot (who is also leading its current revival) the A1 was and now once again, is, a monthly comic book series showcasing the talents of new and established writers and artists – providing a venue to explore alternative ideas and creativity away from corporate brands. The A1 Annual anthology however is NOT a collation of this monthly series but a completely fresh collection of works, both old and new.

For someone who truly loves comics – the A1 Annual is a fun-sized chocolate box of assorted awesomeness! Some of the artwork in here will make you squeak with delight. I particularly enjoyed the decision to open the Annual with a classic offering from golden age legends Steranko and Kirby. It was such a nostalgic reminder of similar works I read as a child, I just couldn’t stop smiling.

The black and white ink work by Sandy Plunkett in ‘Tales of Old Fennario’ is pure artistry. You may find yourself, like I did, examining the panels for ages and occasionally forgetting the story altogether.

I also discovered a brand new lovely that I’ve never come across before, ‘Weirding Willows’ by Dave Elliot himself along with Jessica Kholinne and Barnaby Bagenda. The story is made up of a collection of storybook characters, such as Alice from ‘Alice in Wonderland’, Badger from ‘Wind in the Willows’ and more. It’s superbly illustrated by Bagenda and left me searching online for more!

That’s the best thing about anthologies – discovering new stories and artwork you’ve never been exposed to before. The flip-side however is also true, you’re going to stumble across some you may not enjoy at all. There were a few works in here I personally just couldn’t warm to but far less than I imagined. It goes to show that this is a really well-balanced selection of work.

There is also a section devoted to the idea of the comic book as art. ‘Image Duplicator’, is the comic world’s response to how comic book art has been appropriated(read ‘stolen’) by ‘true’ artists for profit. It’s a fantastic excursion from the main body of work that doesn’t weaken but rather adds to the collection.

I do have a criticism of the A1 Annual and it’s to do with chapter divisions. There are pictures throughout the annual of coffee. Yes, mediocre photographs of coffee and coffee art, interspersed with not-so-interesting factoids about the aforementioned beverage. Are you confused? Because I was. It made me feel as if someone had stuffed a brochure for a neighbourhood coffee shop in my high-end comic book anthology. Things that make you go, ‘Huh?’. This was one of them.

If you can forgive this completely random fail (coffee art, really? It’s not even illustrated!) and a few spelling mistakes, the A1 Annual will make it up to you in many other ways. It’s a truly great collection that reminded me once more of why I fell in love with comics to begin with – because it proves what Scott McCloud said is true, the potential of comics is truly limitless and incredibly exciting. 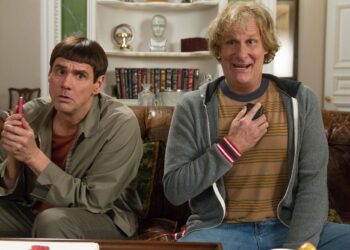 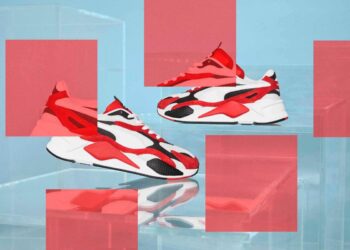