As everyone mourns the death of champion boxer Muhammad Ali, who died Friday night at the age of 74, we take a look back at a legendary comic book. In the ’70s, Superman had already featured the likes of real-life American icons John F. Kennedy, Jerry Lewis, Pat Boone and Steve Allen. It’s no surprise then that the greatest comic book hero took on the greatest boxing champion in a boxing match in order to save the planet. Yes, you read correctly Muhammad Ali fought Superman. 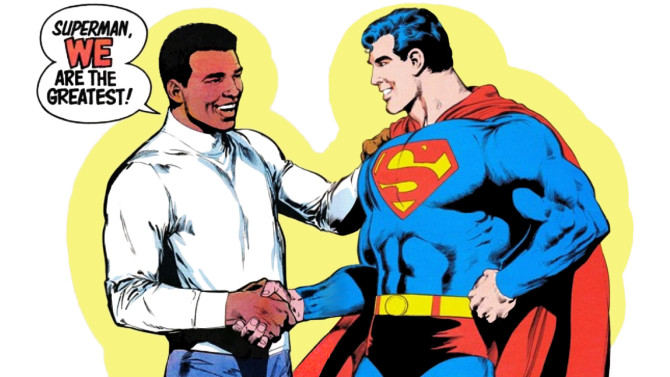 The 72-page Superman vs. Muhammad Ali was published in the spring of 1978 and features The Man of Steel teaming up with the heavyweight boxing champion to defeat an alien invasion of Earth.

Superman volunteers to fight off an invading alien horde but the aliens contend that he is not a true Earthling.

Muhammad Ali challenges Superman and the winner of the fight would go on to defend Earth.

That’s right, the oversized comic book showed that Muhammad Ali was champ both in reality and fantasy. Of course, it’s completely ridiculous and the comic has gone on to be a bit of a laughing matter amongst comic book fans. 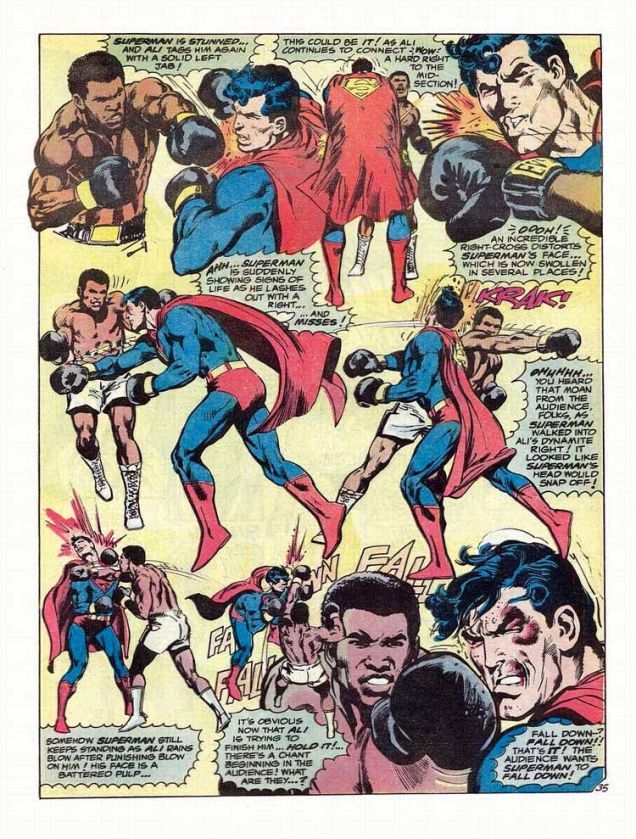 That being said, there is something remarkable about the Muhammad Ali vs Superman comic. It’s propaganda in its greatest form.

Everything from the wraparound cover illustrated by Neal Adams that shows a host of late 1970s celebrities, including The Jackson 5, Yoko Ono, U.S. Presidents, Ron Howard of Happy Days, the cast of Welcome Back, Kotter (which includes Gabe Kaplan and John Travolta), and many others, to the awesome training sequences in the Fortress of Solitude, it’s all epic.

“To me the idea was to make Superman human,” Adams told Nerdist. “He may be part of the same species — but super elevated in some way — but without that (image) you don’t get a sense for the character.”

Think about it. Can you believe Muhammad Ali fought Superman? And won.