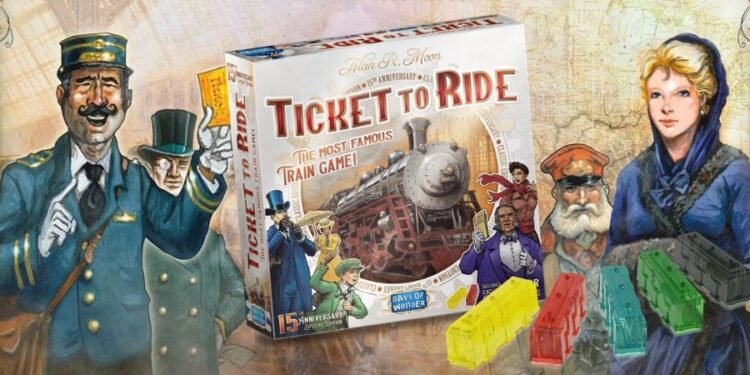 15 years ago, a board game released that would take the world by storm. Ticket to Ride took the mundane theme of building train routes and turned it into something fun and engaging. In fact, over the years, the game has become what many have touted as “the gateway game into modern board gaming”. Many, many versions later, Days of Wonder is celebrating the 15th anniversary with a re-release of the original, called Ticket to Ride 15th Anniversary Edition. 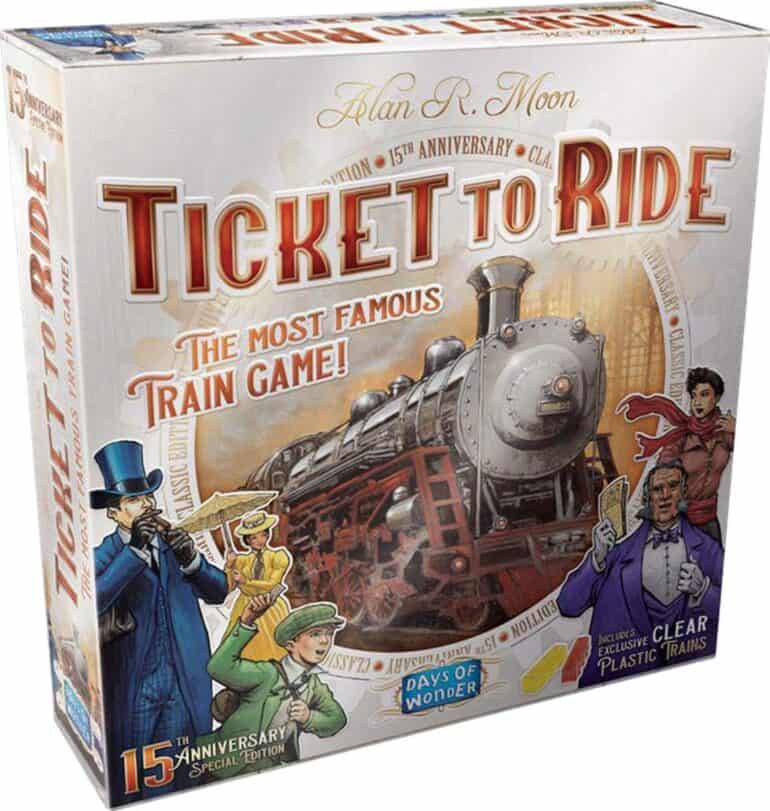 What does the game consist of?

Ticket to Ride 15th Anniversary Edition, as with the original, revolves around building various train routes and attempting to complete destination tickets for points. This sounds deceptively simple, but there is quite a bit of strategy involved in becoming the next big Railroad Tycoon.

The box contains both destination and train cards, wooden scoring markers and the board.

What makes this version different to the original release is that you now get clear plastic trains instead of the solid plastic ones, as well as a Retrospective booklet that details the history of the board game.

The cards are all made of great quality stock, and the translucent plastic trains just make the game pop once it is set up on a table. 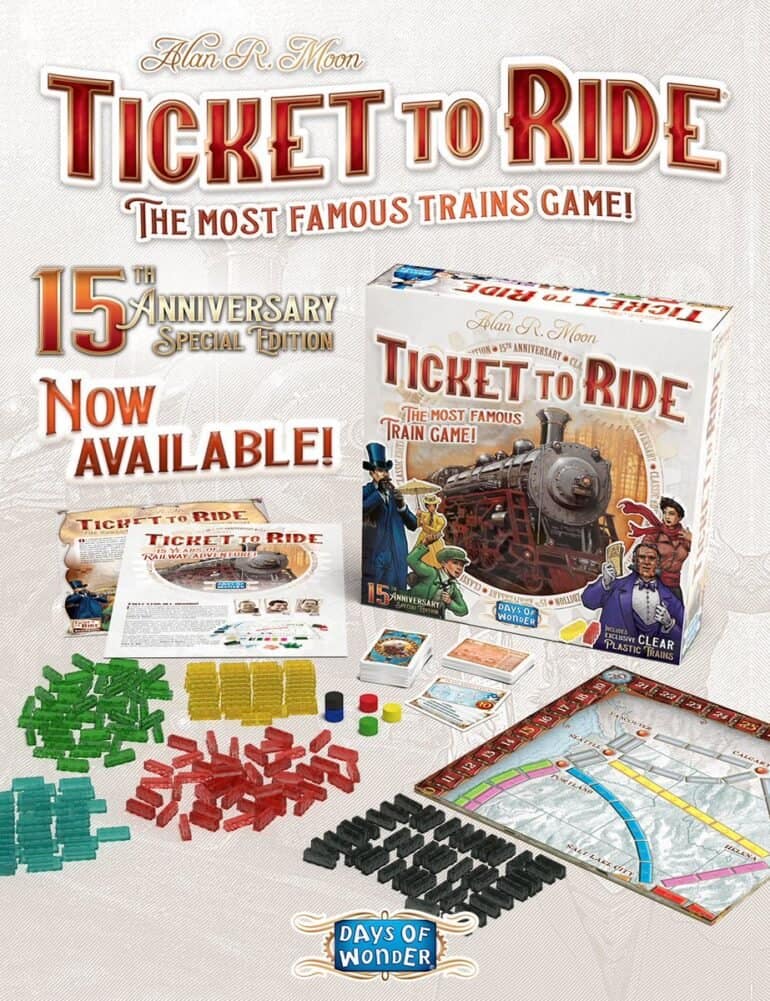 How does it work?

As mentioned before, Ticket to Ride 15th Anniversary Edition tasks players with becoming the next big Railroad Tycoon.

Each player is given three destination cards/tickets. These indicate routes between cities that need to be completed in order to score a certain number of points. Players then choose which two they would like to keep.

Along with these, each player is also dealt a hand of four train cards. Each train card has a colour that corresponds to routes on the board. The remaining train cards are placed face down in a deck on the table with five turned face up. 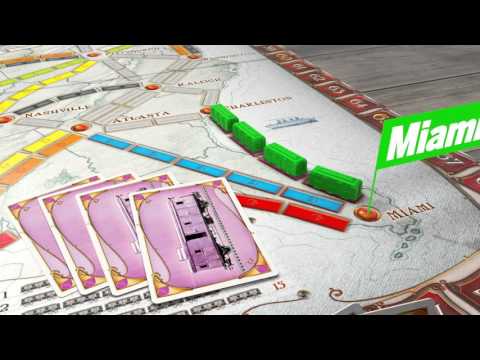 Players then take turns with each player having to choose between three options on their turn:

Grab a route: What would a train game be without train routes? Players can play a set of matching coloured train cards from their hand in order to claim a route. In other words, if a route is three blue squares long, the player needs to place three blue train cards to claim that route. When a route is claimed, you can place your plastic trains on the route.

Players continue to perform one of these actions on their turn until they have two or fewer plastic trains in their supply. When this happens, everyone is given a final turn and the points are then calculated.

The player with the longest continual route gets an extra 10 points and the one with the most points wins. 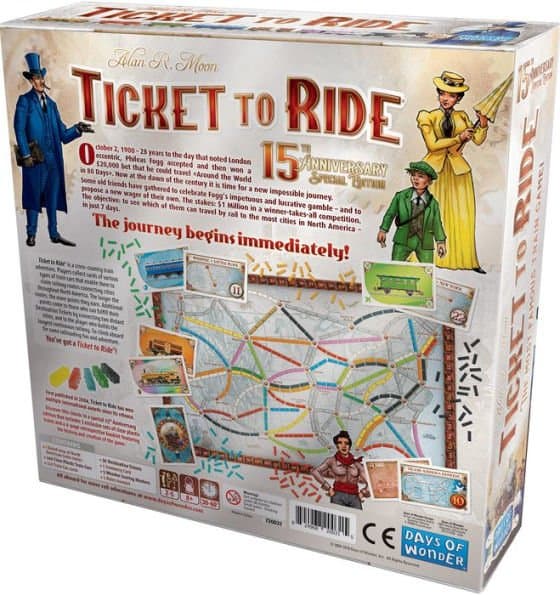 What did we think of the Ticket to Ride 15th Anniversary Edition?

One of the great things about Ticket to Ride is that it is a game that is easy to learn and teach. Most people tend to grasp the game and its nuances after just one session. That’s just one of the many reasons why it still remains one of the best introductory board games.

As with all the previous versions, the components in the Ticket to Ride 15th Anniversary Edition are top-notch. The translucent trains are a nice touch along with the booklet detailing the history of the board game. I just wish it included a few more extras.

After 15 years, this still remains one of the must-have board games out there.

For more information on the Ticket to Ride 15th Anniversary Edition, visit solarpop.co.za. The game retails for just over R1000 locally.

Ticket to Ride 15th Anniversary Edition is still one of the best board games for those that are looking to get into the board gaming hobby.