Everything that was old is new again. The 80s has returned in film, TV and video games. Here we’ve selected a few of our favourite 80s cartoons that deserve live-action movies.

Even kids that weren’t born in the decade agree: the 80s were awesome. It’s not even the rose-coloured glasses talking here – it’s just the facts. The sheer amount of unique cartoon shows and other pieces of iconic pop culture pieces redefined the way we perceive television, movies, music, and even technology! As we know, Hollywood always operates based on trends, but there’s one big exception to this fundamental rule: the 80s are always in vogue. For that, we’ve made our list of 80s cartoons that we believe would make incredible live-action movies, in no particular order.

Released in 1986, The Centurions followed the same formula as many shows of the decade. That is, the entire cartoon was a thinly-veiled commercial for some awesome toys. Despite that, The Centurions still lives fondly in the memories of many 80s kids as the Western alternative to anime shows like Saint Seiya.

The story revolves around three brave men wearing exo-suits that are the Earth’s last line of defense against the evil forces of Doc Terror. Considering how popular superhero teams and collectables are these days, it’s almost too surprising to see that no one has revived the Centurions IP yet.

Following the success of the ThunderCats – a series that also deserves its own live-action film, might we add – the SilverHawks delivered some of the same action that the feline team was known for, but this time in space!

The series began airing in 1986, featuring some of the classic elements of 80s cartoons that are, at first glance, so easy to replicate but so hard to get right. SilverHawks presented a diverse team of heroes known as – you guessed it – the SilverHawks, whose only task is to stop the evil alien Mon*Star. It’s a great nostalgia watch that would definitely make a decent live-action sci-fi flick.

Saber Rider and the Star Sheriffs

As you can see, space exploration and sci-fi were big back in the 80s. Almost every show had to include a “space patrol” of some sort if it wanted to be successful. When all else fails, though, you can always get the rights to an anime show, rewrite some of the scripts, and market it as a completely different show. It would work for the Power Rangers, and it worked for Saber Rider and the Star Sheriffs.

Originally titled Star Musketeer Bismarck in its native Japan, Saber Rider was a show about a group of interplanetary lawmen that must ensure the sustainability of human life far away from Earth. Their enemies are the Outriders – interdimensional beings that also command an army of giant robots, as every anime villain from the 80s does.

He-Man and the Masters of the Universe

He-Man comes from the Kingdom of Eternia – which, in retrospect, is a more than fitting name: Masters of the Universe is one of those 80s franchises that just keeps coming back every few years.

The adventures of the Masters of the Universe essentially need no introduction: even if it’s just through cultural osmosis, everyone knows who Skeletor is, or that He-Man needs to raise his sword to gain his superhuman powers. Considering the hoard of new Masters of the Universe material produced by Netflix in the last couple of years, a new live-action He-Man movie is inevitable at this point.

Of all the 80s cartoons, He-Man deserves a movie franchise the most.

Visionaries: Knights of the Magical Light

One of the most obscure franchises on our list, Visionaries: Knights of the Magical Light released in 1987 – but the show failed to capture the attention of the audiences with the same strength as He-Man and some other contemporaries. It’s a shame, though, because Visionaries had a lot of potential as far as sci-fi/fantasy shows go.

With a toy line produced by Hasbro, the team behind Visionaries bet everything in the show being the next toy-selling success. It even had a comic book published by Marvel! Perhaps this team of cybernetic wizards might find a second wind with a live-action adaptation.

It’s clear that toys were a major selling point of animated TV shows in the 80s. The studios usually produced these series as a tie-in for a new toy line, just like what happened with Kenner’s M.A.S.K. action figures.

In 1985, kids everywhere gathered around their TVs to watch the valiant forces of M.A.S.K. battling against the evil forces of V.E.N.O.M. Meanwhile, parents everywhere were flabbergasted by the ever-growing list of action figures they had to buy, according to the show. Maybe a live-action version of the show is just what we need to revitalize the dormant action figure market?

Part Jurassic Park, part Transformers, all awesome – the Inhumanoids were carefully crafted to appeal to anything that an eighties kid would unequivocally consider cool. The series made its debut in 1986 and, of course, it was released the same year as the Inhumanoids toy line produced by Hasbro.

The show saw a group of scientific superheroes taking on the aforementioned Inhumanoids with the help of elemental beings known as the Mutores. Again, since superheroes are all the rage in modern Hollywood, an alternative super team like the Inhumanoids would make perfect sense for a live-action production.

If you think that Marvel is big today, you should have seen it back in the 80s. As one of the major comic book publishers in the biz, the publishing house made comics about all sorts of franchises, from Robocop to Dungeons & Dragons. Among these non-superhero comics, Dino-Riders was one of the most influential of the bunch.

In 1988, the Dino-Riders came to the small screen in their own animated series, which presented the same plot as the comics. The story sees the Valorians fight against the Rulons, with both factions riding dinosaurs into battle. As a little bit of trivia, the tyrannosaurus rex toy from the Dino-Riders toy line was the basis for the design of Rex, the friendly green dinosaur from the Toy Story series.

With Jurassic World finally out the way, perhaps it’s time for the 80s cartoon to finally get a movie.

What began as an animated sequel to both The Six Million Dollar Man and The Bionic Woman eventually turned into the Bionic Six. Directed by none other than Osamu Dezaki of Astro Boy fame, this show also features some bionically-augmented people that fight against Doctor Scarab and his goons.

Each member of the team has unique powers that make them essential to the Bionic Six, which is a dynamic that resonates well with today’s audiences, considering the success of any Avengers movie. With the right director on board – someone who wouldn’t shy away from the absurdity of the plot, like James Gunn – 80s cartoon Bionic Six would absolutely be a great live-action movie.

To conclude our list, we have one of the most bizarrely unique shows to ever come out of the eighties. BraveStarr sees Marshal BraveStarr and his trusty steed/companion, Thirty/Thirty, as they uphold the law and keep the evil Tex-Hex out of the peaceful planet New Texas.

This futuristic take on some classic western ideas already had an animated film produced in 1988, which also happened to be one of the very first animated movies to use computer-generated visuals. It’s not every day that we get to see an anthropomorphic horse wielding a blunderbuss – and that alone should be enough reason to make a BraveStarr live-action feature film.

Which other 80s cartoons do you think would make good live-action movies? 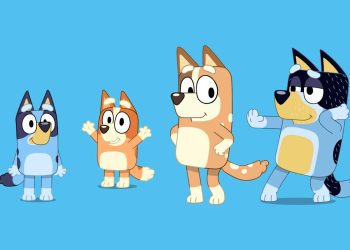