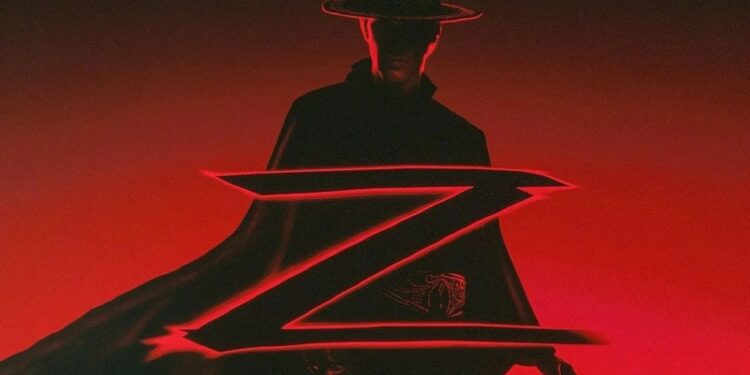 Out of the night, when the full moon is bright, comes the horseman known as Zorro – or, at the very least, that’s what Disney believes will happen when its new version of the classic swashbuckling hero makes his streaming debut sometime next year. This isn’t the first time the Zorro series has been slated for a reboot, but it might be one of the most divisive ones amongst fans of the source material.

Don Diego de la Vega might be the quintessential swashbuckling vigilante: mysterious, handsome, and suave as hell, Zorro has provided pulp entertainment for generations across its many iterations. The one that pertains to us at the moment is the classic 1957 show simply titled Zorro, as it seems to be the basis for the upcoming reboot.

It’s been ages since Zorro has been on TV or been rebooted. Those of us that remember the original 1957 show (through reruns, that is) grew accustomed to Guy Williams’s portrayal of Diego de la Vega. Along with his spectacular performance, some of Williams’s co-stars also became popular on their own merits, like Henry Calvin as Sergeant García.

At its core, the story of Zorro was about an aristocrat that fights the corruption of the Spanish regime in California, particularly against Captain Monastario, who controls the territory as an autocrat.

Thanks to his sword-fighting skills and penchant for theatrics, the Zorro becomes a legend and a hero for the people of Pueblo de Los Angeles. The story of a rich man that fights for the rights of the common people serves as the inspiration for many popular superheroes, the most noteworthy of them being, of course, Batman.

Something great about 1957’s Zorro is that it has become a timeless classic: its plot and characters are as effective today as they were more than half a century ago. Perhaps that’s why it is so baffling to hear that Wilmer Valderrama, along with Disney Branded Television, is planning to update the story for modern audiences.

Valderrama is better known for his role as Fez in That 70’s Show. The American actor has mentioned that he was a fan of the 1957 show growing up, even if there are some warning signs about the way this reboot seems to be being handled.

For starters, Valderrama has mentioned that growing up he always liked Zorro because it made him feel that a “Latino, like him, could be a hero.” Diego de la Vega is a Spaniard aristocrat, the complete opposite of a Latino character. This misconception seems to permeate the whole idea behind the new Zorro reboot, and it could prove a problem with Latin-American fans of the original show.

The story of the 1957 Zorro show was an eminently Californian story. This is a place that’s at the crossroads between Mexico and the United States – a location with its own rich and unique culture, one that would be a mistake to simply consider either completely American or Mexican at the time.

The idea of making the Zorro reboot a “modern telenovela” would be a huge mistake on Disney’s part, not to mention a massive disservice to the show’s unique setting. This is the kind of reboot we’ve come to fear in recent years: a product that’s incapable of understanding what made the originals so great in the first place.

Valderrama’s cast also remains a divisive decision. The story of Zorro might sound like a simple swashbuckling affair, but that doesn’t mean that the subject, and the rich cultural background of the character, should be treated without the respect it has earned over the years.

Tell us, what do you think of the casting of Zorro in the reboot?