The Witcher: Nightmare of the Wolf Review 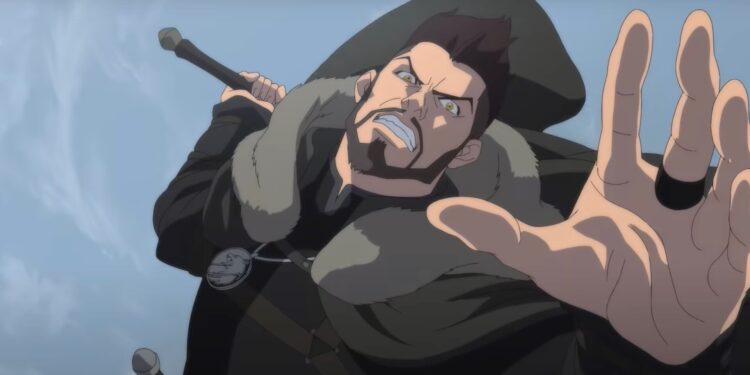 It’s just The Witcher’s world and we’re all living in it. But can the franchise be successful without Geralt of Rivia? That’s the question that The Witcher: Nightmare of the Wolf aims to answer.

Even if you’re a casual fan of the franchise who hasn’t read the books or played the video games, you’ll know all about Vesemir, Geralt’s mentor. However, not much is known about his past before then, and that’s the blank that The Witcher: Nightmare of the Wolf fills. The release of the film is also timeous, since Vesemir will be a central focus of Season 2 of the live-action show and it’s high time we get to know him better. 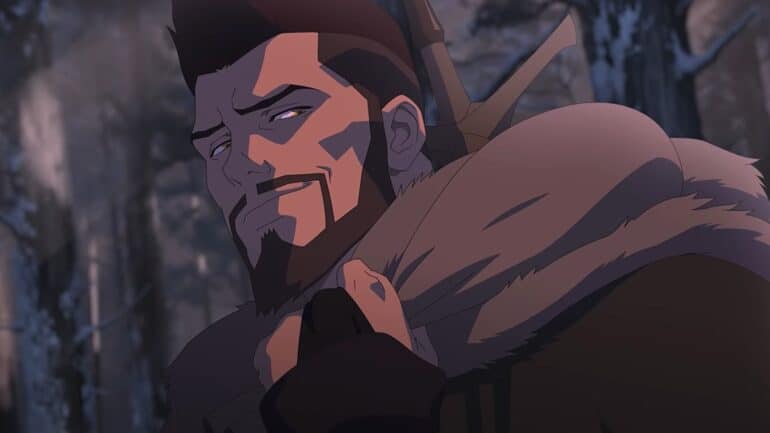 Right from the get-go, it’s clear that Vesemir and Geralt are total opposites in terms of personality. Vesemir is brash and talkative, fulfilling the cocky hero role. At the same time, though, there’s something equally endearing about him. He has all this power and influence, but his heart remains in the right place, which is largely due to his troubled childhood. It’s not hard to see that his best qualities might be the non-magical kind.

Like the live-action show, The Witcher: Nightmare of the Wolf has more than one timeline; however, this one is far less confusing to follow. We witness Vesemir as an adult witcher and as a child who follows Deglan because he wants more from his life. There’s a clear distinction of which storyline you’re following and where it fits in, so it won’t feel scattered or all over the place.

Apart from introducing Vesemir, this anime tie-in serves the purpose of exploring this world’s relationship with witchers and why there is animosity between the monster hunters and ordinary people. Without getting into spoiler territory, there’s a twist in this tale that’ll make you look at the history of witchers in a completely different light. In fact, you might start questioning everything you’ve ever thought you knew about them. 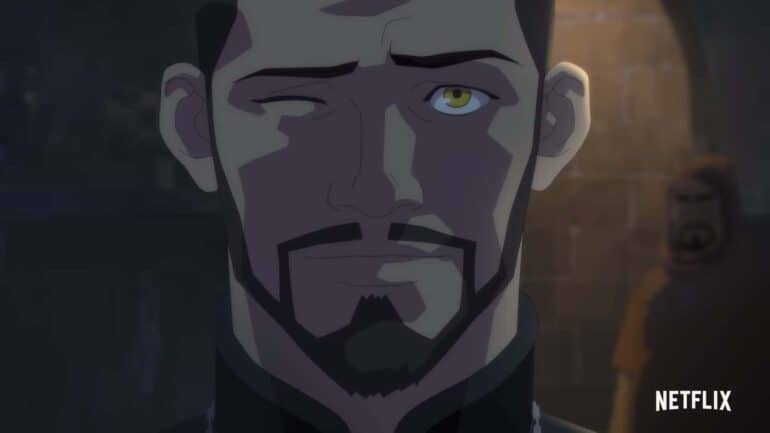 From an art perspective, it’s easy to draw comparisons to Castlevania here. Netflix definitely has a style that it looks for and it’s evident in The Witcher: Nightmare of the Wolf. Of course, there’s nothing wrong with it, since the world looks highly detailed while the character designs captivate you. Although, we would like to know which barber managed to cut the fade into Vesemir’s hair in those times…

While Theo James as Vesemir is the voice casting that everyone will be discussing, Graham McTavish steals the show—much like always—as Deglan. McTavish has established himself as one of the best voice actors around and he simply can do no wrong here either.

Overall, The Witcher: Nightmare of the Wolf does exactly what it’s supposed to do: bridge the gap in history. While Geralt might be the undisputed star of the show, Vesemir receives a much-deserved spot in the limelight. Hopefully, this won’t be the last anime that Netflix explores for this franchise, because the format works wonderfully in this world.