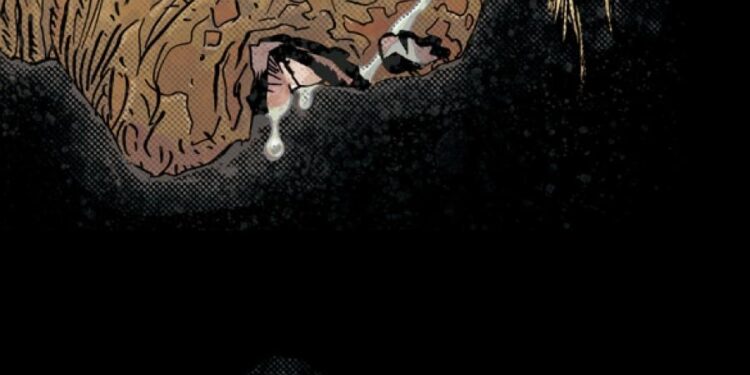 Lose your followers and you have lost it all. This is a reality that Rick is facing in The Walking Dead #148 as the people of Alexandria put his leadership up for questioning.

After Alpha’s killing spree, Rick’s followers are demanding justice and they do not want to wait in order to get it. With Rick trying to bide time in order to come up with a solid strategy, he might have to turn to look towards teaming up with a rather unlikely ally. Alpha is a threat, unlike any other, and Rick has come to realise this and the fact that dealing with the Whisperers will not be an easy task. The people of the town are not happy with Rick’s decision to let Lydia (the daughter of Alpha) go. Many of them want to hurt her in order to make Alpha feel pain and show emotion. But unknown to them, Alpha is rife with emotion as she realises what she has done to her own daughter is wrong. While Lydia does not want to be near her mother, she has no choice as the people of Alexandria want her dead. Carl and Andrea are escorting Lydia to the Hill top community leaving Rick to fend for himself as he is faced with rebellious followers. After a riot breaks out, Rick almost breaks the one rule; not to kill in the community. He realises he has to prevent an internal war and only one man can assist him. Negan’s intentions are unknown and whether he can be trusted is debatable but at this stage Rick has no other option.

The art is what we have come to expect of this title and being mostly a story telling issue. There are not many action panels beside the riot. Everything is easy to follow and the drawings work well at conveying the characters emotions.