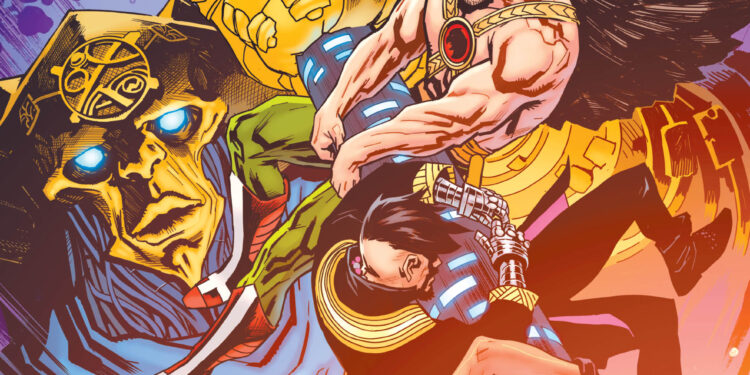 The Unexpected #7 picks up right where the last issue unexpectedly left off, with the emergence of the Anti-God, Dark Monitor and Mandrakk, as well as the revival and return of the Bad Samaritan. The trio of Hawkman, Neon and Firebrand have formed quite a stable team now, but they are on the back foot as Mandrakk proves to be a much great foe than Synn ever was. Alluded to throughout the series, the Vampire God is perhaps more powerful than this team is capable of defeating. Whilst the endangerment to their lives is tense enough for this story, the instability of Nil could threaten the entire Multiverse if it were to be destroyed in the ensuing battle. 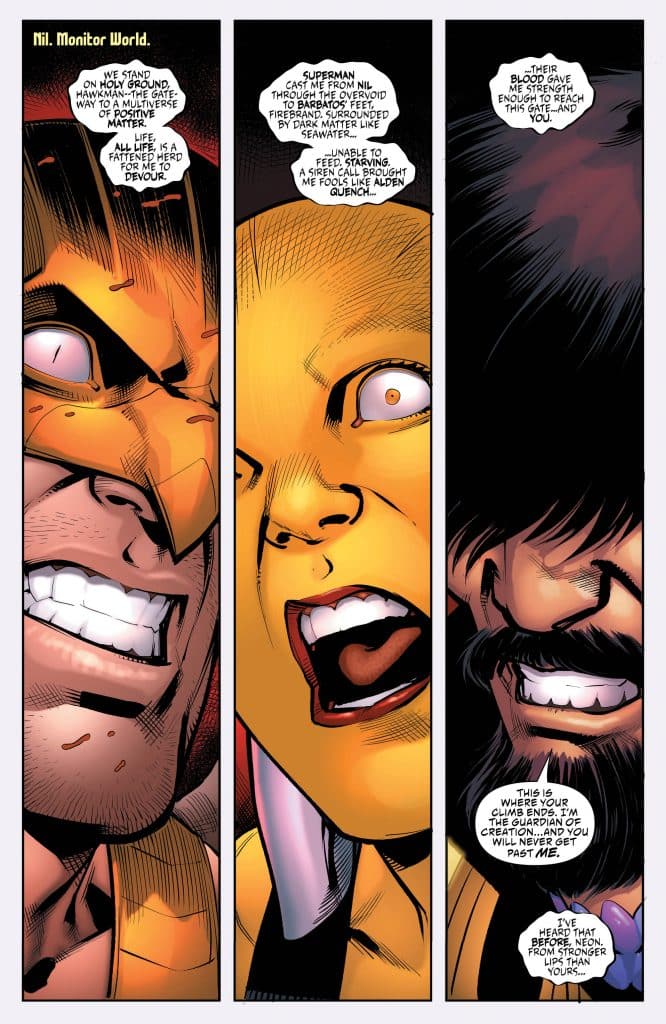 The Unexpected #7 is primarily focused around this final battle. Unlike most of the other issues, this takes place completely in one location, with Bad Samaritan joining the fray late into the bout. The focus of this fight is over Mandrakk’s strength in comparison to these three. Whilst Hawkman has been at times a top tier hero, both Neon and Firebrand are very much in the early stages of their DC career. Putting them against a threat like this is interesting and can perhaps establish the characters much better. Neon’s ability to withstand the brutality of the battle is his greatest strength, as well as his will to fight on. This is a characteristic shared by both his teammates, although Firebrand is much more damaged by the fight.

Alluded to throughout the series, the Vampire God is perhaps more powerful than this team is capable of defeating. 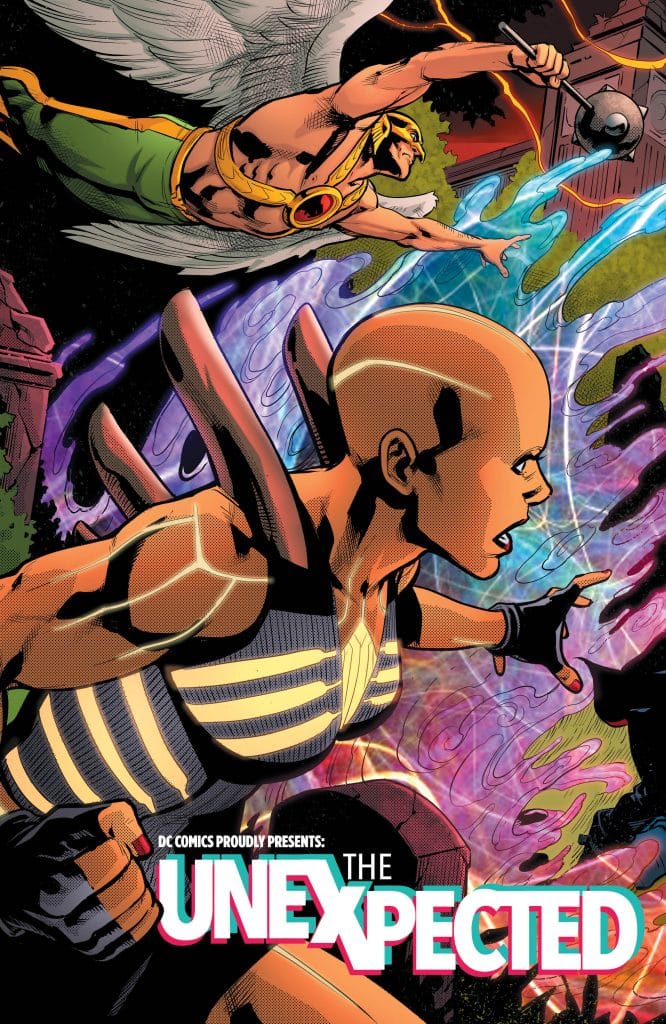 The turn of Bad Samaritan is interesting as it provides an arc for a character that has been featured well, despite barely appearing in many issues. His decision to become an obstacle to Mandrakk is still built on the selfishness we have seen from the character so far. After some self-establishment as a superior to his previous standing, Mandrakk bites down on Quenche’s throat, killing him permanently, despite the fact that Alden had picked up the Nth Metal Isotope and bonded with it again.

Ronan Cliquet has done a great job with the art…

With Neon badly injured, Firebrand near the end of her fight and Hawkman barely holding the team together, the prospects seem dim for the team as they move forward into their next fight. The final blow to the trio is Mandrakk giving Neon the fatal bite. It would seem an odd time to kill off Neon. However, it is not surprising in The Unexpected, as this has always been Firebrand’s tale.

With regards to the art, which has an ’80s comics and pop art vibe to it, Ronan Cliquet has done a great job. There is something vibrant and kinetic about it and every panel is visually interesting. I think the art elevates this tale of action and, whilst the writing team are solid here, as usual, I believe the art and colourists were the real heroes of The Unexpected #7. 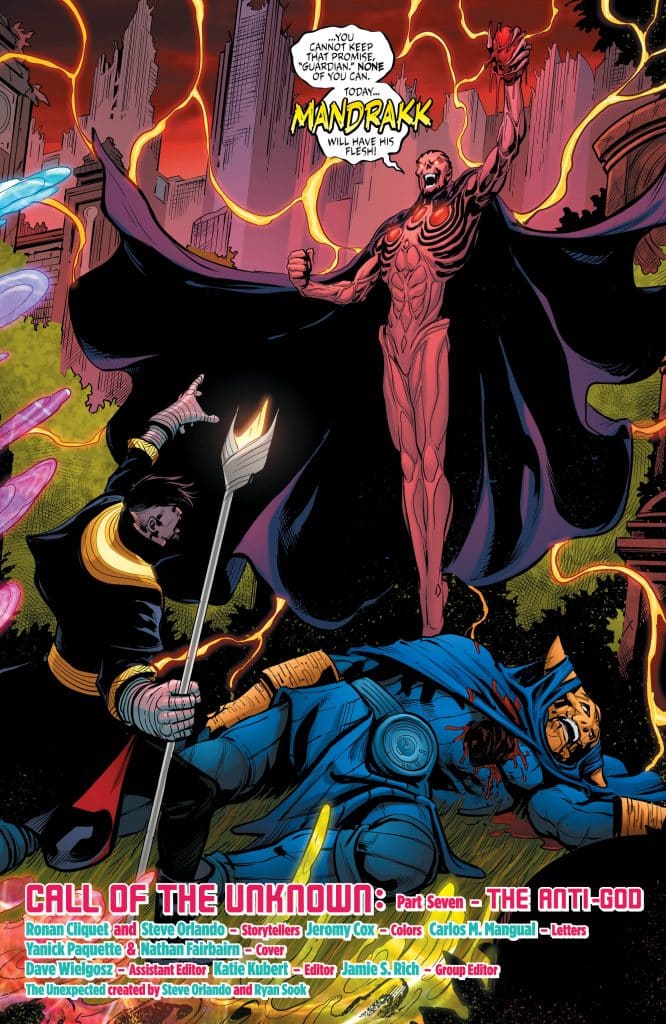 Vibrant and kinetic, the piece is elevated by its art as this tale of action brings some of the highest stakes for some of DC's newest heroes.