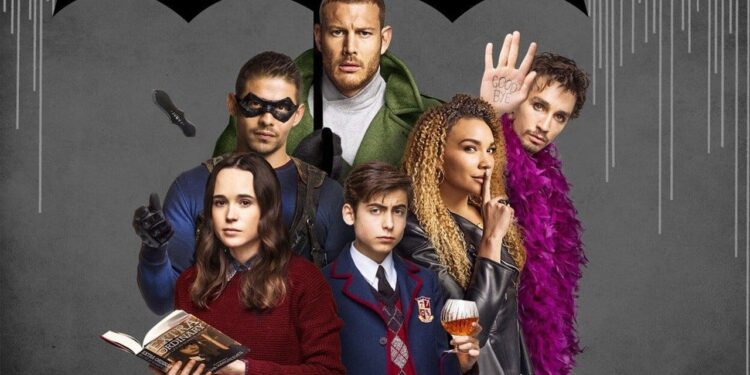 The Umbrella Academy is coming to Netflix. Said to be one of the streaming service’s most anticipated shows of 2019, the ten-episode series is an adaptation of the popular, Eisner award-winning comic books and graphic novels (of the same name) created and written by Gerard Way, illustrated by Gabriel Bá, and published by Dark Horse Comics. Both Way and Bá serve as executive producers on the show, alongside showrunner and screenwriter Steve Blackman. 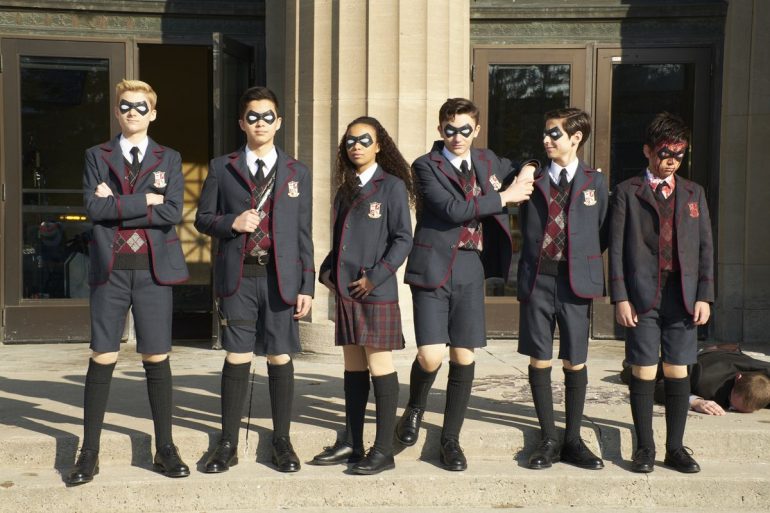 The live-action series boasts a stellar cast as the dysfunctional family of superheroes including Ellen Page, Tom Hopper, Emmy Raver-Lampman, Robert Sheehan, David Castañeda, Aidan Gallagher, Cameron Britton and Colm Feore. The story follows a team of super-powered siblings known as The Umbrella Academy, who fought evil for much of their childhoods under the tutelage of their guardian and mentor, Dr Reginald Hargreeves (aka The Monocle). Just like the comics, this is the premise of the series. 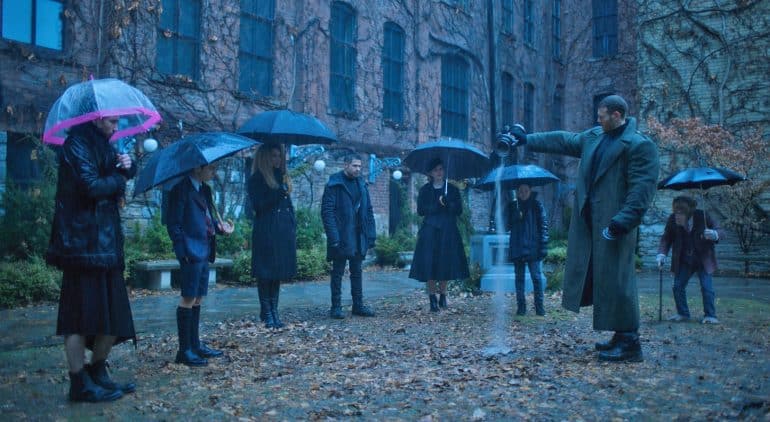 On the 12th hour of the first day of October 1989, 43 women around the world gave birth. This was unusual only in the fact that none of these women had been pregnant when the day first began. Sir Reginald Hargreeves eccentric billionaire and adventurer resolved to locate and “adopt” as many of the children as possible. He got seven of them. Because (almost) all of them have superpowers, he raises the children to be a superhero team who will go on to save the world.

But his child-rearing methods are questionable. As the babies grow into teenagers, Hargreeves is seen to be cold, uncaring, cruel and manipulative. He considers the children to be his crime-fighting tools, focusing on their training and nothing more. As the years go by, the family becomes fractured and the famous superhero team slowly begins to disband. One sibling disappears after he time-jumps into the future (against his father’s wishes), while another dies. The others eventually leave the Academy when they’re old enough. Years later we are introduced to the team as adults, as the six surviving siblings reunite upon hearing the news of their father’s death. The children of The Umbrella Academy weren’t given names by their father. Instead, he addressed them by a number – supposedly in order of importance in his crime-fighting team.

They were later given names by their mother, Grace (a humanoid robot created by their father).

Number 1: Luther – An astronaut working on the moon. As a child, he possessed enhanced physical strength and resilience. After a disastrous solo mission, his father injects him with a physique-altering serum in order to save his life.

Number 2: Diego – A masked vigilante with fighting skills, he has the ability to control and throw knives.

Number 3: Allison – A famous movie star with the power of suggestion, she has the ability to instantly alter the actions of those around her.

Number 4: Klaus – A drug addict fresh out of rehab, he has the ability to communicate with the dead but has yet to access the full extent of his powers.

Number 7: Vanya – A violin player with “nothing special” about her. She wrote a book detailing her life inside The Academy, much to the displeasure of her family.

Suspecting that there’s more to their father’s death than meets the eye, Luther, Diego, Allison, Klaus, Vanya and Number Five (who finally found his way home shortly before his father’s funeral) work together to figure out exactly what happened. This proves tricky as the estranged siblings’ relationships once again begin to disintegrate due to their divergent personalities and abilities.

As the story unfolds, dark and damaging family secrets are revealed. But the team must put their differences aside due to the imminent threat of a global apocalypse – and to save one of their own. 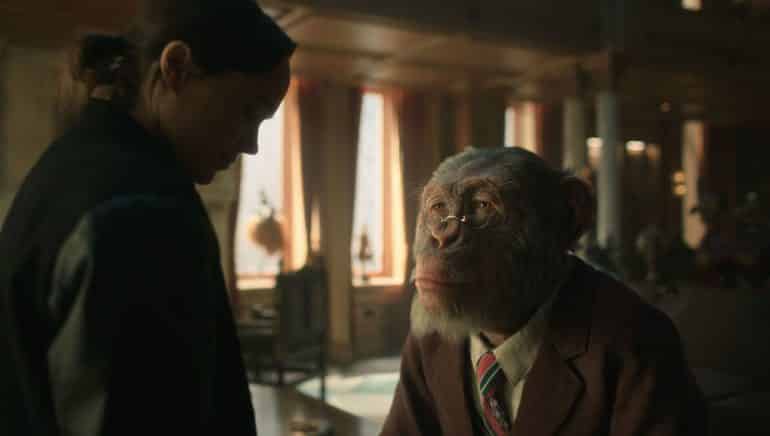 The Umbrella Academy is a very entertaining show about a family of superheroes who, in spite of their personal demons and differences, find a way to work together for the greater good. It looks great, with excellent CGI effects, and features interesting characters that grow on you. It is also definitely on par with Netflix’s other comic book based offerings, such as The Chilling Adventures of Sabrina and Marvel’s Defenders.

However, the show has two downfalls:

1. The extremely slow pacing. The story could have easily been told in six episodes instead of ten. Thank goodness for the fun soundtrack over those long drawn out fight scenes.

2. It’s a little predictable. If you’re not a regular viewer of shows in the superhero genre, the storyline will keep you guessing all the way through to the end. But if you’ve watched shows / movies like Heroes and The X-Men, The Umbrella Academy will start to feel a little predictable.

The quality of the acting is where the show really shines. Three actors, in particular, stand out. Ellen Paige is excellent in the role of the tortured, long-suffering family outcast, Vanya, who eventually snaps in the most epic way ever. Aidan Gallagher shines as Number 5. The actor has the ability to convey wisdom beyond his years, with the perfect mixture of seriousness and comedy. But the actor who totally stole the show is Robert Sheehan as Klaus. He is able to create an emotional connection with the viewer and has you rooting for his character in every scene.

All things considered, The Umbrella Academy is a very entertaining show about a family of superheroes who, in spite of their personal demons and differences, find a way to work together for the greater good. It’s fun and easy to watch and will make a great addition to your binge list. 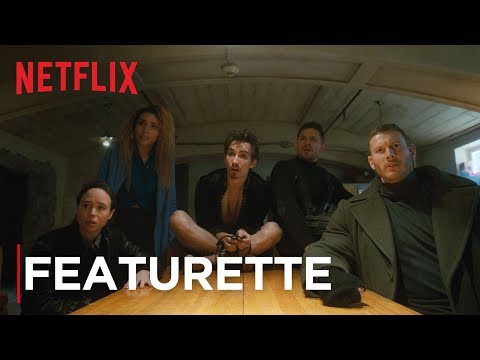 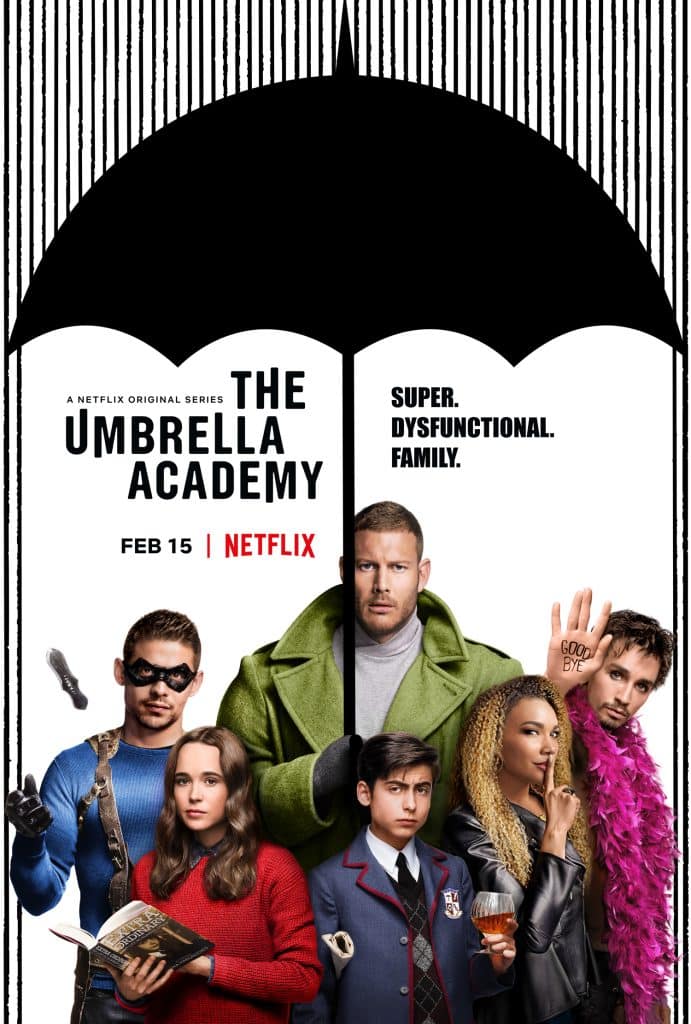