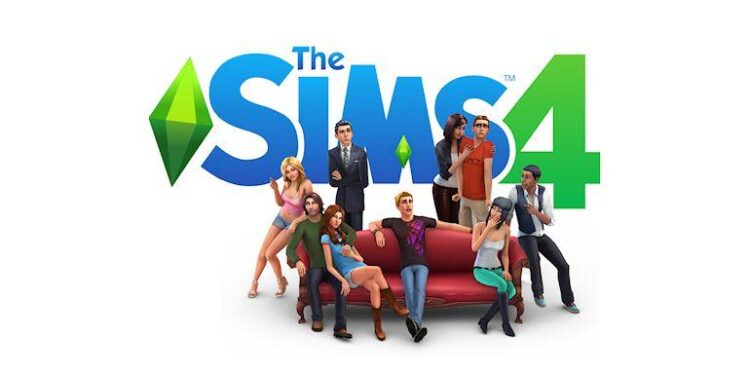 It’s astonishing to think that The Sims series has been around for 14 years, Maxis having released the first title back in early 2000. At the time, the game was quite a breakthrough in human “simulation” and went on to sell (in its different formats and bundles) around 11 million copies worldwide. There was no doubting, then, that this was a game that would become very popular over time, which is evident from sale numbers alone. In its entirety, The Sims franchise has seen a total of 175 million copies sold over the years.

Fast-forward to September 2014, and Maxis has released their fourth version of the game, which was expected to revolutionise the games dynamics, making it better in every aspect. Having played the first title for quite some time, and dabbled around for a few hours with The Sims 2, I had already lost much interest by the time The Sims 3 (which now also has a mobile version) came around. That isn’t to say I didn’t play it, nor that it wasn’t any good. On the contrary. It was. So when the announcement came around that Maxis were producing a fourth instalment, along with a few trailers to boot, it once again piqued my interest. As was always the case previously, one of your first tasks when playing The Sims is the “design” of your new character/s. Creating the perfect Sim always took time, as you would painstakingly attempt to get all the features just right, most often resembling yourself in the end. The same applies when starting off The Sims 4. Only this time, there are much, much more features to explore, with minute detail at every turn. The system now allows you to fine tune your Sim with a selection of preset choices, along with a new push and pull system that customises those details even further. After a good few minutes, maybe even spilling over the hour (or two) mark, I was now good to go. And when I say “good to go”, I mean you can now spend another few hours customising your Sim’s home to your delight (within the allotted budget). Again, this is another area of improvement on The Sims 4. When building your home from scratch, if you choose to do so, there are many aspects that make it a little easier. One of my favourite aspects of building is the ability to be able to select and entire room and relocate it to another part of the house (or simply delete it if you aren’t happy with it), including all its content. This means you don’t have to spend more time removing it and rebuilding the exact same thing elsewhere on the lot. The push and pull tool is, once again, available here, which allows users to stretch or decrease the size of walls and entire rooms, without the same hassle. For a set room, furniture is also expanded/spaced accordingly to the resize. You can even raise/lower the foundation levels of the Sim’s home, but unable to do so for different sections to create a sunken lounge, for example.

When it comes to furniture, there is more detail available in each object, but at the same time, there is an odd limit in terms of customising each. For example, while you are able to build a whole kitchen according to a design theme, you cannot then match the colour to your walls if you so choose. There are also no garages to build alongside you house. While you are more than welcome to add the room there, the lack of garage furniture, trimmings, and appropriate doors, just means that you’ll be wasting space. That’s fine, though, because there are no cars for a garage. No cars!? Yes. Unfortunately the developers forgot one of the more differentiating aspects of how well off and successful a Sim appears, in that they’re able to drive different cars. One of the more interesting aspects when creating your Sim was choosing his/her characteristics and emotional nuances. Having a well-rounded, adept Sim is not just based on looks you know. When creating your Sim, you’re able to select four different character traits (with one main trait), which may seem a bit limited. As it turned out, the new emotion system is able to create quite a varied range of emotional output and interaction with different Sims based on just these four traits. Emotions play a large role in The Sims 4, not just in having each Sim act differently, but how they get along with others, right down to dealing with certain emotional situations. For example, your Sim may be able to help perk up another Sim when they’re down, based on their set of emotional responses to that specific situation. Use the wrong option, and your Sim may be left a little embarrassed at the outcome.

Each Sim may also have a set of aspirations they’re able to divulge with another Sim, who will in turn react positively/negatively toward these goals. Conversations take place between two Sims, or in a group of many. These conversation also continue without much user interaction, which you can follow to your amusement at the outcomes. Because of this new emotion system dynamic, your Sim may also sometimes be out of their depth in a given conversation, make jokes that other Sims don’t get, or become embarrassed when flirting with another Sim without success. And this is where I encountered my first reservations about the game. When selecting where you newly created Sim will live, you’re presented with a choice of only five neighbourhoods in Willow Creek, three of which you’re unable to afford at the time of starting. On top of that, there are a limited amount of spaces to choose from within these neighbourhoods. I will admit that at the time I didn’t see this as an issue, and simply wrote it off as just the start, and that the world would open up after time. Although the game does open up a second world, in the form of Oasis Springs, you’re still limited to the same cramped area, with very little open lots to choose from.

With The Sims 3, there were many public places to visit and go on holiday, but, again, it is limited on The Sims 4. In fact, there are around 10 spots to hang out at once your character has progressed enough to leave home. Switching between these public areas are always hit with a loading screen, which become a little annoying as time progresses. While many games have these loading screen when changes worlds, etc. it is a little much when it’s required to walk a few metres down the street to your Sim’s neighbour’s house. Going to the neighbour’s house, or any other area, requires a phone call, as you cannot just walk there, or take a taxi, or your own car, since, as previously mentioned, there are no cars in The Sims 4. There is also the additional issue whereby the amount of Sims you meet across these areas are also limited. There are a number of NPC Sims around any of the community and public areas, but interaction with these Sims are limited, with only a few being able to engage in a full conversation, enough to add as a friend to invite over later. This also means that there may be a few recurring interactions between the same two Sims. With all said and done, it is important to note that The Sims 4, in its current form, is just the base game, with a whole bunch of expansion packs on the way, as with all the previous instalments. That being said, you will have to fork out an amount that equals price points of other leading games on the market, which is where the big frustration will lie. Waiting for an expansion pack bundle may be the way to go in that sense.

In terms of overall gameplay and replay value, it all depends on the user. You can easily spend between 10 and 20 hours with the game, with or without meaningful results. Also, during the two week review period, I was hindered severely by graphics issues, which initially rendered the game unplayable until I could find a helpful resolution and small update, and then later often kicked me out of the game without any reason after a good 20 to 30 minutes playing, losing my current progression. The overall graphics of the game are not what you would expect from a leading title we see in modern times. Having done sufficient research on the issue, I stumbled across a few articles on the lack of frame rate and graphics depth, even with the latest graphics cards available on the market.

For the first few minutes (if not hours) of The Sims 4, there are many improved aspects over that of The Sims 3. Once you’ve gotten past the starting point, however, the game lacks the same depth that many fans crossing over from the previous title would have hoped for. I would imagine many of these fans moving back to the content-rich The Sims 3, while waiting out the period before the expansions start rolling in, I expect in time for the holiday season.