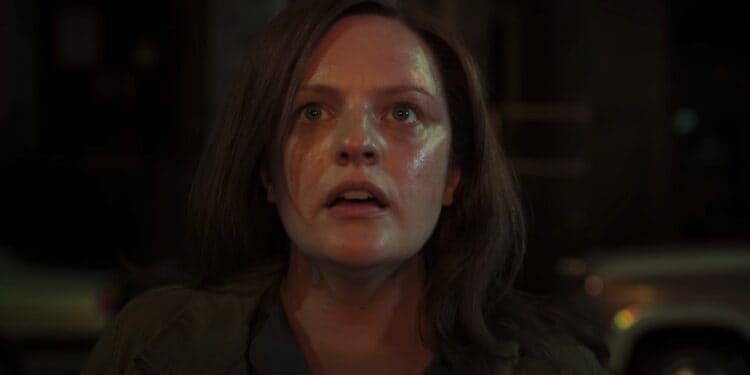 Apple TV+ has dropped the first trailer for the upcoming mind-bending series, Shining Girls, starring Emmy-winner Elisabeth Moss (The Invisible Man). The Handmaid’s Tale actress, who is also the executive producer (alongside Leonardo DiCaprio) and the director of the pilot episode, is a perfect fit for the metaphysical sci-fi thriller.

Most South Africans are familiar with The Shining Girls. The show is based on the popular book by local bestselling author Lauren Beukes. With the book receiving universal acclaim, the filming rights were quickly sold in 2013 (just months after its release). Now, all these years later, it’s finally been adapted for the screen.

The good news is that it looks terrific. The first trailer gives us a good look at what to expect from the eight-episode thriller. There’s a lot of tension, suspense and darkness. “Everything is like always, and then it’s not,” she says. “Things are not how I left them. They’re not how they’re supposed to be because after what he did, everything changed.”

Years after a brutal attack left her in a constantly shifting reality, Kirby Mazrachi learns that a recent murder is linked to her assault. She teams with veteran reporter Dan Velazquez to understand her ever-changing present—and confront her past. Reality is a matter of perspective.

Stream the first episodes of Shining Girls on April 29 on Apple TV+ — followed by a new episode every Friday.

Written by South African author Lauren Beukes, The Shining Girls is a time-travel thriller set in Chicago which follows serial killer Harper Curtis through several decades of the 20th century as he murders certain, chosen female victims. However, unbeknownst to him at first, his attack on Kirby Mazrachi in 1989 is a failure, because she survives. Three years after her attack, she embarks on a relentless pursuit to track and find the man who tried to kill her, with the help of the former homicide reporter who covered her case, Dan Velasquez.

The story in The Shining Girls is familiar, given a bit of extra padding with the time-travelling aspect, and its protagonists are likeable. Glimpsing Kirby in several, different stages of her life and living with her through the attack, as well as the consequent pursuit, you can’t help but get attached to her. However, she can be a little annoying, which serves to make the character believable at least, and when the book ends you will miss her. The relationship between her and Dan is one of those typical, wise-cracking, will-they-get-together-or-won’t-they types. Meanwhile, Harper is your average, garden-variety psycho and the whole impetus of the character and his actions, as well as that which leads him to his victims, is fairly lacklustre and random. Harper’s other victims are an interesting collection of women, who are made to reflect their era, while often standing in opposition to that time’s norms of gender and society.

Beukes displays a delightfully caustic wit at times, which is characteristic of Kirby, but more often revealed through Dan, as is evident in the following excerpt, which I read in a coffee shop and led to one of those amusing moments where you laugh out loud at a book and everyone looks at you funny.

“It’s grown men having fun. Getting caught up in something. Like being a kid again.”
“That’s a sad indictment of masculinity.”
Dan manages to restrain himself from saying “Your face is a sad indictment,” because he’s supposed to be the grown-up here.

The tidy handling of the story comes full circle in its conclusion, specifically The Shining Girls’ final chapter, which is its greatest strength. Herein Beukes shows a strong understanding of time travel and its frustrating ability to mess with your mind as you wonder at its absurdity, which somehow makes absolute sense.

Are you excited for Apple’s new TV series?