The Ralph Breaks The Internet Trailer Is Here 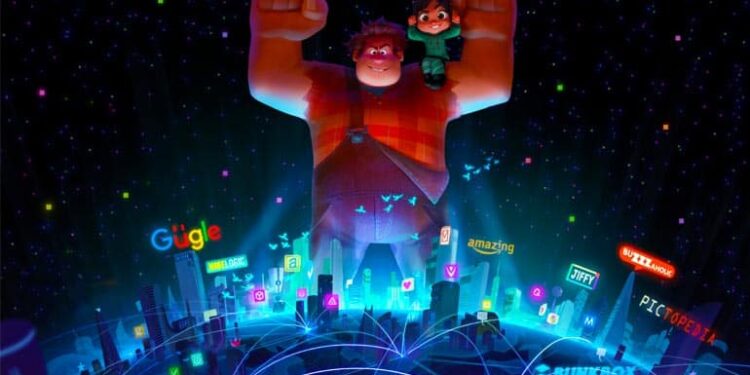 Last year Disney revealed that John C Reilly, Sarah Silverman and Jane Lynch would return to voice the characters they made popular with Wreck-It Ralph in Ralph Breaks The Internet. Now we have our first official teaser trailer.

Clearly inspired by The Matrix, the trailer starts with the arcade, where Ralph and Vanellope live, getting an upgrade and gaining access to the Internet via a WiFi connection. Of course, this leads to all sorts of funny and strange encounters for the two as they come in contact with Internet cats, trolls, spam, website teasers, and other hilarious things we all too familiar with.

Ralph Breaks the Internet: Wreck-It Ralph 2 leaves Litwak’s video arcade behind, venturing into the uncharted, expansive and thrilling world of the internet—which may or may not survive Ralph’s wrecking. Video game bad guy Ralph and fellow misfit Vanellope von Schweetz must risk it all by travelling to the world wide web in search of a replacement part to save Vanellope’s video game, Sugar Rush. In way over their heads, Ralph and Vanellope rely on the citizens of the internet—the netizens—to help navigate their way, including a website entrepreneur named Yesss, who is the head algorithm and the heart and soul of trend-making site “BuzzzTube.”

The sequel will be directed by Rich Moore (Zootopia) and Phil Johnston.