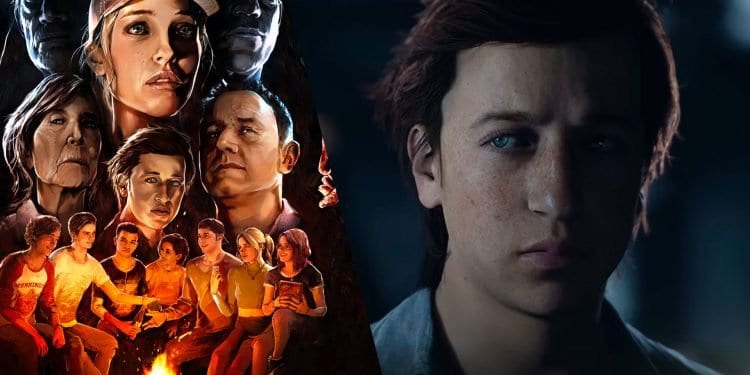 The Quarry, the next horror game from Until Dawn studio Supermassive, is out on June 10 for PC, PS4, PS5, Xbox One, and Xbox Series X|S.

There’s a common trend with video games toward becoming almost indistinguishable from live-action films. David Cage and his trilogy of intensely dramatic video games are the perfect examples of this, with Heavy Rain being – as unintentionally funny as it can be – one of the most well-crafted “movie games” of the PlayStation 3 era.

However, with the dawn of the next generation of consoles, developers were now capable of rendering much more complex characters on their games, allowing them to cast some real-life talent into their interactive experiences. Supermassive Games has taken the David Cage formula and perfected it, and there’s no better demonstration of the British developers’ talents than 2015’s Until Dawn, starring Rami Malek.

Now, horror fans everywhere might be pleased to hear that Supermassive Games are back in action after their critically-successful Dark Pictures Anthology series, and they’re doing so with a game that already looks like it’s going to be a true genre classic in no time, The Quarry.

Take one cursory glance at The Quarry and you might mistake it for a lost 80s slasher film. Indeed, the game looks just like it was made by Sam Raimi, featuring a ton of horror tropes and clichés that fans of B-movies are sure to love.

Even the setting takes one back to the glory days of slasher films. A group of teenagers must survive the night at a derelict quarry – what’s not to love? Depending on how well – or how purposefully bad – a person plays the game, the plot of The Quarry can last from 7 all the way to 10 hours. More than a horror film, this runtime would effectively turn The Quarry into an interactive horror series, much like Remedy’s Alan Wake.

In line with the later David Cage games, The Quarry also features some alternative gameplay modes that should appeal to non-gamers who just want to experience what the interactive experience is all about. A “Movie Mode” eliminates most of the quick-time inputs, essentially limiting the player to picking dialogue choices. A much more aggressive version of Movie Mode is also available, in which players only tell the game what the personalities of each character would be like and The Quarry plays out the story using these presets.

In terms of scope and cast, The Quarry might be the most ambitious Supermassive Games project to date, featuring some familiar faces that die-hard horror fans will surely recognize.

When we said that this game had some serious Evil Dead vibes, we mean it; and what better way to prove that a project has been inspired by the Sam Raimi series than to cast Ted Raimi in one of the lead roles.

Along with Raimi, The Quarry features a select cast of recognizable horror faces and “Scream Queens” that elevate the overall quality of the title. Lin Shaye, better known for her roles in the Insidious series, also appears in this game, and so does the legendary Lance Henriksen (Bishop from Aliens.)

It seems like Supermassive Games truly took the classic horror theme to heart, deciding to launch the game in Summer rather than around Halloween – the same tactic used by Friday the 13th so many years ago. The game will be released on all major consoles (except for the Nintendo Switch) and PC. Upon release, The Quarry will feature local co-op multiplayer, but the developers also hope to add a multiplayer co-op mode before the 8th of July.

Are you excited about The Quarry?