Who doesn’t like The Punisher? Frank Castle is everything that a comic book fan could ever want… assuming that Batman is too much of a hippie pacifist for you, and Lobo and Judge Dredd are too funny. The one-man army was a rarity when he was introduced into the comic book world of 1974 – an anti-hero who actually killed. Over the years Frank’s brutal war against criminals has brought him into conflict with the costumed heroes who litter Marvel’s landscape, and he always held his own – despite having no actual powers of his own. All it took to get the job done was an endless supply of guns, bullets, bombs, grenades, swords, knives… and a military attitude. Well, before all the supernatural hijinks and FrankenCastle stories.

Since he’s a popular character, naturally there have been movies made about him although none have succeeded commercially or critically. Were they were bad or is he a character that really has no place being in films? Is there a solution? Let’s take a look…

First up is The Punisher, made in 1989 and starring Dolph Lundgren.

The plot is a little odd. Yes, Frank’s a killing machine as he should be. However, his actions of wiping out mafia mobsters have led to the Yakuza gaining a foothold. The Yakuza kidnaps the surviving mafia boss’s children. With the police useless, The Punisher takes it upon himself to rescue those kids and gets captured by the cops. Ultimately he’s bailed out by mob boss Gianni Franco, who still needs his help. Together they wipe out the rest of the Yakuza but Franco naturally betrays Frank. The outcome is obvious, with Frank killing Franco.

So what’s wrong with it?

To start with it’s shockingly filmed, the budget was small and much of it just drags. The violence is there but it looks campy. The acting isn’t much better, and while Dolph Lundgren looks good and plays the part with a dead-eyed lack of emotion he’s not quite The Punisher. Worse than that, the character’s trademark skull logo on his shirt is entirely absent. He just looks like some guy.

One of the funniest lines in movie history, ever. Frank is asked by his old cop buddy exactly what he’d call his killing spree of 125 criminals. His response? “Work in progress.” 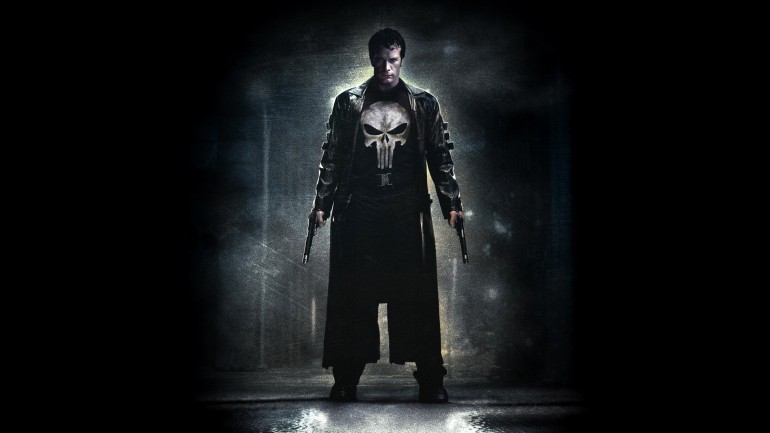 Tom Jane took on the role he looks somewhat believable. They even give him the skull-emblem shirt. This time around Frank’s after mob boss Howard Saint while trying to avoid the attention of his neighbours in the apartment he’s just leased. Frank’s tactics mostly involve getting the mobsters to turn on each other and destroy themselves through paranoia. At home, Frank has to spend pre-Thanksgiving with his neighbours Bumpo, Joan the Mouse and Spacker Dave, before being ambushed by hitman The Russian. In the end, he kills Saint by having a car drag the mob boss through an exploding parking lot.

That sounds good on the surface. The storyline of Frank’s neighbours is taken from one of the best Punisher comic book tales ever, and there are solid performances all around. So what went wrong? From the mopey music to the sheer boredom of it, the film seems to misfire all over the place. Hampered by a painfully low budget, ridiculous studio expectations, a rushed shooting schedule and a lack of action, it just doesn’t make an impact of any sort. It isn’t bad, it’s just bland. There’s a low body count too.

Everyone would say the fight scene against The Russian, hilariously set to the opera classic La Donna e Mobile. But really it’s watching Frank eat, taking no joy in the food but seeing it as fuel just to keep him going. In particular at pre-Thanksgiving, where he simply says “Thanks for dinner” before consuming it like a machine. 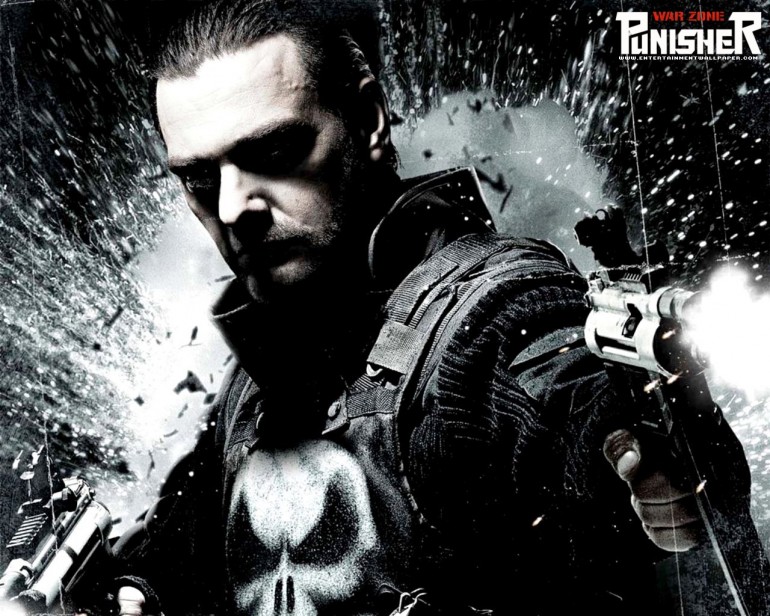 Ray Stevenson (minus Volstagg fat suit) wears the skull emblem with pride, killing almost everybody he comes across in highly violent ways. After wiping out a bunch of mobsters he leaves Billy Russoti for dead, being ground up in a glass-crushing machine. However, Russoti doesn’t die and gets put back together as comic book villain Jigsaw. The mobster recruits his deranged brother Loony Bin Jim and an army of assorted criminals from various gangs as hired muscle. He even goes so far as to kidnap Frank’s “friend” Micro and the widow and daughter of a cop Frank accidentally killed. It’s up to Frank to do what he does best: punish the guilty. In this case, more violently than ever.

So what went wrong?

Strangely, very little. It’s a throwback to the hardcore ultra-violent action movies of the ’80s, and if it had come out then it could have been a classic. But it didn’t. It tanked at the box office, although it’s picked up a cult following regardless. The storyline of Frank’s guilt over killing an innocent man is well handled and the performances are good, while Ray Stevenson looks and acts the part to perfection. If you want a gleefully violent movie then it’s a guilty pleasure.

Are you sick of all those parkour free-running henchmen that movies have been throwing at us since Casino Royale? So’s Frank Castle. His solution is to get them in his sights one night as they leap from rooftop to rooftop and pull the trigger… of his rocket launcher. The resulting mid-air explosion is a gory joy to behold.

So what’s the solution?

Does he have a future in film? War Zone wasn’t really that bad, and it’s a shame it failed. Marvel really shouldn’t count him out though, and it would be good to see him occasionally showing up in the background of a couple of Marvel films to remind us that he’s still around. 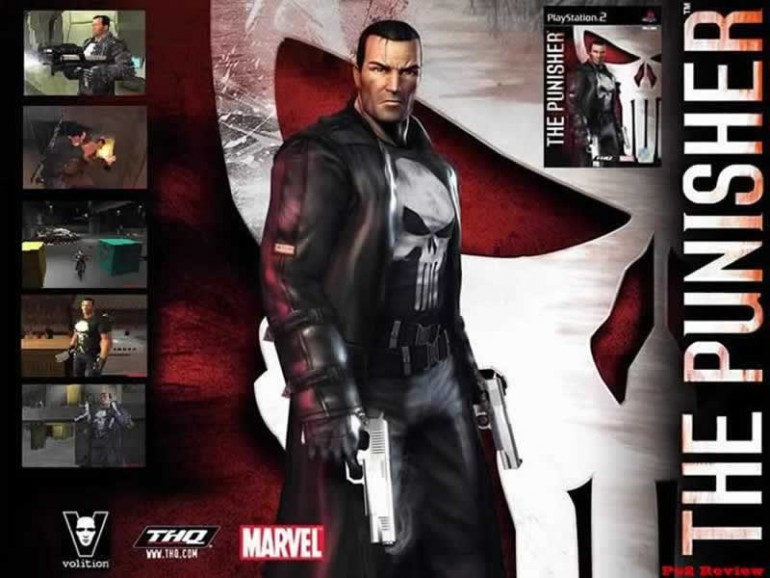 For me though the best adaptation was the PS2 game that they made, called The Punisher.

Featuring a better plot than any of the films and more violence than War Zone, it was wonderful to step into Frank’s combat boots. It had him interact with characters like Nick Fury and the Black Widow, square off against Bullseye, meet up with Matt “Daredevil” Murdock when he needs a lawyer after being arrested, and even get into a gunfight at Stark Industries while Iron Man’s off grandstanding in the background. Now if that were a movie, I’d watch it. I probably wouldn’t be the only one.

Oh, and for the record… the best moment?

After Frank has saved Stark’s building from the attack and made his escape, Iron Man is told of Frank’s involvement… and says that he needs a drink.