Interview: The Parley Effect – A Word from adidas SA

A few weeks ago FoS featured the unveiling of the adidas x Parley partnership with the release of the Ultraboost Uncaged Parley. We reached out to the adidas SA team in regards to the ongoing campaign, the origins of the venture, and where it’s heading. 1. What brought about the partnership between adidas and Parley?

In April 2015, adidas announced a partnership with Parley for the Oceans, an organisation that raises awareness about the beauty and fragility of the oceans. As a founding member, adidas supports Parley for the Oceans in its education and communication efforts, as well as its comprehensive Ocean Plastic Program (A.I.R., Avoid, Intercept, and Redesign) that intends to end plastic pollution of the oceans. 2. Social responsibility is almost a must for corporates (all of us in fact). In a world where the industry is often the cause of harm to the planet, adidas has taken a different approach in becoming part of the solution. Can you provide some details to other such initiatives and how the company is driving the message?

As a brand, we do many things under the “sustainability” umbrella. Among the most recent efforts:

This is not an exhaustive list, but gives you a few good examples of the efforts we are putting against being a sustainably led brand. Our programme regularly enjoys recognition by leading socially responsible investment rating agencies such as the Dow Jones Sustainability Indices and the FTSE4Good index. For instance, at the beginning of 2016, the adidas Group ranked fifth among ‘The Global 100 Most Sustainable Corporations in the World’, as announced by media and investment advisory company Corporate Knights at the World Economic Forum. 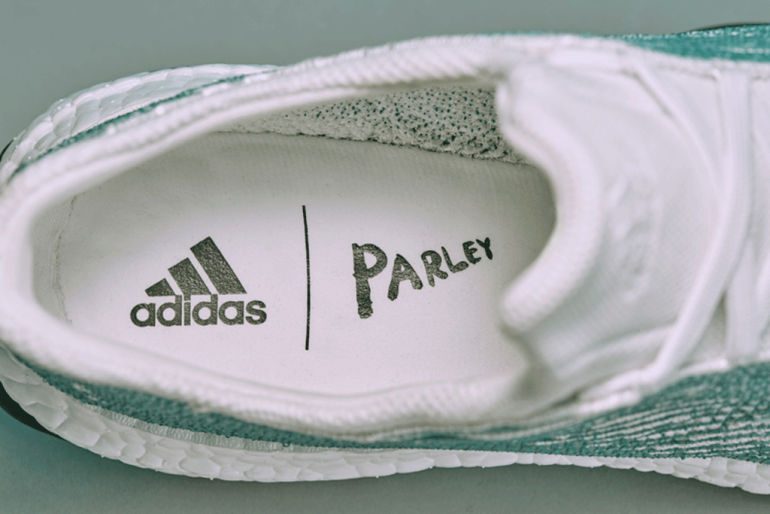 3. I’m extremely curious as to the design process behind the UltraBoost Uncaged Parley. Can you provide some details as to the approach and steps during this phase?

As a brand, we shy away from this direction as the focus is on the sustainable story and not necessarily the design focus of the shoe. 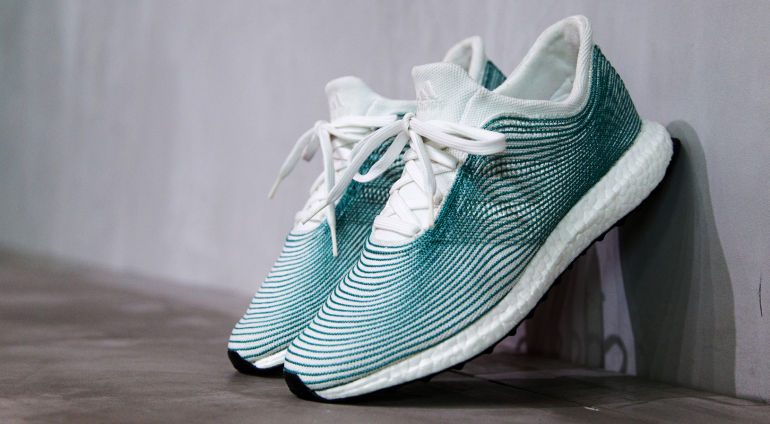 4. What goes into the manufacturing process of the sneaker, how does adidas and Parley convert ocean trash from plastic into adidas’ PrimeKnit material?

5. The campaign will see the likes of Bayern Munich and Real Madrid sport environmental jerseys also made from recycled ocean plastic. Are there other such campaigns on the horizon, and will this be an ongoing partnership with those teams, rather than a one-off game for each?

One of the objectives for the adidas x Parley partnership is to raise awareness. Therefore, we are extremely excited that Bayern Munich and Real Madrid agreed to help us amplify this message by endorsing the product by wearing the jersey on pitch tomorrow. The same goes for Xabi Alonso and Marcelo, who agreed to be part of this great story for the adidas brand.

With the release of the jerseys and UltraBOOST Uncaged adidas x Parley shoes, we’re inviting every consumer, player, team and fan to own their impact under Parley A.I.R. and define their role within the movement. 6. adidas has committed to producing 1 million sneakers by end of 2017. Is still an achievable goal, and how will adidas and Parley accomplish this? In addition, will there be other apparel and accessories that will form part of the campaign?

To know more about the process to make Parley Ocean Plastic, please read here. All product details will be shared in due time. Follow Parley and adidas official channels to always be updated with the latest news about this exciting partnership!

7. The recycled materials used in the manufacturing of the UltraBoost Uncaged Parley are materials retrieved by Parley during coastal operations in the Maldives. I assume that future sneakers may have themes based on regions (the 19 UN countries that form part of the call to action) where these recycled materials will be collected?

At the moment, we are focusing on the Maldives, but we will expand the sourcing of the material from other areas as well.

Thanks to the team over at adidas SA for taking the time from their schedules to engage us on the roadmap for the adidas x Parley partnership and some of the innerworkings of the campaign.

PUMA Brings Out Your Inner Spunk with the Fashion Rebels Collection

Live a Life on High Energy With the adidas ULTRABOOST 21