When The Order 1886 was announced the Playstation fanbase couldn’t contain their excitement. Not only did the announcement trailer reveal the game’s very impressive graphics, but it also revealed the alternate steampunk version of London it was set in. The hype surrounding the game was only matched by the controversy that followed. Soon after the first gameplay videos were released, concern started to form regarding the feel of the cover shooting mechanics and the volume of QTE’s (quick time events) in the game. Just before release rumours started to form on how short the game was. Were these valid concerns?

It is 1886, a troubled time. Not only have the poor started to rise against the upper class, but it seems that the rebels might be allying with the werewolves (or half-breeds as the game refers to them).

You play the strong and reserved Galahad, one of the members of The Order, a Victorian-era incarnation of the Knights of the Round Table. Their duty is to ensure order and protect the human race from the half-breeds.

The game presents a beautiful and intriguing story that kept me playing when I would have otherwise given up. So does The Order 1886 look as great as it was advertised? The answer is a resounding YES! There were times when I wasn’t sure if the cinematics had ended, as they blended in seamlessly with the gameplay. Not only is the game beautiful to look at, but the attention to detail is exquisite. There were many moments I realized that I was staring and something as mundane as a chair, admiring how great it looked.
From the fog filling the streets of London to the giant airships above the city (yes, you read correctly) the great-looking environments beckoned me to explore them. There were numerous times that I tried to stray off the beaten path only to reach a dead end.

The Order 1886 is a prime example of a look don’t touch world. I would have loved it if you were afforded just a little more freedom in exploring the environments.

The gameplay is your standard cover shooter with a liberal dose of QTE’s. Most of the gunfights I encountered played out as follows; you reach a piece of cover, wait for the enemies to pop out from their cover, and shoot. Every now and then I was surprised by a shotgunner who stormed me and who I had to dispatch of quickly.
The exceptions to these are the fights with the half-breeds, which consisted of the half-breeds stalking you, pouncing and then retreating into the shadows. I found these fights a lot more exciting and nerve-wracking than the regular gunfights. The variety of weapons at your disposal does tend to make some of the gunfights more exciting. You have your standard machine gun, shotgun, sniper rifle and pistol. Your more unique weapons are supplied by Nikola Tesla, weapons like the Circuit Arc Induction Lance (basically a lighting gun) that when fired dispatches enemies with a satisfying explosion, and the Thermite rifle that shoots a cloud of thermite which you ignite with a flare burning everything in sight.
Herein lies another problem I have with the game, you are only supplied with these experimental weapons during specified missions. This means that during most of the gunfights you are stuck with the usual arsenal of weapons. This led to more monotonous gunfights as you were stuck with fewer options.

I found myself not having too much of a problem with the QTE’s. Sure it takes away a bit of control from the player, but it kept me on my toes throughout the game and made these moments come across more cinematic.

One of the strangest things about The Order is its pacing. There are moments of very intense gunfights, followed by long stretches of walking around slowly through the environments listening to characters talk or examining items.
I do understand that the idea behind these where that Ready at Dawn wanted to create a more cinematic feel, but in the end they forgot that they were making a game that had to be fun.

It took me about 7 hours to finish the game. I didn’t mind the length of the game and would have been a lot more frustrated if the game was longer just for the sake of being longer. I was however disappointed in the replay value, as there were little to no collectables in the game as well as no game plus mode.

In the end, I felt unsure of my feelings towards the game. On the one hand, I felt disappointed, as I had really hoped that this would be a great game. The strange pacing and cut and paste gunfights was a real let down.

On the other hand, I was greatly impressed with the beautiful environments and the great attention to detail in the game. I also thoroughly enjoyed the story. The characters were well written and the voice acting top-notch.

I do think that the game is worth playing for the story it tells and how amazing it looks. As long as you know that this isn’t the great game we thought it would be.

I hope that there is a sequel in the making. As long as Ready at Dawn learns from the mistakes they made in The Order 1886, I believe the next instalment could really be the great game we were hoping for. 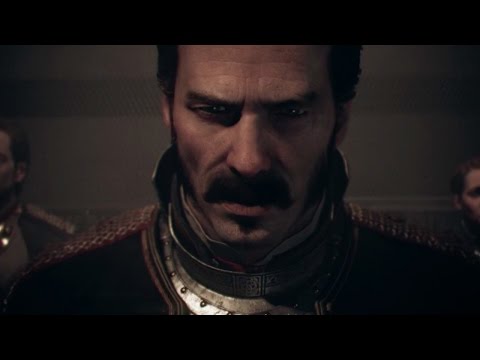