The Night Comes For Us Is the Greatest Action Film 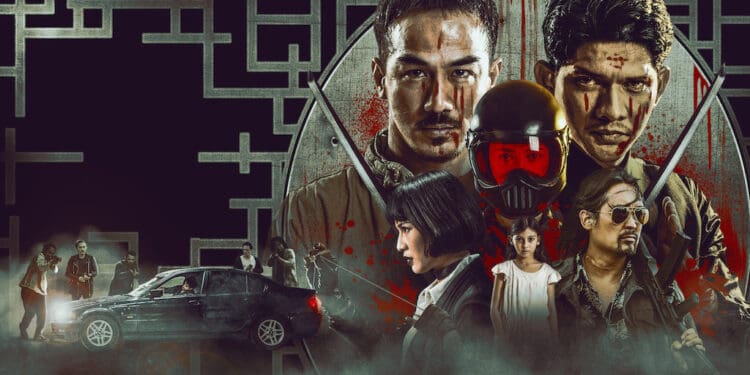 Clicking on Netflix’s action subgenre, one of the first films that always comes up is Here Comes the Boom, starring Kevin James as a biology teacher turned MMA fighter. While James is highly adept in the art of fart jokes, it’s almost criminal that Timo Tjahjanto‘s The Night Comes for Us doesn’t appear in first place. After all, it’s a “Netflix Original” from 2018, but it seems like only die-hard action fans know of this modern-day cult classic’s existence.

Like all good action films, The Night Comes for Us has a simple setup. This isn’t about convincing the Academy to shine a trophy or to sell a screenwriting programme on MasterClass; it’s about creating a believable conflict to instigate a fight between two forces. And that’s exactly what happens here.

As one of the elite enforcers of the Triad, Ito (Joe Taslim) does the unthinkable: he turns on his organisation and saves a little girl, Reina (Asha Kenyeri Bermudez), from massacre. The Triad refuses to accept the betrayal and sends Arian (Iko Uwais) and the gang after Ito and Reina, demanding blood.

From the first second on screen, The Night Comes for Us‘ tension is palpable. A dark cloud of terror looms over Ito and Reina throughout the film as the audience fears that they’ll get caught and slaughtered. Even though logic dictates that this wouldn’t happen in the first half of the movie, it’s difficult to shake off the shrill of anxiety in every nail-biting frame. Plus, it also helps that film editor Arifin Cuunk understood the assignment here and kept the story accelerating at a lightning pace.

The bloody good fight scenes in The Night Comes for Us

What separates The Night Comes for Us from the pretenders is the next-level action choreography and believable stunt work done by the actors on screen. There aren’t quick cuts or shaky cam to disguise the fact that the actors have no martial arts skills; it’s the opposite here. Since the action is central to the flow of the film, every effort revolves around clearing the floor and moving to the next scene like it’s a level in a video game.

Revisiting the revolution started on The Raid, Taslim and Uwais reunite with an action-assembled cast to further the body count with believable fight sequences. There’s an inventiveness and art to the dance here, as the actors perform their stunts in real-time and fluid motions. More impressively, the scenes embody the number-one rule of any martial art: use your surroundings to your advantage. From staircases to even a pool table, nothing is off bounds as the characters fight for their live by any means necessary.

While The Night Comes for Us wasn’t the film that turned Uwais, Taslim, and Julie Estelle into action superstars—that honour belongs to The Raid series—it sure does a convincing job of proving they aren’t one-hit wonders. Apart from all their physical efforts, it showcases the other side of it: the acting. The ability to make you connect with the characters and realise that you believe their story.

It’s no wonder that Uwais has gone on to star in the likes of Snake Eyes, Wu Assassins and The Expendables 4, while Taslim has dazzled as Sub-Zero in Mortal Kombat and Li Yong in Warrior. Keep your eyes on Estelle, too, since it’s only a matter of time until she takes the mainstream action genre by storm.

The Night Comes for Us is bloody, so what?

One of the biggest criticisms of The Night Comes for Us was that it was excessively violent and gory. Well, that’s the equivalent of saying a comedy is too funny for your liking. It’s an action film that was never meant to serve as light Sunday afternoon watching for the whole family, so expecting it too less bloody or less violent is sheer folly.

There were plans to expand this story into a trilogy, but Netflix has been quiet on that front, choosing to invest all its money into the Happy Gilmore universe. That said, if The Night Comes for Us ends up being one and done, it has nothing to be ashamed of here. While other action movies relied on big stars and strings of pointless awards to legitimise their claims to greatness, Tjahjanto’s film just walked the walk and kicked you in the teeth if you disagreed.

Tell us, have you watched The Night Comes for Us? Let us know your thoughts in the comments section below.