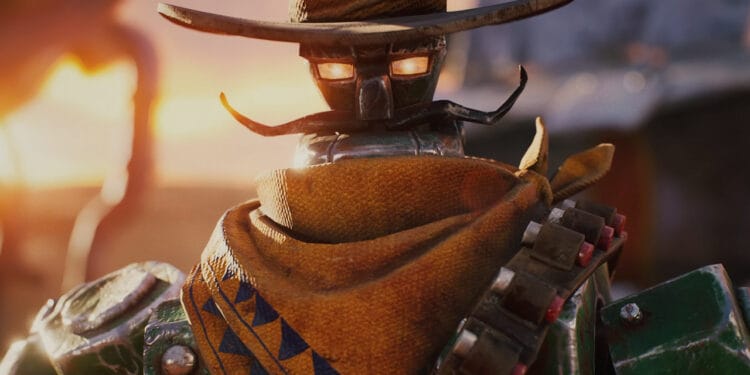 In the past, we’ve been able to explore the world of SteamWorld in various different games and genres. Now, the developer behind this unique robot-filled world has a new game in development called SteamWorld Headhunter.

The studio behind the SteamWorld games, previously known as Image & Form, has revealed their next title, SteamWorld Headhunter, will once again take place in the Wild West, or at least the robot version. Unlike all the previous games in the series, however, this new game will make the move from 2D to full 3D. This will be a first for the series.

The game has been described as a colourful, third-person, co-op adventure. Previously the studio featured rogue-like and even turn-based RPG genres — so mixing things up is something the studio is used to.

The SteamWorld Headhunter trailer doesn’t reveal much as we only see two cowboy robots (cowbots?) facing off against each other with the result being one losing their head (literally). It seems that the studio has lots of plans for expanding the universe, and this could only be the start. 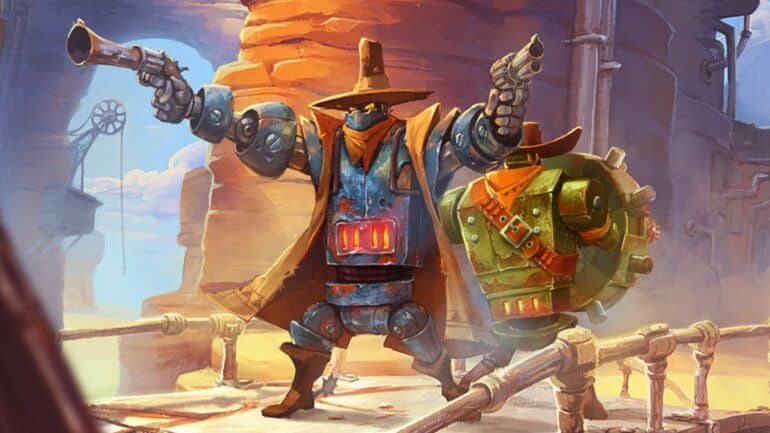 For fans of the series, there is some good news too. The underrated SteamWorld Dig 2 is now free on Steam and GOG for a limited time. So if you have been wanting to visit this unique robot-filled world, then there is no better time than now.

The studio also has a new game coming out exclusively for the Xbox and PC called The Gunk, which has intrigued many gamers since its announcement. The game sees players trying to rid a planet from the titular Gunk. Of course, this means lots of exploring and puzzle-solving as you try to figure out the mysteries behind this gooey parasite that is slowly taking over the planet.

The Gunk is slated for release on the 16th of December 2021.

In the meantime, enjoy the trailer for SteamWorld Headhunter.