In The Mystery of the Meanest Teacher: A Johnny Constantine Graphic Novel, Johnny ‘Kid’ Constantine has angered some ghouls in England and in order to save his skin he has to jump over the pond and escape to America. Johnny might have escaped trouble in England but soon he is drawn into deeper trouble at his new American boarding school. He and his new friend Anna quickly discover that there is more than meets the eye about their homeroom teacher, Ms Kayla. 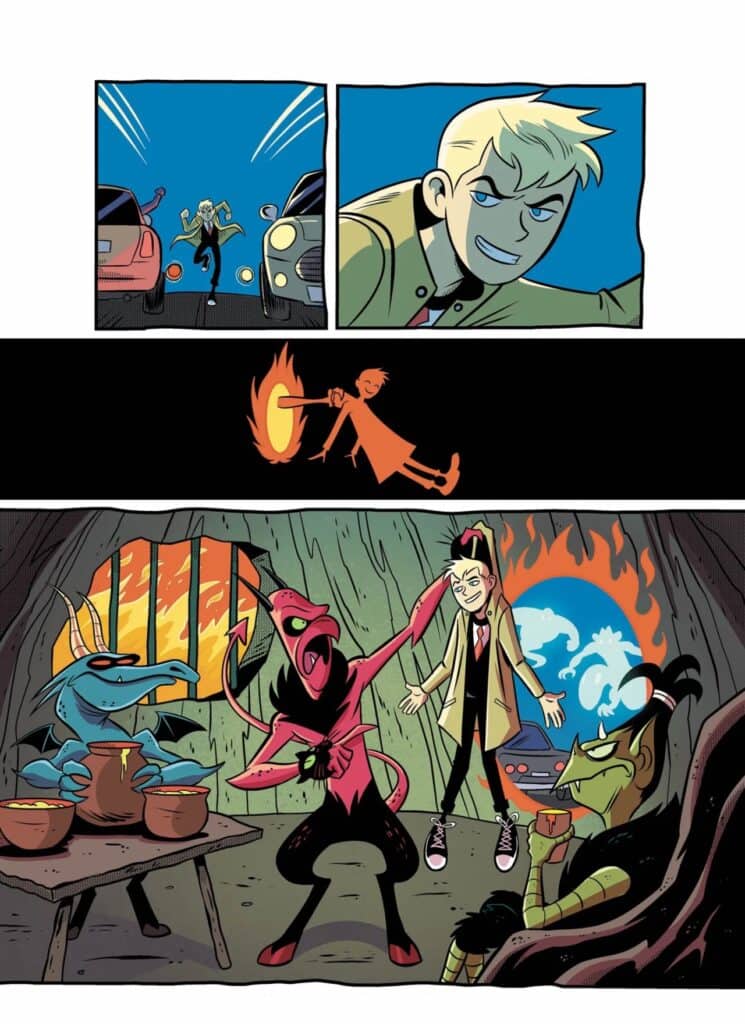 The Mystery of the Meanest Teacher: A Johnny Constantine Graphic Novel is charming, funny and exciting. Ryan North writes witty dialogue and the storyline is highly enjoyable with a lovable, cheeky ‘Kid’ Constantine stealing all the limelight. Constantine has funny lines but the character is given plenty of depth and heart due to his endearing backstory which touches on isolation and friendship.

Derek Charm’s artwork is visually satisfying and perfectly expresses the spirit of the novel. It’s whimsical, upbeat and playful while simultaneously emotionally resonant, capturing the varying emotions and actions of the characters in an authentic manner. 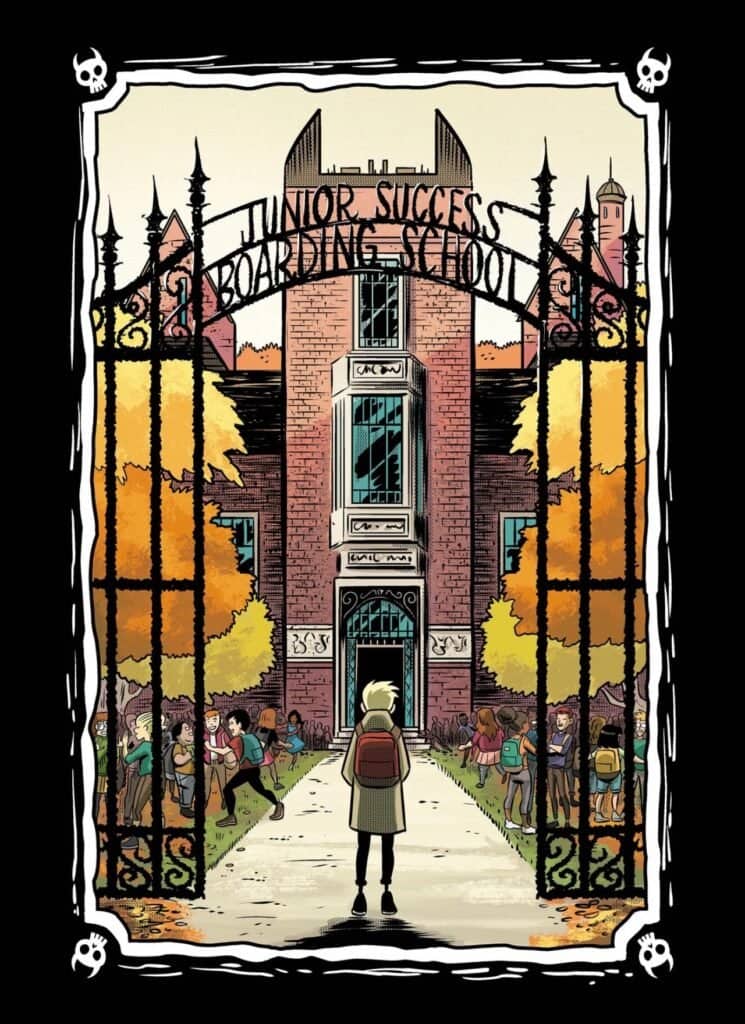 The only concern with this book is that some parents with a religious sentiment may be hesitant to buy it for their kids. The occult themes of Constantine may not sit well with many parents and the use of blasphemy in the pages will be even less attractive. This might not concern older, childless readers but the novel is directly aimed at youngsters and, outside the world of comic book geeks, these things matter more than you would think. This is a salient point especially since the industry is barely hanging on by a thread.  It would be easy to gloss over this aspect but should be something to consider if publishers want to increase readership amongst younger audiences.

Other than that, The Mystery of the Meanest Teacher: A Johnny Constantine Graphic Novel is a great entertaining read.