Home > Movies > The Matrix 4: How Neo & Trinity Could Return

The Matrix 4: How Neo & Trinity Could Return

Since the announcement that Keanu Reeves and Carrie-Anne Moss would return as Neo and Trinity in an upcoming fourth Matrix film, fans have been wildly speculating how these iconic characters will be resurrected from the dead.

Production on the fourth film is set to begin in 2020 and fans will have to wait quite a while before knowing for sure how they will come back to life. Analysing the world of The Matrix can make your head spin. These films are among the most confusing ever made, filled with rich symbolism and dense philosophical musings.

One possible theory is that at the end of Matrix: Revolutions Neo’s body died but his mind was preserved within the Source or A.I. mainframe. The Deus Ex Machina, which is the Machine City’s central interface, depicted with a babyface by a swarm of robot sentinels confronts Neo. Much to the disgust of the machines, they are forced to make a deal with a human in order to fight Agent Smith (Hugo Weaving). Smith was a rogue programme which the machines lost control of and was infecting everything like a virus, threatening the Matrix and the machines’ very existence in the real world.

After Neo defeated Smith, the machines carried Neo away and we assume he died fighting Smith. But was Neo really dead? We have no idea what the machines are really capable of and it seems entirely possible that some aspect of Neo was alive or preserved. Perhaps Neo’s mind was uploaded to the A.I. mainframe where it reached some sort of higher consciousnesses. It could also be that the machines had Neo and Trinity’s DNA stored since both of them were born within the Matrix. The machines could then use the DNA to make clones of them both either with or without their previous memories.

There are clues in the last film as to other possibilities of Neo’s return. After he defeats Agent Smith the Architect asks the Oracle, “Just how long do you think this peace is going to last?” She says, “As long as it can.” So we know that tensions between humans and machines will reoccur and humanity will need Neo once more. At the end of the third film, Sati, the creative computer programme depicted as a little girl asks the Oracle if we will ever see Neo again to which the Oracle replies, “I suspect so, someday.” This dialogue left a back door open and alluded to the fact that Neo could return again in future.

It could also be that Neo resurrected himself after his supposed death as he had done before. Remember that he died in the first Matrix film after being shot by Agent Smith. An impassioned kiss from Trinity helped him realize that his death in the Matrix was an illusion. Somewhere in the electrical and chemical regions of the mind, Neo was aware that he was alive.

When the machines took Neo away, we assumed he was dead, but he might only have been unconscious. Neo could have revived himself, as he did in that apartment way back in the first Matrix film, or simply woken from some sort of semi-conscious state. From there, he could have lived somewhere in the machine city either unplugged from the Matrix or plugged into some other virtual reality. Trinity’s death seems more certain, but she could be resurrected in the manner we discussed earlier as a clone or even a programme inside the Matrix with all of the original Trinity’s memories. Neo and Trinity, being programmes, makes it easier to resurrect them as entities in the Matrix and as humanoid robots in the real world.

Whichever theory we posit and however the screenwriters resurrect Neo and Trinity, the challenge for them will be to do it in a way that does not undermine the previous films nor lessen Neo and Trinity’s great sacrifices. Let’s hope the fourth Matrix film will be justified and blow our minds as we experienced in the original trilogy. 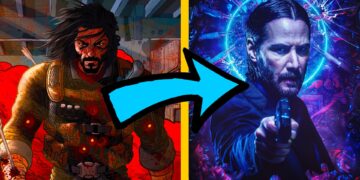 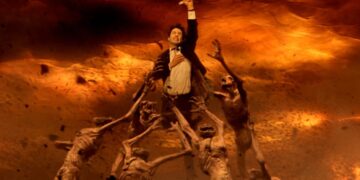 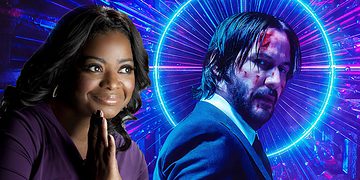 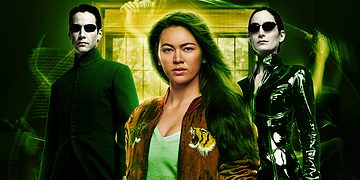