Come search for mythical creatures in The Under-Garden, home to the spirits of all forgotten things 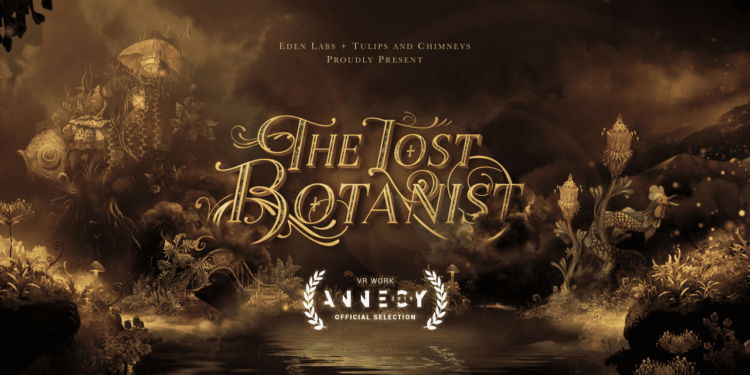 A few days back, I had the pleasure of sitting down with one of the directors from the much-acclaimed VR puzzle-adventure The Lost Botanist. 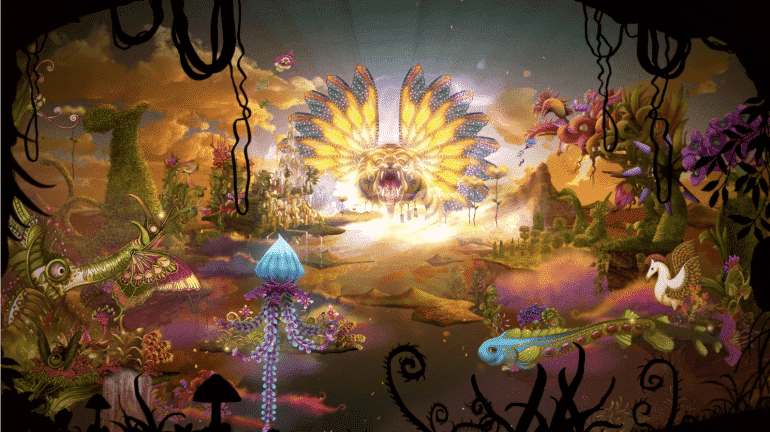 The sit-down came on the back of the team’s successful venture to France, where their project was one of just nine VR entries to be selected at 2019 Annecy Animation Festival for the VR@Annecy segment from over 90 submissions from around 30 countries within this category.

When I was presented with the opportunity to experience adventure first hand, I couldn’t decline. Here’s why.

Having been a long-time fan of the technology, I almost always take the opportunity to explore new games, interactions, and designs when something with merit presents itself. It has been an extremely long battle among industry pioneers to get the technology to where it is today. I had my first experience with VR at the age of 9, more than 20 years ago, with the more affordable graphics card taking centre stage in the years that followed. But with the recent progress, especially in the area of mobile VR headsets, we’re at a point where it can become a form of mainstream entertainment.

While the industry is hard at work pushing out more powerful and portable VR headsets, there is also a reliance that the content will follow. After a family get-together and exploration of a newly purchased Oculus Go, the seeds for The Lost Botanist were planted for the brother-sister duo, Rick and Ree Treweek. The VR puzzle-adventure is a collaboration between Rick’s Johannesburg-based R&D studio, Eden Labs, as well as Ree’s Cape Town-based creative studio, Tulips & Chimneys.

The Lost Botanist isn’t quite a fully-fledged game, nor is it an animated film – it’s something in-between, an interactive adventure.

The synopsis reads as follows:

“You are The Lost Botanist, misplaced in a world that’s forgotten all about nature, where even the stars and moon are permanently hidden by pollution, where imagination and dreams are starting to die, where the only plants left are potatoes and turnips.

While researching the lost marvels of the natural world, you open a grimoire that transports you to The Under-Garden, the dream-like home of the spirits of all forgotten things.

In each of the wondrous places you’ll visit, you must find a mythical creature to guide you further into the unknown, from The Nethermere to The Amber Vale to The Nevermist.” 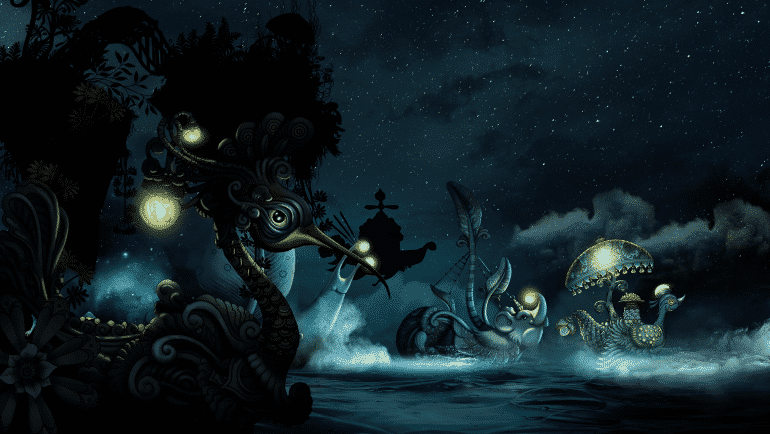 The Lost Botanist is a project still in development, with the team having showcased a 5-minute demo of the title at Annecy, which I had the privilege of having a run-through myself.

As with many other VR experiences, you’re almost immediately enveloped in another world entirely, losing touch with your natural surroundings. The same applies here, albeit with a bit of a twist. Instead of the standard three-dimensional landscape of triangle polygons (as observed in most modern games), the team created a two-dimensional world in which to navigate. The effect was achieved by combining the dynamic rendering of specifics elements alongside pre-rendered PNG images in the background in order to create a seamless, interactive world of wonder. 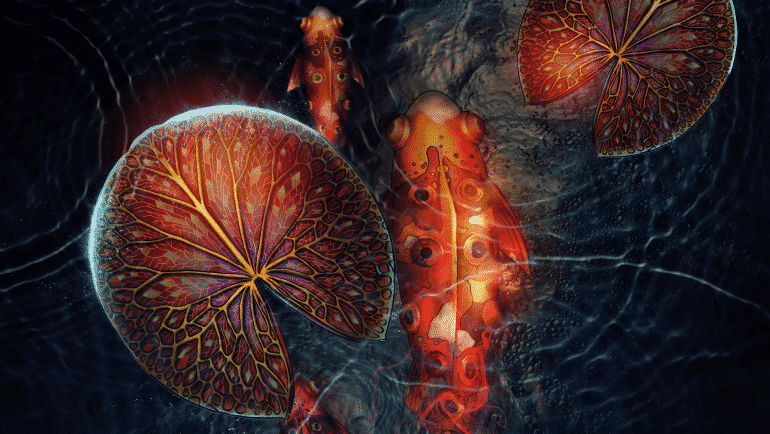 Being an interactive experience, viewers participate by means of point-and-interact style gameplay. You, the Botanist, take on the role straight out of a book (literally) to find the missing words in order to complete the story from the damaged pages. Clues are presented in the form of poems, where you’re required to find the missing objects in the surroundings by staring at them in order to lock them down. You will also have to collect other objects, including fireflies for lanterns, while viewing various elements from the world also releases new easter-eggs.

The interaction is quite native to most players, the only requirement being to look around and gaze at the objects. This lack of learning curve adds to the experience from the start, which will allow even the most novice and technophobes to appreciate the experience. Another unique aspect of the experience was the custom-designed Oculus Go headset. Already a better experience as a standalone, lightweight and mobile unit, the Oculus Go makes it easier to experience without the need to be bogged down with a requirement for a pocket-emptying gaming rig to support the game. In addition to this, the team created a 3D-printed casing for the unit, which became a piece of art in itself. Drawing on inspiration from the within the pages of The Lost Botanist, the casing is shaped like an owl and resembles an elegant mask from a French Royal masquerade ball. 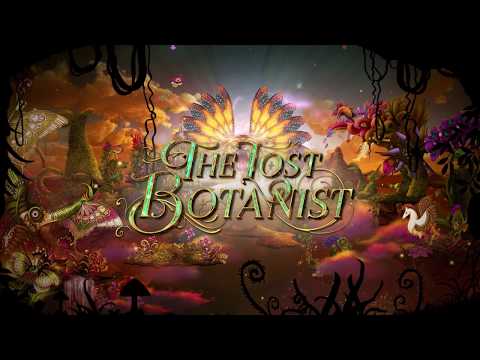 What’s great about the project and its success is that it has put Africa in the spotlight. It’s evident, too, that the team are as passionate about their African roots and wanting to inspire other developers, creators, VR enthusiasts, and the likes to rise to the challenge of bringing Africa to the fore.

In the coming months, the team aims to build on their successes by expanding on the work thus far, completing the immersive experience with new levels. The team is also looking at opportunities to produce a spinoff film, an AR game, as well as licenced merchandise, which includes plushies, puzzles, colouring books, and other toys, to showcase the rich world from The Lost Botanist. There is already rich lore built around the Tilted Sea, including the Under-Garden, where you seek to find out the answers about the Forgotten. 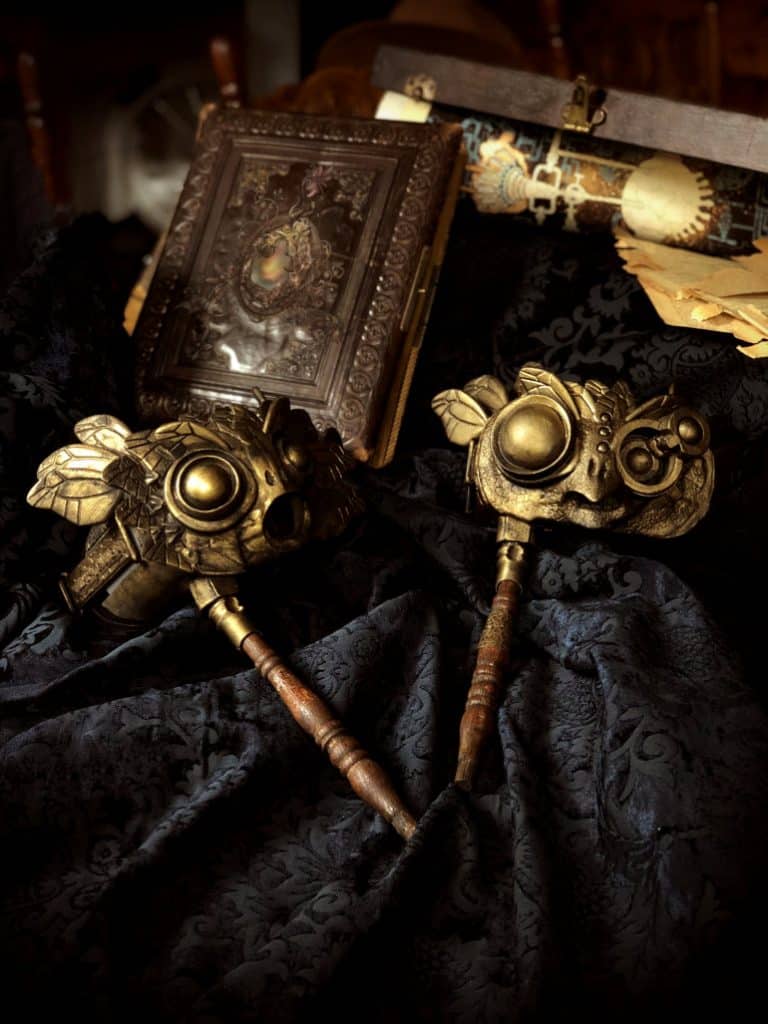