The Internet Is Quite Upset About The 2018 Oscar Nominations 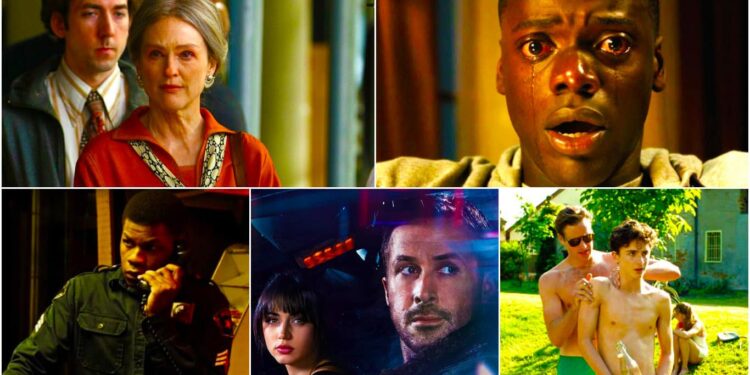 Yesterday the Oscar nominations for the 90th annual awards were announced. Voters seem to be leaning towards a new era in Hollywood by giving first-time nominations to a large portion of the nominees, recognising woman in cinematography for the first time and including Netflix into the mix. Each year, however, there’s are nominations and snubs that truly baffle movie masses. This years include the exclusion of The Lego Batman Movie, Wonder Woman, James Franco for The Disaster Artist, Mudbound, Jessica Chastain for Molly’s Game, Tom Hanks for The Post and the inclusion of The Last Jedi, animated feature film The Boss Baby and Logan for Best Adapted Screenplay.

Nobody is talking about the fact that the #%-€`$ Boss Baby was nominated?!
Lego Batman Movie. Hello? pic.twitter.com/csJDJ2gJiX

It’s clear from the list that the voters didn’t take films tainted by sexual harassment allegations into consideration. James Franco’s portrayal as the eccentric Tommy Wiseau almost guaranteed him a spot until The Times published a story detailing sexual harassment allegations against the actor. It once again highlights the question about whether or not an artist should be seen separate from his art.

It’s so classic that James Franco got dissed by #Oscars thanks to some vague #MeToo allegations in the same year that Kobe Bryant, who was charged with and settled a rape case, and isn’t even an actor, got nominated.

DC fans, however, will be bitterly disappointed that, despite very high praise from critics globally, Wonder Woman, the third-highest-grossing picture of 2017, has been completely snubbed by The Academy and didn’t receive a single nomination. Many believed Patty Jenkins would receive an Oscar nomination for her work as a director on the project. That didn’t happen, however.

The lack of Oscar noms for WONDER WOMAN has to be disappointing for the Oscar show producers. That’s a movie that attracts a TV audience who might not otherwise watch.

Most fans are exceptionally angry that The Boss Baby, the animation that stars Alec Baldwin as a baby genius, and Ferdinand, which stars John Cena as a fighting bull, received an Oscar nomination over The LEGO Batman Movie. Both films couldn’t have been high on anyone’s list of top animated feature films of 2017.

THE BOSS BABY is now an Oscar-nominated film. What have you people done