The Inpatient Review – A Well-Written But Flawed Experience Much like Mean Girls‘ Gretchen Wieners trying to make “fetch” happen, PlayStation has tried to make its VR products the next big thing. Well, with over 2 million units and 12 million games sold by December 2017, you could argue that it’s not doing too badly. The biggest criticism, however, is that the games aren’t nearly as much fun as the regular PS4 titles and suffer from the technology’s limitations. The release of The Inpatient, the prequel to 2015’s Until Dawn, promises to change this, but does it live up to the hype? The good news is, it’s a step in the right direction for VR gaming. The writing, in particular, is on point, as you control a patient suffering from amnesia who wants to reclaim their memories. The story wastes no time in drawing you in and setting the stage for what’s to come. It’s not a long-winded, complex tale or one that takes many risks, but it works in the game’s favour as it sets the parameters of the narrative and sticks to it.

Additionally, the isolated setting suits the VR format perfectly. While most games boast open-world exploration and expansiveness, Blackwood Sanatorium serves as the ideal place for a horror game since it’s suffocating and restrictive – but in the creepy way that you’d expect and want. Like with most horror games, eerie sounds and jump scares are employed to startle you. It works for the most part, but those moments of dead silence are equally as effective. There’s nothing scarier than expecting something to be lurking around the corner and waiting for it to pop up.

So, what’s the bad news then? The Inpatient isn’t nearly enough of a big leap forward to convince the doubters and fence-sitters about VR games. Unfortunately, the experience still feels very much like you’re watching a movie, rather than being stuck in one. The character’s actions and choices are still extremely limited, which takes away from the overall immersive nature. While there’s the promise of replay value since your choices change the outcome of the game, it can be quite tedious having to go through all the parts where you must wait to respond.

The graphics are a bit of a mixed bag, too. In some parts, the character models and designs look impressive, while in other areas, it’s blocky and you can spot the unfinished 3D frame models. When it looks real, you get lost in the world. But when it doesn’t, you can see all the shortcuts that the designers took. Like most VR titles, The Inpatient still feels very much like a DLC than a full game. It has its merits and has utilised the technology the best way possible. That said, I found myself becoming more immersed in Until Dawn than this game, which is sort of the opposite of the appeal of VR. 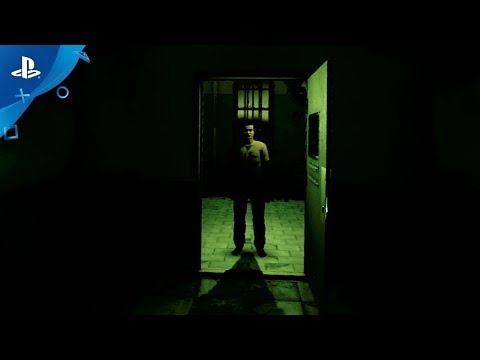