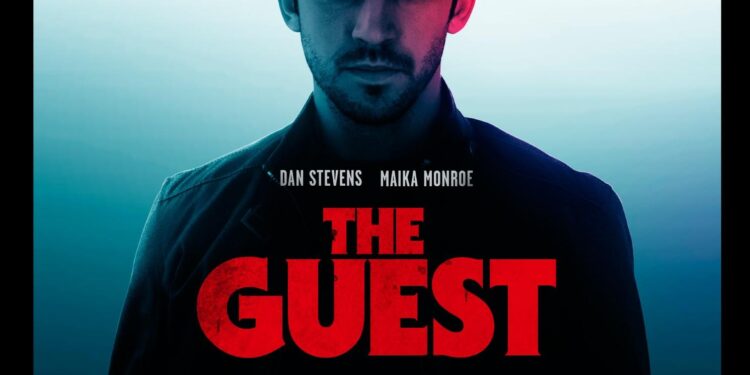 There seems to be an emerging wave of movies that throwback to ’70s and ’80s horror films. The Guest is one of those. It’s a colorful, brave, campy, bloody and entertaining genre movie love letter that is big, bold and badass. The premise is familiar. The Peterson Family are mourning the death of their son who died in combat when they are visited by a mysterious blue-eyed drifter-soldier (Dan Stevens) who claims to have known their boy. Invited to stay at their home for a few days, he helps around the home and learns of their problems. He becomes a son to the grieving mother, a buddy to the father and helps their teenage son from bullies. The only one who doesn’t quite give into his charms is their daughter, Anna (Maika Monroe). She suspects that he might be hiding something. And, of course, she is right.

While The Guest’s plot is remarkably simple, the way it all unfolds is what makes it so entertaining. It is one of the most stylish and fun self-aware thrillers of the year. The directing, the writing, the cinematography, the performances and the short bursts of Hollywood style carnage will leave you breathless. Mixing elements from your favourite classics, including The Terminator and Halloween, it’s slick, fast and memorable. Basically, it’s ’80s nostalgia with modern visuals. The film is held together by its lead, Dan Stevens. He is immensely likable and his tongue-in-cheek tough 80’s anti-hero performance is on par with the best.

From the makers of You’re Next, The Guest is enigmatically fascinating. 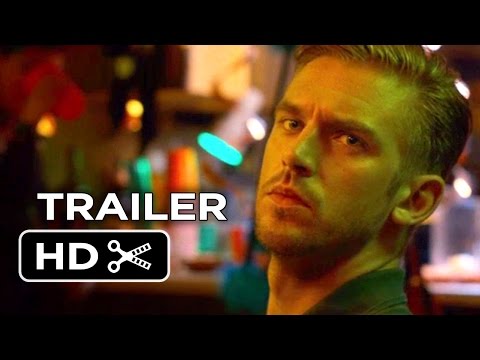