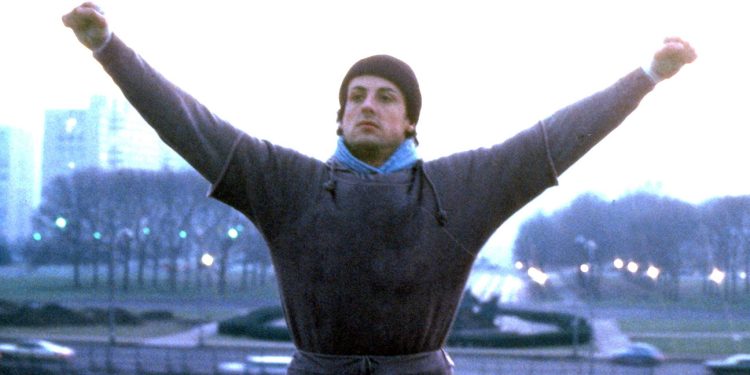 Hollywood film studios hire teams of writers, producers, and directors to come up with ideas for movies and then develop them into full-length productions. Over the years, they’ve come up with everything from movies like Inception (2010) to heart touching and thrilling sports movies that creates the unpredictability and excitement that makes so many fans dig even more into it. Having “skin in the game” adds an extra dimension to spectating and is also a way for fans to show their support for their favourite team or athlete. Many fans do this for free by using sign up offers and other promotions that are available from most bookmakers.

Sometimes though, these creative teams lean on stories from real life, using them for inspiration, or even basing the whole movie on events that actually took place. The 2016 movie Sully is a great example of this. Starring Tom Hanks, it recounts the events of US Airways flight 1549 which suffered a double engine failure after encountering a flock of geese, forcing an emergency landing.

Sports can often produce narratives that are just as dramatic and exciting as these entire teams of creatives. The 2019 Toronto Raptors NBA Championship victory was a memorable moment for many basketball fans as it was the first time a team from Canada had won the biggest prize in the sport. Similarly, the 2015-16 Premier League season in which Leicester City shocked the entire footballing world by winning England’s biggest trophy just a year after being promoted into the competition.

This excitement and drama are also why Hollywood often turns to sport for inspiration. Over the years, many movies have been produced that are either based on true stories from professional sports or take inspiration from events as they write their fictional plots. Here are some of the greatest films that have been inspired by sport.

Senna (2010) is a documentary film about the late Ayrton Senna. The Brazilian was one of the biggest names in Formula 1 during his time in the sport, and his tragic death at the 1994 San Marino Grand Prix was a dark day for motor racing that led to a huge push to increase safety for drivers that continues to this day.

The movie mixes archival footage from both on and off the track with interviews with both Senna and those that knew him.

It was widely praised as being a film that was enjoyed by petrol heads and non-motorsport fans alike. It was achieved by focusing on the human side of the sport and of the life, personality, and lasting impact of Senna.

Released back in 1976, Rocky is a film that is still enjoyed by millions around the world. Though not a true story, it is inspired by Rocco Francis Marchegiano (aka. Rocky Marciano) and Chuck Wepner – two former heavyweight boxers.

It is the classic underdog story, following Rocky Balboa, an aspiring boxer who takes on a world champion heavyweight fighter in a boxing match.

However, unlike in most underdog movies, Rocky doesn’t overcome the overwhelming odds to land a knockout blow on his opponent. Nor does he win on a judges decision that recognises his glorious spirit and inspirational perseverance.

Instead, Rocky is defeated in the ring, but still celebrates the fact that he managed to go the distance against an opponent much greater than himself.

In many ways, this story is one that more of us need to see, rather than the traditional last-minute comeback to achieve an unlikely win. It is, perhaps, why Rocky remains such a popular film today.

Fifteen Minutes That Shook the World

Fifteen Minutes That Shook the World (2009) is a fictional story in which the writer Dave Kirby creates a comic half time team talk during the 2005 Champions League Final. Liverpool ended the first 45 minutes 3-0 down against AC Milan, but while the same players stepped onto the pitch for the second half, it seemed like an entirely different team.

The reds scored three goals in six minutes to level the score and then hung on through extra time to win a penalty shootout.

Fifteen Minutes That Shook the World is purported to be CCTV footage from Rafa Benitez’s pep talk, though the chaos that ensues will quickly put an end to anyone thinking this is anything but a piece of fiction.

The film is filled with scouse humour and features many famous faces, making it a must-see for those that appreciate the local comedy.