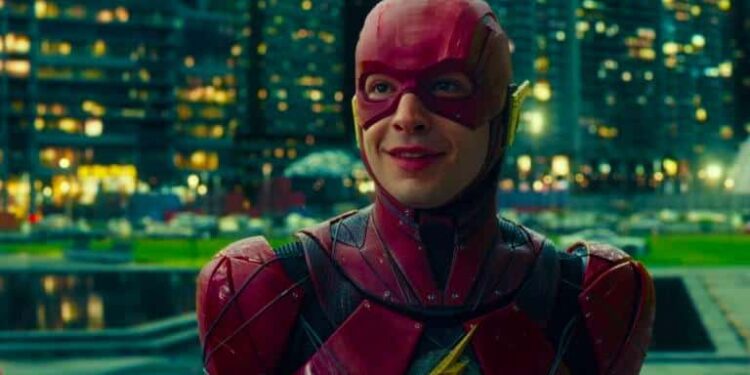 Created by writers Robert Kanigher and John Broome and penciler Carmine Infantino, the fastest man alive in the DC universe, The Flash, needs no introduction.

Barry Allen, whose name is inspired by talk show hosts Barry Gray and Steve Allen, returned to the mainstream DC line up in the New 52 series reboot after his death in 1985 on Crisis on Infinite Earths.

With the character making his way to the DCEU, it seems like the perfect time to look back at a few interesting facts about The Flash.

Life is locomotion… if you’re not moving, you’re not living. But there comes a time when you’ve got to stop running away from things… and you’ve got to start running towards something, you’ve got to forge ahead. Keep moving. Even if your path isn’t lit… trust that you’ll find your way. — The Flash

1. Although late by nature, even born two weeks late, Barry insisted that he and Wally be late for everything to protect their secret identities. He mentions not having seen the beginning of a movie for ten years.

2. The Flash is a Taurus, born on the 13th of May. Originally, he was listed as being born on the 16th of March but this was changed in The Life Story of the Flash.

3. Flash has a twin brother named Malcom Thawne, also known as the villain Cobalt Blue. The Allen’s believed Malcom had died during birth, however, he had been given to another family, the Thawnes, whose child was stillborn.

Life doesn’t give us purpose. We give life purpose. — Bartholomew Allen (New Earth) 4. Barry Allen won a scholarship to study at Sun City University. He took first place at Fallville County Fair Agricultural Competition and went on to complete a degree in Organic Chemistry with Criminology as a minor.

5. Barry Allen had his face reconstructed after a fight with Big Sir. In order to make the world think that the real Barry is still missing or dead, he decided to give himself a new face that nobody would recognise.

6. The Flash broke the “thou shall not kill” rule and had to stand trial for the murder of Zoom.

I was never a saint. I was just a guy chasing justice. -Bartholomew Allen (New Earth) 8. After Barry Allen’s death, the Marvel Universe created Buried Alien, a character knockoff Flash character, to pay tribute to the DC superhero. He dons the classic colours, suffers amnesia, but remembers running into this new universe (Marvel Universe) from another universe (DC Universe). He becomes known as Fastforward, the fastest man in the universe, but this time in the Marvel Universe.

9. Oliver Queen was given a tour of heaven and the afterlife by Flash in Kevin Smith’s Quiver.

10. Barry Allen has a Time Cop alternate reality version of himself known as Hot Pursuit. He rides upon a time force infused motorcycle as he secures the futures and timelines of the universe.