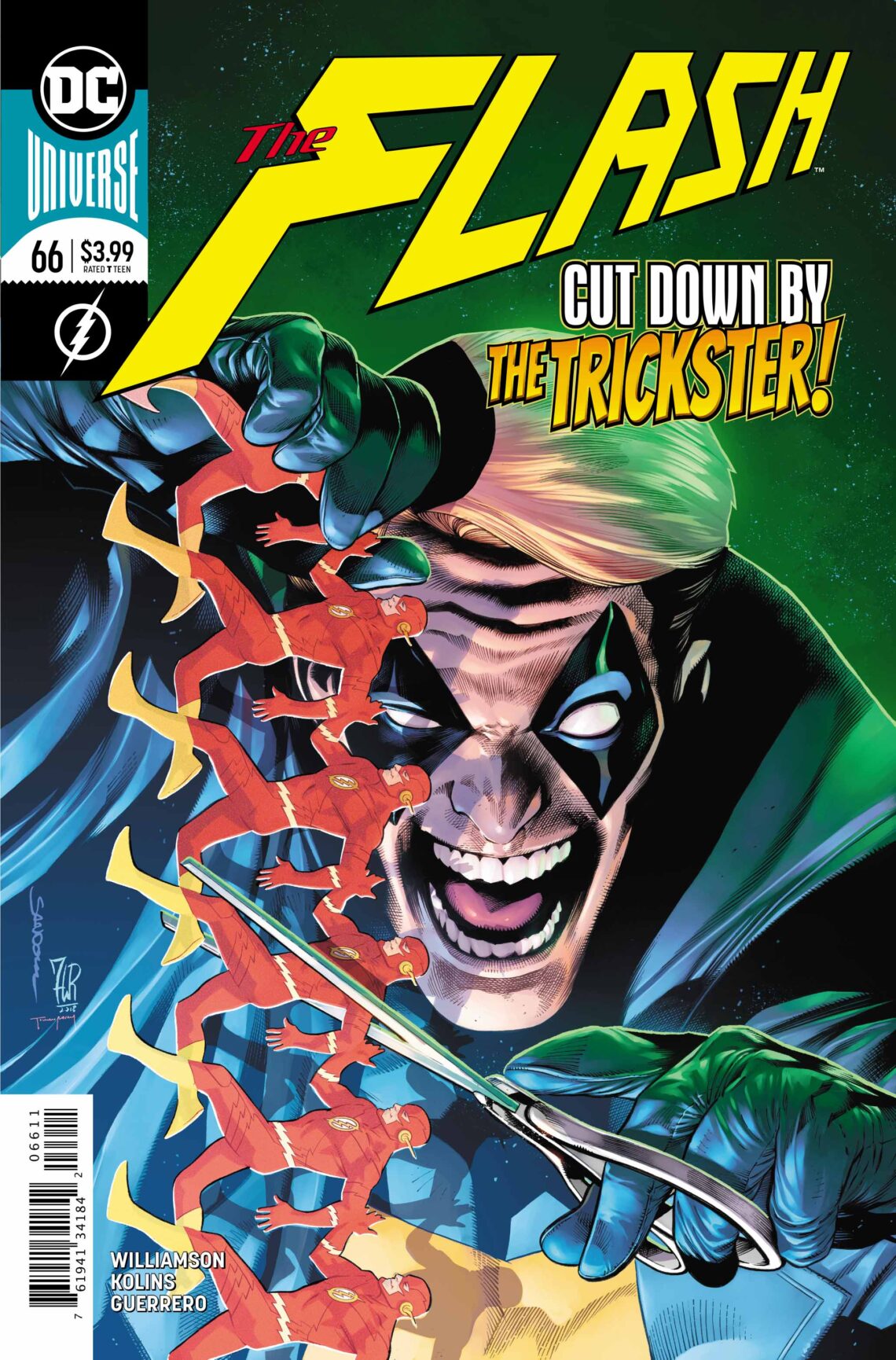 This week we’re back to more conventional storytelling as we revisit one of The Flash‘s most famous foes. Whilst the issue itself isn’t your standard Flash title, we are no longer experiencing the Batman crossover and, instead, have more focus put onto the Trickster, a fun but flawed member of the Flash’s rogue gallery. Surprisingly, it makes for a compelling and succinct story. 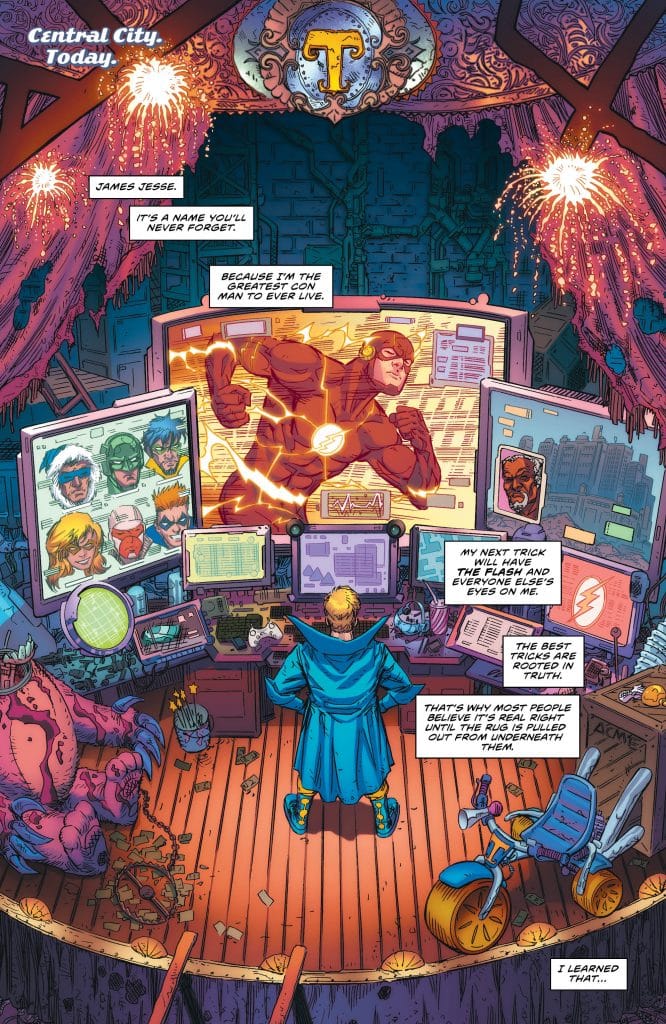 Immediately it’s clear that the quality of the artwork is still at an incredibly high level. The flashback sequences are perhaps a little too washed out in terms of the colour work, but the art itself and the colour in the modern day are both well done. A character like Trickster relies on vibrant and colourful artwork to allow the full personality to come to life. Perhaps that is why the flashbacks were muted in some way, in order to demonstrate the transformation across time.

The story itself ties in nicely to what we have seen in the past from Trickster and his struggle with Warden Wolfe, a subplot that was picked up on in the early issues of The Forces arc.

Throughout this issue, we have a strong theme of the struggle that Trickster has in order to define himself. He is obsessed with fame and legacy and has a strong fear of failing in front of his captive audience, sometimes literally. During his childhood, this stemmed from a desire to make his parents proud, something he never truly did, often being overlooked. As a Flash villain, he still struggles to be taken seriously and is often overlooked for a big bad. Within the criminal world, he is somewhat of a joke and this is not the status he wishes for himself. 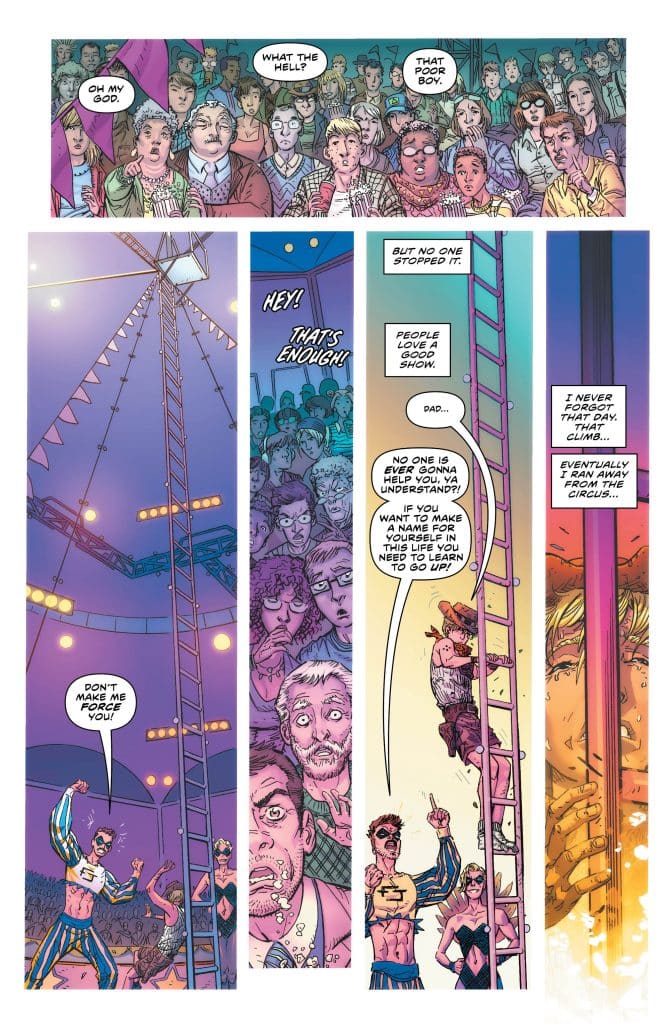 The Flash #66 sets up a big, mad and altogether devious scheme that will see the Flash finally in trouble, or so the Trickster hopes. Finally being able to escape his cell, after the numerous failed attempts in the past, this is all about Trickster facing his fears – the literal fear of heights but also the metaphorical fear of failure and falling from the height of his career that he has experienced in the past. He’s a con man, but a good one and one that clearly thinks he finally has what it takes to take on the Scarlet Speedster.

The Trickster we see in the future, therefore, could be more dangerous than we’ve ever seen before, especially now that we understand his motives, which date back to his traumatic childhood.

Moving into the next issue therefore, the dynamic between our hero and villain should be more balanced. The last time we saw the Trickster he was overpowered with the Strength Force, in order to stand toe to toe with Flash. This time around his tricks are all he needs, as the character has found his footing again.

The Flash #66‘s excellent writing has brought the character back to prominence and now promises some quirky and kinetic action to come.

A compelling Trickster origin that elevates a stale character to new heights.