The Flash #60 Review – An Interesting Look At Real World Corruption 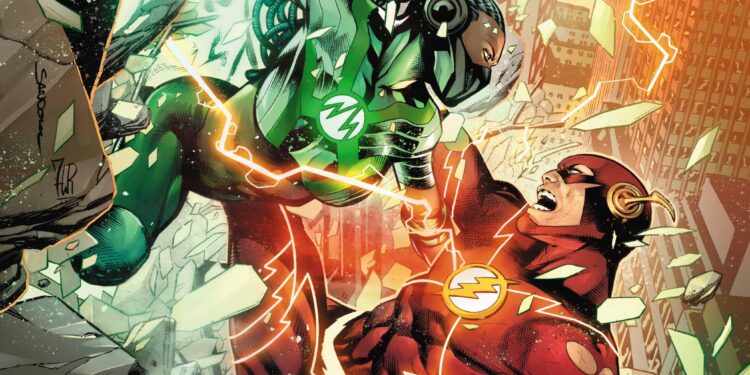 The Flash #60 takes place in Corto Maltese as the Scarlet Speedster battles it out with one of DC’s newest heroes, Fuerza. On his continued force quest to understand the strange new forces that are emerging in Barry’s world, Flash has been driven to this foreign land in order to find a deeper connection to the energies that have given him his powers. The lessons that he learns may come from an unexpected place, however.

The Flash #60 kicks off with a reminder that Gemini are ahead of The Flash on his journey, having gained some vital information from Gorilla City that was hidden from Barry Allen. Rather than following him to Corto Maltese, they have gone ahead to presumably his next destination in order to set a trap. This was a brief stop with these villains but a useful one in order to foreshadow what will be waiting for Flash once he has finished this part of his quest. It is then revealed that Fuerza, real name Alexa Antigone, is a student that got swallowed by the earth and given the strength powers…

Back in Corto Maltese, Flash have entered the middle of a battle between Fuerza, the wielder of the Strength Force, and potential avatar and the local police, led by a man named Cauldron. It quickly becomes apparent, however, that the police are reckless and it is, in fact, Fuerza that seems to be protecting them. They both flee the scene when Cauldron holds a gun to Iris’s head in order to ward of the new heroes in town.

It is then revealed that Fuerza, real name Alexa Antigone, is a student that got swallowed by the earth and given the strength powers, much like Trickster previously. She has gone on to create a sanctuary for her local people, protecting them against the corrupt police in the area and their dangerous weaponry. After revealing his identity to her, Alexa and Barry start to bond and help each other understand their connection to their forces better. For the first time, Flash is not looking at this scientifically, as he usually does, but in a more spiritual way, questioning why he was chosen to be The Fastest Man Alive, as Alexa is with her identity as Fuerza.

Back in Central City, Commander Cold and Detective Burns are still on a case as their romantic bond starts to develop. After previously capturing Razor, it appears that this is some kind of setup, with the location having been cleared out and set up with cameras. The identity of those watching the two investigators isn’t explicitly said, although it appears to be the Trickster alongside his allies.

The foreshadowing of other villains and reminders of subplots are useful and the art here is stellar, especially with the design of Fuerza.

Back in Corto Maltese, Cauldron has returned, having been sold some sage weaponry to take on Flash and Fuerza, setting up the next issue of The Flash as they continue to fight against and understand these new forces.

This was an interesting look at the real world corruption that can occur in locations similar to these and features an origin to a hero that is both relatable to many and inspiring. This also brought a new level of understanding for Barry about his role in all of this. 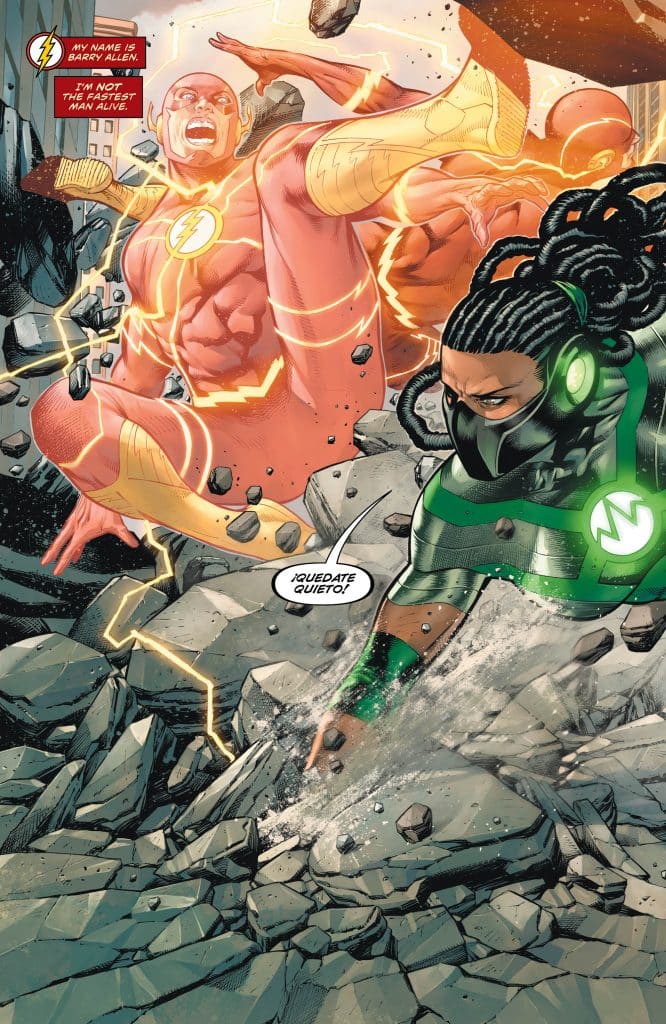 The foreshadowing of other villains and reminders of subplots are useful and the art here is stellar, especially with the design of Fuerza.

The Flash #60 is an interesting path to take therefore, setting up a new hero amongst this already interesting and wide-ranging story. Taking The Crimson Comet out of Central City was the right decision to make and it’s really paying off as he continues to on this force quest, incorporating new characters into this well-established world.

Taking an interesting look into a different community, Flash becomes more personal as we're introduced to a new hero that can help out on the Force Quest.