The Fantastic Four – Vision vs. Voice 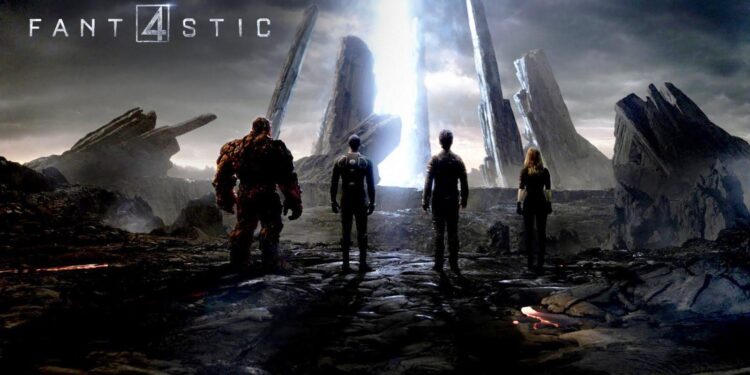 You’ve probably read all the stories already. It was inevitable.

The knives were out almost for the Fantastic Four reboot from the very beginning and with each new piece of information, every teaser trailer, they just got sharper by the day. And now that this turkey’s been presented to the world, every critic, comic book fan and naysayer is carving it up with smug, self-satisfied glee. That’s not to say that it isn’t justly deserved though.

Within hours of the first reviews coming in, the film’s director Josh Trank had already passed the blame on to Fox studios for interfering. Given their previous meddling in other films it’s perfectly possible, although it’s debatable whether their re-shoots and edits made the film better or worse. Especially after Trank tweeted that his version of the film would have gotten great reviews.

Would it really? The FF fans were already outraged by this reboot even before filming started. News of Doom the angry blogger, an altered origin from the comic books and the casting choices were all received badly. And when the director tells the actors to not even bother reading the original comic books on which this movie is based, you know there’s something wrong.

As for Doom himself, it seems like the only reason they restored the name Victor Von Doom instead of sticking with Victor Domashev is because of the fans’ negative response finally being listened to. What’s happened since is a giant I told you so from all those who apparently knew better. It’s almost cruel to point and laugh at it being rated the worst Marvel movie ever and its critical and financial losses. That sort of attitude from the fans is nothing to feel proud of – and I should know, because I’m one of them who’s been doing it too. Granted, it feels satisfying in an awful way, although really we should pity the Fantastic Four reboot.

So now there are a thousand articles out there where everyone’s debating what went wrong, what it means for the potential sequel that was planned, whether Fox will finally learn from this experience and if they’ll now finally concede that maybe letting the rights go back to Marvel Studios is the best thing for all concerned.

It’s a what if? game and everyone’s got their opinion. As always, only time will tell. The last time something like this happened – with DC’s Green Lantern film in 2011 – the fallout was heavy, a sequel was scrapped and plans for a “shared universe” got put on hold. Whatever happens with the Fantastic Four next is going to require a lot of discussion and much soul-searching by those in charge.

Interestingly, Josh Trank had a vision for the Fantastic Four. It’s just sad that it seems his vision seemed to reflect more of his personal opinions rather than giving the fans something which they actually wanted. It doesn’t mean his vision was wrong, just that it didn’t match those of the fans.

When someone’s vision makes money and is well-received, it’s easy to forgive its flaws. Tim Burton’s Batman films may seem hokey by today’s standards but they were successful, and these days the modern fans excuse them by saying, “They’re not really Batman films, they’re Tim Burton’s vision of Batman films.” But they were Batman films, whether people want to vocally accept that or not. Thankfully his films were still pretty good. We differentiate them though from the newer films by saying the last three were Nolan’s Batman films, Nolan’s vision. That particular vision fell apart after two movies, the third having a mass of plot holes which die-hard fans refuse to concede even exist. Meanwhile, the new DCSU films aren’t really following Nolan’s vision even though he’s involved, because the new vision says that his Batman films never happened either.

With every inevitable reboot the vision changes, sometimes for the better and sometimes for the worse and, when you’re treading on the same path as what’s gone on just years before, the comparisons are inevitable. The Incredible Hulk was better than Ang Lee’s Hulk, while Man of Steel had more explosions but less heart than Superman Returns. The Daredevil TV show ran rings around the movie which came before it. That’s how it goes.

And suddenly, strangely, Tim Story’s Fantastic Four films look a whole lot better. For all the criticisms thrown at them, they did manage to capture the lighter, more madcap fun side of Marvel’s First Family from the original comic books of the sixties.

Ultimately the fans want a vision of the characters they love which is accurate. The closer it is, the more the fans love it. Even if the film bombs, the fans have been served something which they can be proud of. Bryan Singer understood that with his X-Men films, while Brett Ratner had Cyclops and Professor X killed and nearly sank the franchise with his. Deadpool in X-Men Origins: Wolverine was booed because he was wrong, the trailer for the new Deadpool film got cheered because he was right. Understandably the general studio mentality is that just appealing to comic book fans with a comic book movie is box office suicide – the movie has to appeal to a broader audience, it’s common sense. However, those with a vision should never lose sight of how they need to respect the source material and please the core fans first, because those fans are the built-in audience who already want to see it. The fans don’t own the characters legally, but they do have strong opinions.

More than that, they have an even stronger voice. A voice which can be beautiful when it sings praises and ugly when it brutally condemns.

Whatever Josh Trank, Fox, The Fantastic Four, and comic book movies on the whole do next, this should prove as a stern warning to them.