Home > Gaming > Take Back America In The Division 2 Story Trailer

Take Back America In The Division 2 Story Trailer

Ubisoft has released a new story trailer for the upcoming The Division 2, which gives players a look at some of the threats they will be facing off against.

The Division 2 leaves behind the snow-covered streets of New York and heads to Washington D.C seven months after the events of the first game. It soon becomes clear that new radical groups have emerged, groups that not only poses a threat to the people of Washington D.C but the whole of the country. It’s up to players, as part of the Division, to take down these outlaw groups who have popped up all over the city.

The trailer also reveals the dates for the game’s closed beta, which will be taking place from the 7th of February until the 10th of February 2019. Players will be able to get a taste of what the full release will have to offer. Those who have pre-ordered the game will have access to the closed beta. Those who haven’t pre-ordered can register here if they want a chance to receive one of the limited beta keys. 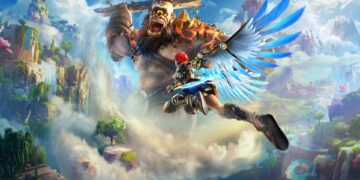