The Dark Pictures Anthology: Little Hope Gets An Interactive Trailer

Bandai Namco Entertainment has released a new interactive trailer that shows some of the dilemmas players will face in the next chapter of The Dark Pictures Anthology. Little Hope, an interactive drama survival horror video game developed by Supermassive Games (the creators of Until Dawn) and the successor to Man of Medan, promises darker twists and turns as five new characters venture off into a ghost town.

For those who can’t wait for Little Hope, which has now been delayed until October 30 (incredibly fitting), the new interactive trailer should be enough to keep fans on their toes until the game’s release date. It gives players a taste of what’s to come and the characters involved. The first YouTube video is available for anyone to find, but every video after that is hidden behind choices.

Like the previous title, Little Hope will be a multiplayer cinematic story-driven game, where players make choices, explore relationships and dialogue, and attempt stressful quick-time events.

If the sequel is like the first, the game will require repeated attempts at a perfect happy ending. 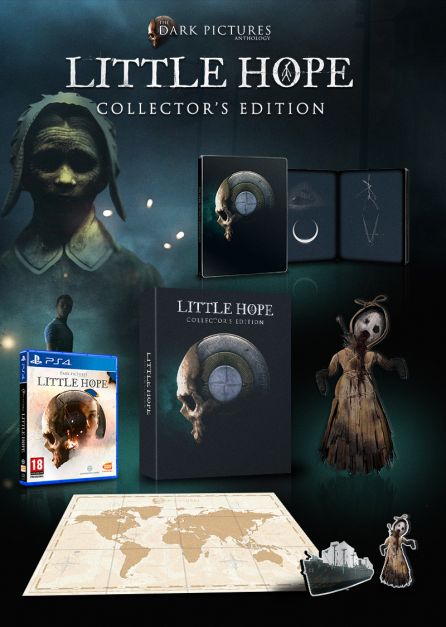 The Little Hope special bundle has also been announced and includes some nice additions, including a steelbook showcasing a separate disc for each episode in the game and a rag doll featured within the game.

Pre-orders of The Dark Pictures Anthology: Little Hope are available now on the PlayStation Store, the Xbox Games Store and STEAM.