Stephen King Wants You To Watch The Crossing 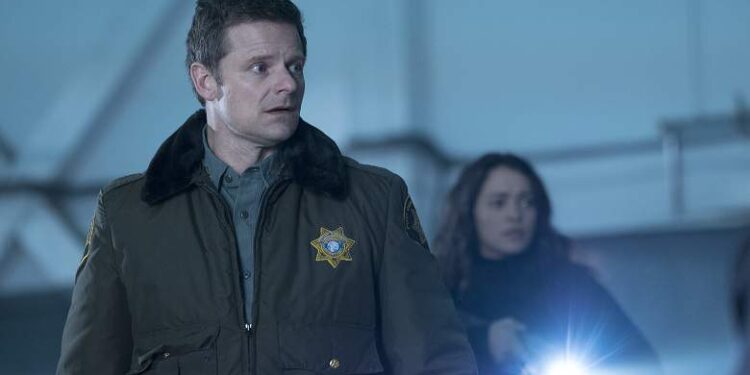 Over the years, the name Stephen King has become synonymous with all things creepy, whether that be in the horror or sci-fi genre. With 56 novels to his name and hundreds of awards, the creator of It, Carrie, The Shining, The Stand, Thinner, and The Green Mile knows a thing or two about great entertainment and what makes a great sci-fi thriller. That’s why it’s exceptionally high praise when the author took to Twitter to sing the praises of ABC’s new time-travelling immigration TV series, The Crossing. Watch now »

The first episode of THE CROSSING (ABC) is damn good. Hard to trust network TV drama over the long haul these days, but this is worth a look. The first 5 minutes are jaw-dropping–strange and beautiful.

If you’ve seen the trailer, The Crossing, which springs from the creative minds of Dan Dworkin and Jay Beattie (co-creators of Matador), begins with local sheriff Jude Ellis (Steve Zahn) discovering hundreds of bodies washing up on a beach. The 47 survivors all tell the same story: They are refugees from a future where mankind is being hunted to extinction by a highly-evolved and genetically engineered race called Apex. It’s not long before the Department of Homeland Security, led by Emma Ren (Sandrine Holt), come to investigate the mysterious event, which causes all sorts of havoc for the quiet town. Meanwhile, Reece (Natalie Martinez), an Apex who has also crossed over, becomes separated from her non-Apex adopted daughter Leah (Bailey Skodje) and tries her best to find her again.

As King pointed out in his second tweet about the second episode of the show, all these strands merge to create an important story that deals with deeper topics, like the global refugee crisis, immigration policies, classism and war. Of course, sci-fi feels like the perfect genre to tackle such complex issues in an entertaining and thought-provoking way. And that’s what The Crossing, a cautionary tale of sorts, is setting out to do in its 11-episode season. It’s reminding the world that we need to be concerned with our current political decisions.

There’s a sly and carefully crafted immigration subtext to THE CROSSING, and a bonus in Episode 2: a totally cool classic Chevelle.

Why you should watch it

The first episode of The Crossing is solid and quite compelling, even if there is a strange sense of déjà vu as the events unfold. It’s complex enough to be interesting but, as far as time travelling sci-fi goes, simple enough to not confuse audiences with over convoluted plots and tech-science talk. It could be described as the next Lost or even the next Flashforward, but there is definitely a hook here worth returning to. If you don’t believe me, believe Stephen King.

Watch The Crossing for FREE on Showmax with a 14-day trial.