The Coolest Sneakers of 2015 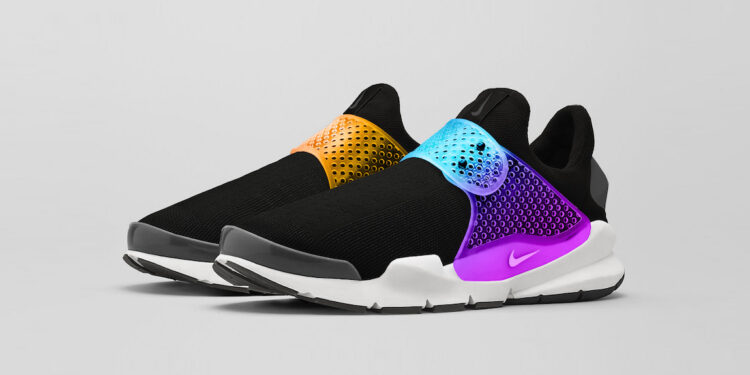 It’s no secret that sneakers are serious business and 2015 was a banner year for footwear as a whole.

Incase you didn’t know, the year was dominated by Nike and Adidas, the latter being dwarfed by Nike – which owns a whopping 48% of the USA’s footwear market. It’s no suprise then that our list below is dominated by the two biggest sneaker companies in the world… The adidas Ultra Boost is a popular running sneaker from adidas that debuted in February, 2015. It combines Primeknit uppers with Boost cushioning for an excellent combination of comfort and support. The Ultra Boost became an overnight hit after Kanye West wore them during a Chicago Bulls game. The adidas Yeezy 350 Boost is a low-top sneaker designed by Kanye West. The shoes were first debuted at the YEEZY Season fashion show in February. A grey colorway is confirmed to release at select locations worldwide on June 27th, 2015 with an MSRP of $200. The Nike Sock Dart originally released in 2004 and was one of the first Nike shoes to feature knit uppers. The Sock Dart returned in late 2014 in fragment design collaboration releases and in 2015, began releasing in general colorways. Converse has introduced a modernized edition of the iconic Chuck Taylor All Star, featuring a Lunarlon insole, durable canvas upper, and an overall cleaner, updated design that still retains the classic silhouette. The Converse Chuck Taylor II debuted in July 2015. Premier x New Balance 998 is the first collaboration between Michigan natives Premier and New Balance. A combination of black and tan suedes, the 998 ticks the right boxes. The adidas Yeezy 750 Boost is a mid-top sneaker designed by Kanye West.The first release was in February 2015 in a grey/white colorway. The second release is the all-black colorway, which will hit stores on December 19th. Currently, resale prices for the Yeezy 750 Boost is $2,000-3,000. The Nike Flyknit Racer is a Flyknit running shoe that released in 2013. The most famous colorway is the “multi-color” that was available in Summer of 2013. The Flyknit Racer “Multicolor 2.0” popular as a running performance shoe as well as a lifestyle sneaker in 2015.

The Nike Air Max 2016 hit retailers on November 19, 2015 and released in three initial colors: Hyper Orange, Black, and Blue Lagoon. The 360 degree Air bubble builds off the 2015 model with a breathable mesh and Flywire on the upper, reducing weight and bringing attention to the prominent Nike “swoosh,” that is now located near the toe area. Looking for something a littler more daring? Famous French sneaker retailer Colette have a shoe for you. Utilizing a polarizing blue, polka dots land throughout the upper and are even inverted on the midsole, ankle support, and famous split-tongue for a completely new take on the Asics classic.