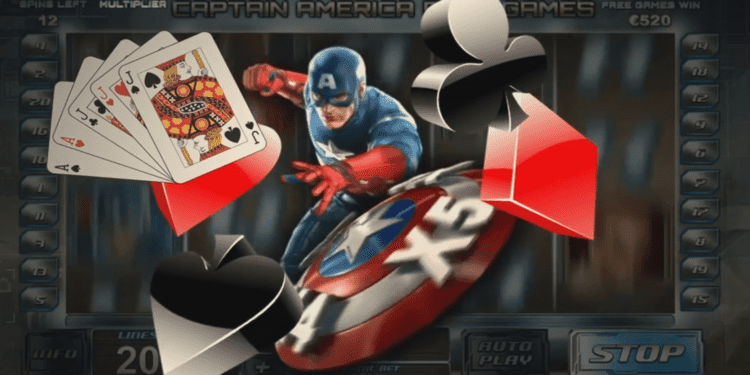 Superheroes are everywhere in modern society. These larger than life characters have jumped off the comic book pages and now fill up our cinema multiplexes, box-set TV shows and video games. But many superheroes have now started appearing in some of the world’s biggest online slot games.

As a result, you can visit just about any casino site featured at a resource like CaptainGambling.com and play an officially licensed slot game bearing the likenesses of everyone from Batman to Captain American and beyond.

So without further ado, here’s a roll-cool of the best superhero slot games in the universe. 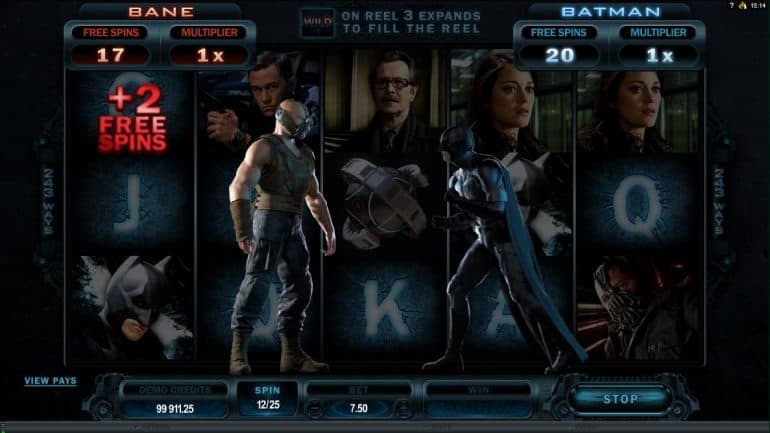 Everybody knows that Batman is the best superhero, so it’s only fair that the Caped Crusader also has the best superhero-themed slot game. This was produced by Microgaming who is one of the world’s leading casino game developers.

On the surface, the Dark Knight Rises looks like yet another five-reel slot. But it’s packed with stylish visuals from the movies, and the audio makes you feel like your spinning the reels in Gotham City itself.

Plus, with a decent return to player ratio of 96.41%, it’s a slot that will help you make some pretty good Bat-wins.

The Suicide Squad movie might have been fairly uneven but it gave Margot Robbie the chance to play one of the most iconic comic book characters of modern times, Harley Quinn.

Need some more Harley in your life? Then you’ll need to play the Suicide Squad slot game from PlayTech. This features all of the motifs from the DC Comics movie you’d expect, and getting the Enchantress wild to land on the reels can double your wins – which is pretty handy as this has a relatively mediocre RTP of just 94.14%.

Microgaming was on fire when they conjured up the Hellboy slot. It’s a game that pays perfect homage to the hit 2004 movie with a cool Supermode feature that can give you plenty of extra spins to play with.

If we had any criticisms it would be that it could have featured more of Ron Perlman. But it’s still a commendable tribute to one of cinema’s most overlooked superhero movies, especially since the last Hellboy movie was somewhat dismal. 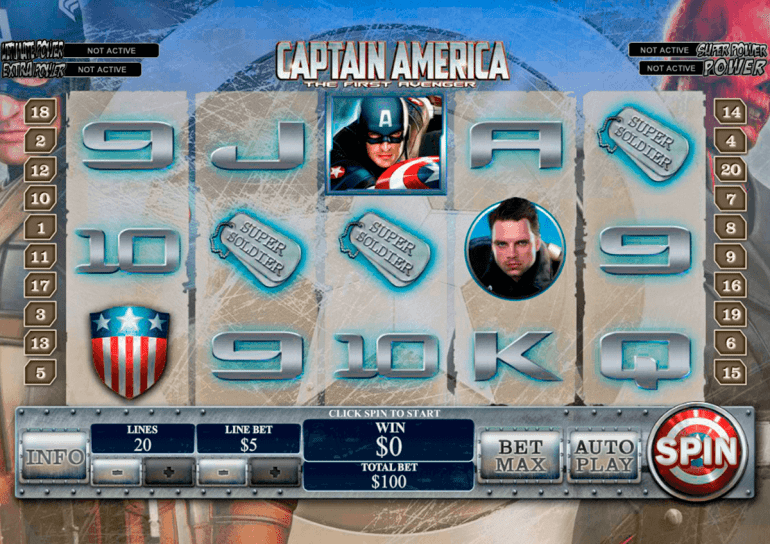 Some people might think that Captain America is one of the more uninspiring comic book creations. But those people clearly haven’t played the Captain America slot game. This slot is packed with action and special features. You’ll have plenty of fun trying to trigger the Captain America Scatter Shields to get the Super Energy bonus games. Plus, there are no less than four massive progressive jackpots that should encourage you in your quest to become the next superhero to join the Avengers.

Of course, superhero slots aren’t just about the battle between Marvel and DC Comics. NextGen Gaming took the time to create an awesome slot game based on the fearsome Judge Dredd from 2000AD.

It’s a great-looking slot that is set amidst the chaos of Mega-City One as you dispense justice while trying to rack up some wins across the 25 paylines. Make sure that you try and trigger the I Am The Law feature that could serve up some decent 10x multipliers.

Okay, so this last superhero slot game is cheating as it doesn’t actually feature any big-name superheroes. But we still think that this Yggdrasil slot game is well worth a look. The casino game developer has used its imagination to come up with some awesome superhero characters that look a lot more villainous than those you’re going to get in your standard Hollywood movie.

It’s great fun getting to learn about these new superheroes like Mirage, Hopper, Trance and Knox. Credit to Yggdrasil for trying to come up with something different. What’s best is that the Super Heroes slot features a decent return to player ratio of 96.1% – which means that you’ll get a good chance of making some impressive wins.