Nothing sets up the tone of a series or film quite like the introduction music. Whether it be a recurring tune, a once-off symphony or a few visuals that really get you into it. We’ve seen quite the iconic themes from the likes of James Bond over the years, as well as others from TV series such as Game of Thrones or The Jeffersons. Over the past two decades of watching anime, there have been a few intro/theme songs that have stuck in my head. So, why not create a list of the best anime intro songs?

What I found interesting and funny is that a lot of modern anime intros have been rock music, with quite a few leaning over to the heavy metal genre. We’ve all seen the memes, right?

While it may be very subjective, there are some that easily stand out from others. This list is not to be mistaken with our list on Best Cartoon Theme Songs or Classic 80s Shows. Every viewer will have their own respective lists, especially when they’ve viewed a different list of anime to begin with.

Here’s a list of my favourite 10 (the best anime intro songs), in no particular order.

Needless to say, this is probably the most easily recognisable theme song when it comes to the anime scene. Heck, there are even those who don’t watch or follow anime that know and/or love this song. It’s the ultimate in iconic theme music across all genres, so there’s no doubt why it’s on this list.

Samurai Champloo was known for its hip-hop and rap music from across the globe, which formed an integral part of the anime’s appeal to a wider audience. The series itself is known by many outside of the anime circles, while the intro song, Battlecry, may not necessarily be. Be that as it may, it’s an iconic tune and easily one of my favourites.

The tale of the headless rider. It’s been more than a decade since the anime series first appears on televisions across Japan and then the world. It had a very large list of characters in the series, while still being able to intertwine each of these into a very seamless story, most of which revolved around Celty Sturluson – better known as The Black Rider. However, it’s the intro song that laid down the marker when it came to the first season with the impressive song by Theatre Brook. It mixes both Japanese and English lyrics, making it easy to sing along for non-Japanese speaking anime fans.

Much like the show, Unravel is an eerie song that captures the essence of the show. It starts of rather sombre and breaks into a bit of rock with heavy electric guitar influence. The high-pitched vocals are also on point

Cowboy Bepop – Tank! by The Seatbelts

3, 2, 1, Let’s Jam. These are the only lyrics to the opening theme to Cowboy Bepop. The show originally aired in the late 90s, producing this memorable tune. It’s a minimalist beat with jazz instrumentals on top of the bass song. Unlike many other anime that also switch themes after each season or even mid-season, Tank remained the theme music for all 25 episodes. I couldn’t imagine any other song that would feature for this series.

Attack on Titan – Guren No Yumiya by Linked Horizon

One of the modern classics, Attack on Titan has had quite the number of theme music changes across its multiple seasons and even more parts. However, it’s the first theme song that stands out from the rest that followed. It, too, tells its own story. The song itself features a mix of genres, including rock, classic symphony, background choir and even the guitar solo. That said, the other opening themes aren’t bad either.

Maybe I’m just a bit biased on this one because I’ve watched the Darker than Black anime series more times than any other anime. It’s easily in my top three anime of all time, so it’s easy to see why the theme song sticks out to me. The rock song hits all the right notes before the rest of the episode unravels.

While I’m, admittedly, not the biggest fan of the anime series itself (no judgement please), the second season for the show produced one of my favourite anime intros ever. Haruka Kanata by Asian Kung-Fu Generation is a song I would find listening to, even away from the anime itself. It’s one of those songs I can listen to the full version, while on repeat. The song from the Japanese hard rock genre definitely sets up an episode in classic style.

Yes, I know, this is a credit’s song. But, it’s one of my favourites. While the opening theme for Rurouni Kenshin is itself memorable, it’s nothing compared to this. It’s simple yet catchy. It, too, like the Durarara!! opening theme, is a mix of Japanese and English lyrics and another that’s easy to sing along to.

Although not one of my personal favourites, it’s definitely still iconic and one that many anime fans will remember from back in the day.

What do you think is the best anime intro song?

Now that I’ve gone through my personal favourites, I’m sure there’s going to be a lot of heat on the list itself. So, you’re more than welcome to list your own favourites in the comments below, or disagree with some of the ones I’ve added to my list. 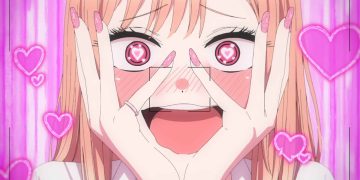