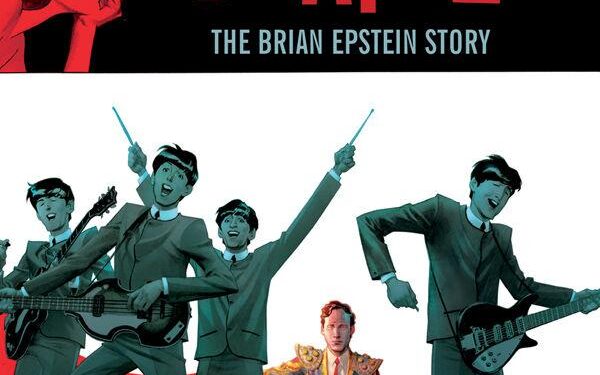 If you are a serious Beatles aficionado then the title ‘The Fifth Beatle’ will be a point of contention for you. As a fan you either fall into one of two camps, those who will agree with Paul McCartney and believe that if there was a fifth member then it was Brian Epstein. On the other hand you might say, “No, wait a minute that title has to go to George Martin”. Writer Vivek Tiwary has decided that Brian Epstein is the fifth member and his story pays homage to one of Vivek’s heroes. The two central tenants of the story are Brian’s desire to escape Liverpool and achieve greatness. Epstein saw the Beatles as the conduit to achieving this goal and secondly the story focuses on Epstein’s personal life and his struggle as a closet homosexual. What Tiwary does very successfully in the story is to show how vital Epstein was to the Beatles’ success. It is debatable if the band would have made a name outside of Liverpool and Hamburg without Brian’s keen business sense and his undying belief in the group. Vivek juxtaposes Epstein’s phenomenal achievements with the band and his personal struggles with loneliness and the difficulty of leading a double life. Upon review the problems in the book are its lack of character formation for the Beatles themselves. For some reason, Tiwary relegates them to bit parts, using them as props for comedic relief. By focusing so heavily on Epstein Tiwary the story becomes a tad too sentimental; he loses balance in the narrative by doing so. The editing is also slightly off, moments in Epstein and the Beatles’ lives are congested and truncated so much that you lose the sense of time and progression. In telling the story there was a lot of ground to cover but it felt as if the story moved too quickly at certain points. Andrew Robinson’s ink and watercolour artwork is mesmerizing. His deft hand uses smudgy and dark colours to depict the grimness of Liverpool. He then utilizes cartoonish semi-real ideas to render characters and places, dabbling in 60s art that is bright and psychedelic.

‘The Fifth Beatle’ is a fun but tragic look at a man that while great cut a tragic figure. Vivek does a good job of keeping Epstein’s legacy alive.