The Ballad Of Halo Jones Vol. 2 Review – A Masterpiece! 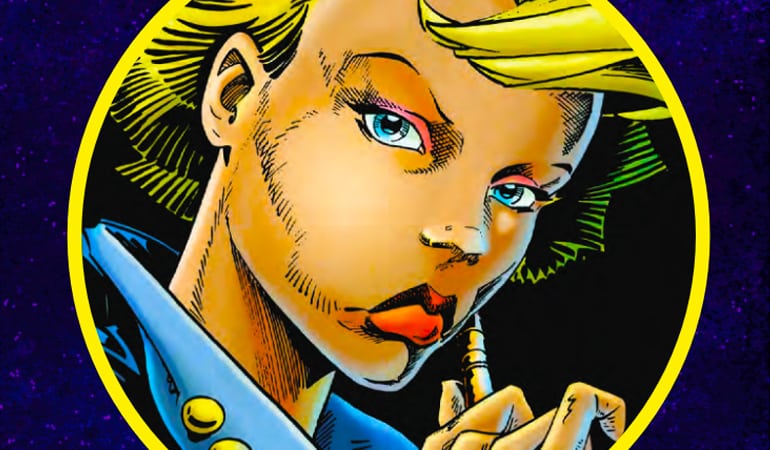 Writing a review of The Ballad of Halo Jones – Vol. 2 is hard to do on any sort of cut-and-dry technical basis. That’s because this is the sort of story which can’t simply be dissected into its working parts. It’s a tale that plays on the emotions of the reader, making them laugh and cry, feel fear and love. However, I’ll try my best to stick to the facts and not get clouded by my feelings here. Halo Jones, having finally escaped the confines of The Hoop on Earth, makes her way through the galaxy aboard the interstellar cruise liner the Clara Pandy. One of her roommates, Toy Molto, is so powerful that she keeps breaking her exercise equipment; the other is an almost unnoticeable stowaway called Glyph. Plus, Halo has the company of her overly-protective robotic dog Toby. Halo’s job as a hostess seems simple enough, but it isn’t without its problems.

As the Clara Pandy makes its long journey to Charlamagne, Halo becomes drawn in to terrorist plots, learns of an interplanetary war which is spiraling out of control, and faces dangers she never imagined. There’s also the mystery of who – or what – is travelling in the Presidential Cabin. Halo Jones, the woman who only ever wanted to get out, discovers that no matter how far she travels it may never be enough… 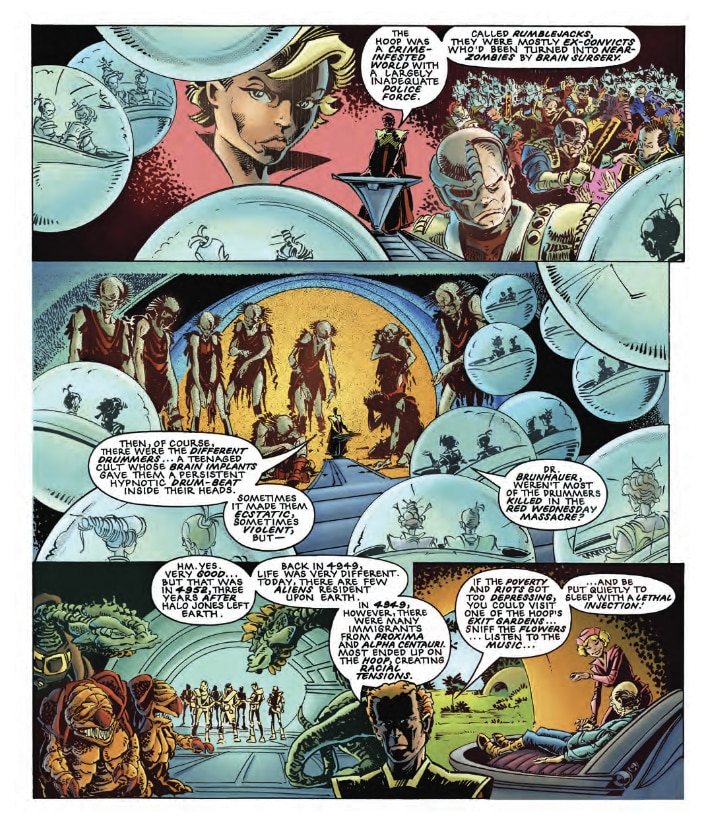 Alan Moore and Ian Gibson’s astonishing tale of an ordinary woman’s journey to escape the confines of her surroundings continues in The Ballad of Halo Jones – Vol. 2. For many readers this was where the story hit a higher gear. From its introductory chapter which outlines her history and teases at the incredible things to come, everything clicks in to place perfectly.

The events in this volume may seem underwhelming at first, and somewhat disconnected, but as anyone who knows Moore’s writing understands there’s a bigger picture going. It’s something that readers can only fully appreciate by the story’s end. Yet each individual moment still carries weight to it, and even the most seemingly throw-away line of dialogue or background image can have huge repercussions. This volume also features one of the finest pieces of storytelling in comic books (or in general) of all time in the tragic origin story of Glyph.

Glyph is a gender non-specific character who has suffered for years, struggling to find their identity. It’s ground-breaking, powerful, and as relevant now as it was then. Like Moore’s Swamp Thing story of Pog, it’s a heartbreaking tale in its own right and deserves all the credit it gets. That it’s a smaller part of a bigger narrative is even more astonishing, and moments like this make Volume 2 a whole that’s even greater than the sum of its parts. All of this may sound like hyperbole, but it’s no understatement to say that this is one of the finest comic book stories ever created. Alan Moore’s writing here is top-notch, Ian Gibson’s art is stunning as he contrasts the claustrophobic interiors of the ship with the empty vastness of space… and now, with Barbara Nosenzo’s colouring it looks even more incredible.

The Ballad of Halo Jones – Vol. 2 is, quite simply, a masterpiece.