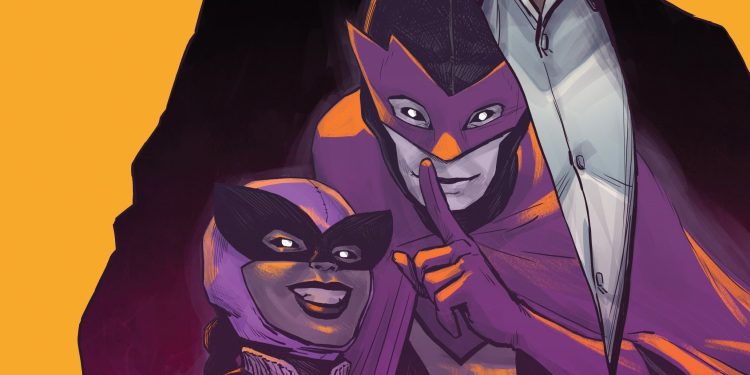 Creating a new superhero comic is a tough sell nowadays. How can anyone compete with decades of legacy characters and more caped critters than bloodsuckers in politics? Well, speaking of people who’d know blood connoisseurs, Chip Zdarsky and Jason Loo might have cracked the code with their vampire superhero Comixology Original series The All-Nighter.

There’s a self-referential quality to The All-Nighter that screams Zdarsky all over it. If you have ever read his work, you’ll instantly recognise the trademark humour and chuckle-in-sleeve comments about the comics industry and fandom. Loo’s artwork lends to Zdarsky’s zaniness as it maintains a playfulness that’s often lost in modern comics. However, this isn’t only a story that’s meant to be taken in the same mindless way as any episode of The Big Bang Theory, since it’s a fresh new angle on both superheroes and vampires that hasn’t been seen in print before.

What the heck is The All-Nighter?

Zdarsky and Loo ask the question of what happens when vampires get bored? More importantly, it challenges the notion that they must be inherently bad. With so much eternal power, they could easily become superheroes if they chose to be. That’s exactly what happened to Alex, who got tired of the mundane life of working for a diner with his fellow bloodsuckers and became the same kind of superhero he saw on screen. Since Alex’s actions were always bound to go south, he needed a little assistance from his fellow colleagues and friends: Joy, Cynthia, and the mysterious Ian.

“Maybe the fact that the characters are vampires first, superheroes second makes it more of a vampire story,” Zdarsky told CBR. “But them realizing they can’t hide anymore and need to help save people is also at the heart of this, and what makes for a good superhero story.”

Where can you get The All-Nighter?

The first five issues of The All-Nighter were released on Comixology in 2021 and collected in a trade paperback released by Dark Horse Comics in 2022. For those who can’t read past the headlines in tweets and prefer to let streaming services feed content into your brain, the good news is that The All-Nighter is being adapted into an Amazon Prime series. No news yet on its release date but judging by how incredible Invincible and The Boys turned out, Amazon might be the right home for comic book properties that push the envelope.

If you are a fan of comic books, though, new issues of The All-Nighter will be dropping on Comixology. Don’t let the terrible interface of Comixology on Amazon deter you from reading this, because this comic book is worth the struggle.

Tell us, have you checked out The All-Nighter yet? Let us know your thoughts in the comments section.