The 8 Best PS5 Games At Launch

What games should you get with your brand-new PlayStation 5 console? 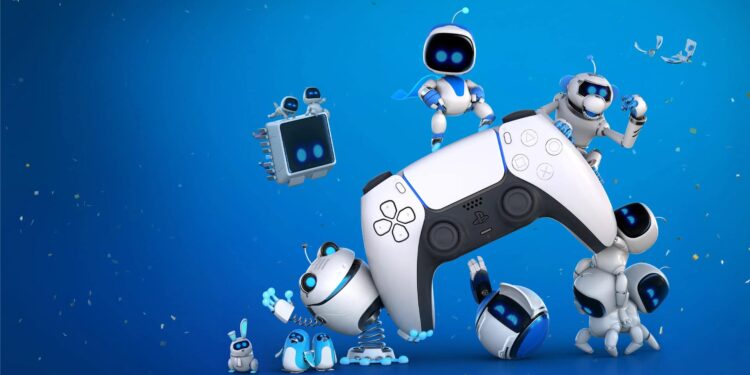 Everyone knows you can’t have a great console without great games. And although the PlayStation 5 has been receiving rave reviews from those who’ve had early access to the next-gen consoles, it’s really the gaming titles that matter and, ultimately, divide fans. Here is our list of the best PS5 games available at launch.

From the moment it boots up, in less than 10 seconds mind you, Marvel’s Spider-Man: Miles Morales proves to be something special.

Arguably the best PS5 game at launch, it’s not just a nice to have title. Thanks to the DualSense controller, the Web-Head’s second instalment shows off the best the console has to offer.

Before you jump into some of the bigger titles on offer, one of the best PS5 games at launch is actually completely free and available to everyone who purchases the console.

Astro’s Playroom is not only a fun adventure platformer, but it also gives players a chance to get used to the special features, especially the nuanced haptic feedback, of the new DualSense controller.

In a way, it’s a playable tutorial/tech demo that shows off just how inventive the new PlayStation is. It creates a create a level of immersion that feels unique to the console.

With the Shadow of the Colossus, Bluepoint Games set a new standard for what remastered titles should look and play like. The acclaimed studio has put the same level of care and attention to the action-RPG Demon’s Souls remake.

The beloved game has been updated with jaw-dropping next-gen HD graphics while remaining faithful to the source.

If you’re familiar with the challenging gameplay that the Souls series is known for, you’ll know what to expect from this re-release.

Like Astro’s Playroom, Sackboy: A Big Adventure is a great family-friendly platformer.

Every console needs a cute mascot. Nintendo has Mario. SEGA has Sonic. PlayStation has LittleBigPlanet‘s Sackboy.

But Sackboy is not just a pretty face with black beady eyes. His first solo title is charming and fun. And for those who are looking for more forgiving gameplay, this might just be what you need to get into the swing of things – a non-threatening title to slowly walk you into next-gen gaming.

While Ubisoft’s Assassin’s Creed Valhalla isn’t exclusive to PlayStation, it remains one of the best games available for the new console. It’s also, according to many, the best title in the franchise so far.

Like the Xbox Series X version of the game, the PS5 port is meant to offer graphical improvements over the PlayStation 4 version. This is a game that runs at buttery smooth 60 frames per second in absolutely gorgeous 4K resolution.

If you’re looking for something more story-driven, Assassin’s Creed Valhalla should be somewhere on the top of your list.

Mortal Kombat 11, the fastest-selling title in franchise history, has been around for a while, and yet it keeps getting more and more updates. The PlayStation 5 version of the title adds 4K cinematics, which, surprisingly, makes the game feel more exciting. The blood and gore just pop off the screen.

If you’re looking for a good two-player game, or a good fighter game, you can’t go wrong with Mortal Kombat 11 Ultimate.

Godfall is filled with lore, detailed realms and has a really great art style. The futuristic looter/slasher, somewhat akin to the Destiny series, is mostly centred around unlocking new suits (called Valorplates) and upgrading weapons.

While it suffers from repetitive gameplay, Godfall matches beautiful visuals with a shallow story – perfect for gamers who aren’t interested in anything outside of smashing, slicing and fighting their way to victory.

Plus, the haptic feedback from the PlayStation 5 DualSense controller just makes every gun feel alive in your hand. Just take a look at the video below to see how it reacts to the various weapons:

And that’s what makes DualSense so revolutionary. It makes a simple thing, like firing a weapon, feel more authentic.

There are plenty of other titles coming to the PlayStation 5 relatively soon. I can only imagine that Cyberpunk 2077 will revolutionise console gaming even further. But for all those hoping to grab a title on launch day, the above selection are great picks to start with.

What do you think the best PS5 launch games are? Let us know in the comments.