The 5 Best Zombie Movies Of All Time 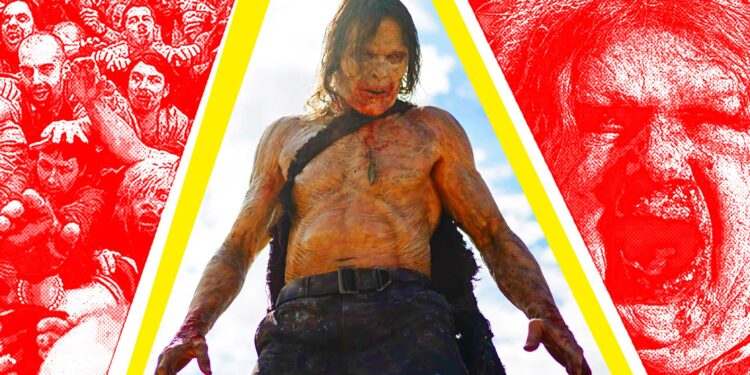 Walkers. The infected. The living dead. Ghouls. Freakers. Zombies. Whatever you want to call them, the undead have been entertaining us for years through movies, video games, tv shows, and books. But it all began when George A. Romero took traditional folklore and turned it into a genre-defining movie with Night of the Living Dead. This makes him the forefather of the modern zombie in today’s pop culture.

With Snyder’s Army of the Dead now out on Netflix, I have decided to rank the 5 best zombie movies of all time: “And his name that sat on him was death, and hell followed with him”.

A recently widowed nurse, a police officer, a young married couple, a salesman, and other survivors of a global zombie epidemic that produces extremely fast, violent, flesh-eating zombies seek shelter in a mega shopping mall.

2004’s Dawn of the Dead is a remake of the 1978 masterpiece and, although it pays homage to the original in certain respects, Snyder makes it his own.

The opening title sequence, which features Johnny Cash’s “The Man Comes Around” and depicts the world collapsing in a matter of hours, perfectly sets the tone for this version. It’s horror with a lot of gore, action with a lot of adrenaline, and characters that make dumb decisions.

This is full-fledged action entertainment, and definitely one of the best zombie movies of all time. 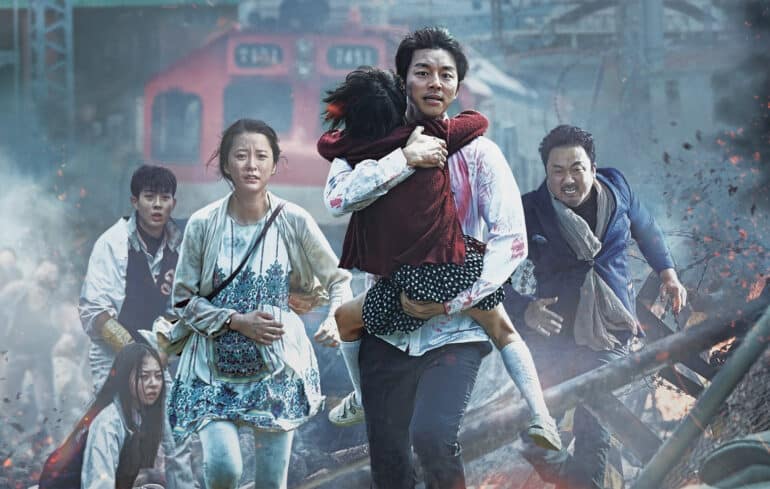 “Zombies on a train”

Sok-woo, a father who doesn’t have much time for his daughter, Soo-ahn, is getting ready to board the KTX, a fast train that will take them from Seoul to Busan. However, the apocalypse starts during their journey, and the majority of the world’s population transforms into flesh-hungry zombies. As the KTX flies towards Busan, passengers fight for their lives and the lives of their families against zombies and each other.

The idea behind Train to Busan can be summed up in four simple words: zombies on a train.

There are some creative ideas with the zombies too, like when they enter a tunnel and they get confused.

The living are whittled down to a handful of passengers fighting for survival against the undead. 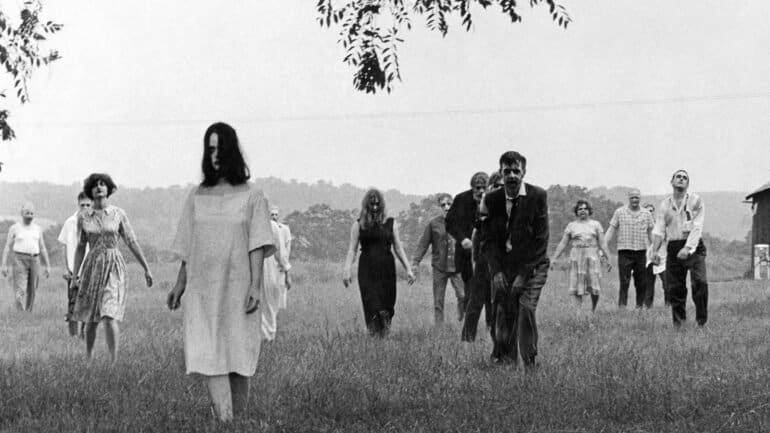 “They’re coming to get you, Barbara!”

The dead started to wander in the peaceful Pennsylvania countryside. The ghouls’ ghastly hunt, fuelled by an insatiable appetite for human flesh, unwittingly brought together six strangers whose inability to unite would eventually lead to their tragic demise.

Romero’s claustrophobic vision of a late-1960s America literally ripping itself apart rewrote the rules of the horror genre. Fusing grotesque gore with acute social criticism, Night of the Living Dead also broke ground by casting a black actor in the lead role.

Without this movie, I don’t think we’d have the zombie genre today. 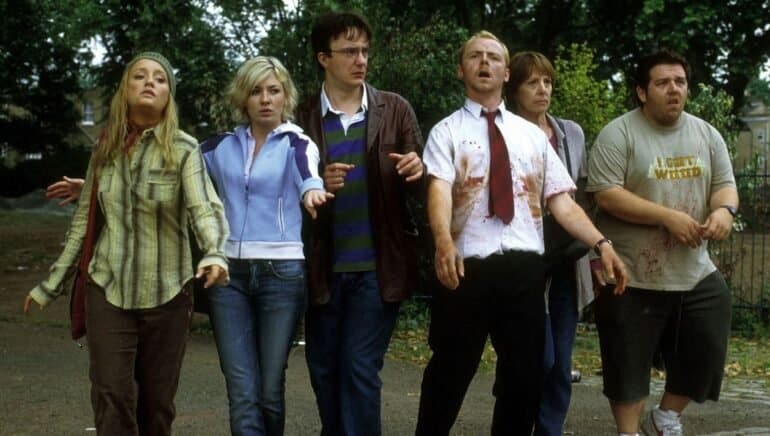 Life isn’t too good for Shaun. Lacking ambition and direction and with his 30’s on the horizon, Shaun struggles to balance his relationship with his more determined girlfriend Liz, his friendship with slacker Ed, his dead-end job and a frayed relationship with his stepdad, Phillip. When Liz dumps Shaun, he vows to get his life back on track. Unfortunately, this is the day that the dead has decided to come back to life. Shaun sets out to rescue those he loves and those he doesn’t before heading to the Winchester pub.

Even though it’s a comedy, Edgar Wright’s direction is obviously influenced by Romero’s style, with ordinary people responding to a zombie epidemic and trying to survive. The editing is rhythmic and fast-paced, with Wright’s signature use of music clearly on display. The visual comedy and dialogue are fantastic, and they cleverly and sarcastically comment on our zombified world by showing little distinction between the living and the living dead.

Even though there is a remake, Shaun of the Dead captures the essence of what made Dawn of the Dead a masterpiece. This is the perfect homage to the zombie genre and George A. Romero. It’s a film that finds itself on many “best zombie films of all time” lists. 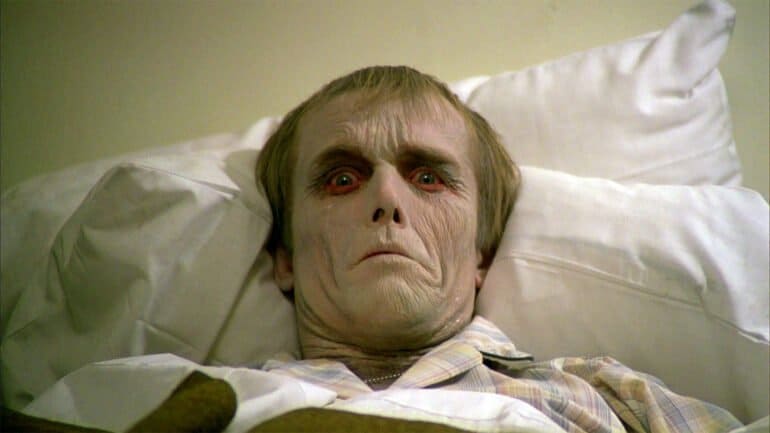 “When there’s no more room in Hell, the dead shall walk the earth”.

With the number of zombies on the rise, two Philadelphia SWAT team members named Roger and Peter go to a television station and escape in its helicopter, along with a few others, in this sequel to Night of the Living Dead. The group goes to a shopping mall for supplies and shelter, but they end up fighting for their lives against the undead.

The film is a satirical look at society and the trappings of consumerism in 1970s America. Dawn of the Dead is a parable or a warning, if you will, about society’s fragile structure and how quickly it can fall apart.

Many criticisms have been levelled at the film, including that it is too over the top and that the acting is poor. Romero uses gaudy sets and effects mixed with comic book hero dialogue to lull us into a false sense of confidence, and this is where the film shines for me. He expertly pulls the rug out from under us, bringing the situation’s reality crashing down. It’s just regular people trying to survive the apocalypse.

Dawn of the Dead is a stunning example of the horror genre’s ability to create work that is both socially and terrifyingly important. The definitive zombie film and Romero’s magnum opus.

Tell us, what do you think are the best zombie movies of all time? Let us know in the comments.