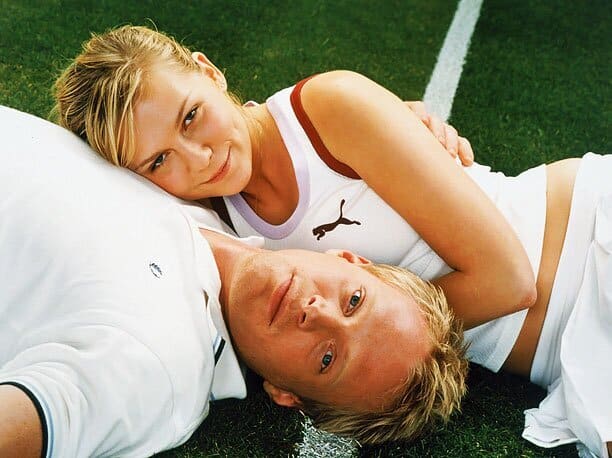 While maybe not as popular as football or even baseball films, there are still some great tennis movies out there. The electrifying tension of a tennis match offers the perfect backdrop for an epic film confrontation. On the court, the two (or four) players exchange balls as fast as bullets on a battlefield, and the winner can be decided by a split-second decision.

Ok, maybe that was a bit overdramatic, but there’s no denying that, like with every sports film, tennis movies are some of the best flicks to pass the time if you enjoy physical activities.

Here we’ve listed what we think are the best 5 tennis movies. 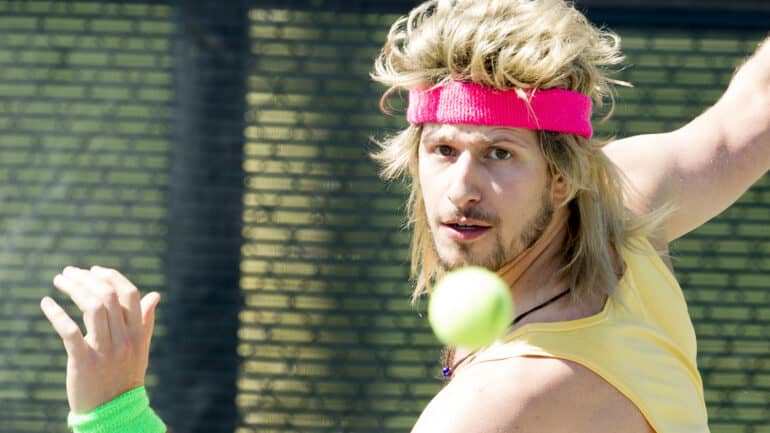 Starring Andy Samberg and Kit Harington, 7 Days in Hell is a mockumentary movie that shows that tennis isn’t always serious business. The movie follows the tense rivalry between fictional athletes Aaron Williams and Charles Poole, as they compete in a match that extends for a week.

While the idea for the film might sound too far-fetched to be true, it’s actually based on the infamous Isner-Mahut match that took place at the 2010 Wimbledon Championship. In real life, however, the match was played over a period of three days – still an impressive record for any sport’s standards. Directed by Woody Allen, this psychological thriller uses tennis as an allegory for lies, deception, and adultery. Just the type of film we’re used to seeing from Woody Allen. Match Point stars Scarlett Johansson and Jonathan Rhys Meyers in the lead roles, and it’s one of the select Allen films that doesn’t take place in New York City.

Not only is Match Point the longest film in Woody Allen’s career, but it’s also his favourite. While British audiences weren’t precisely thrilled by Allen’s use of British slang, the movie was a success at the American box office; in fact, this is the first Woody Allen film to make a profit in America since 1986’s Hannah and Her Sisters.

2004’s Wimbledon might have all the makings of a bland mid-2000s romantic comedy, but what it lacks in plot compensates with the great chemistry between its two leading characters. Starring Kirsten Dunst and Paul Bettany, this might be one of the only remaining films where Bettany isn’t completely tied to the behemoth that is the MCU.

CGI was used to make the tennis matches more believable, as the production team soon found out that teaching actors how to play tennis on a pro-level is much harder than it sounds. Unlike 7 Days of Hell, the story of Battle of the Sexes actually took place in real life. Based on one of the most groundbreaking moments for tennis, the movie recounts the events of the 1973 tennis match between Billie Jean King and Bobby Riggs, in what would conclude in a historical win for King.

The tennis movie stars Emma Stone and Steve Carrell and also features an ensemble cast that includes Sarah Silverman, Natalie Morales, and Bill Pullman. Despite its success with the critics, Battle of the Sexes was a box-office bomb, failing to recover its $25 million budget. He probably had a better chance of winning with a tennis bookmaker. 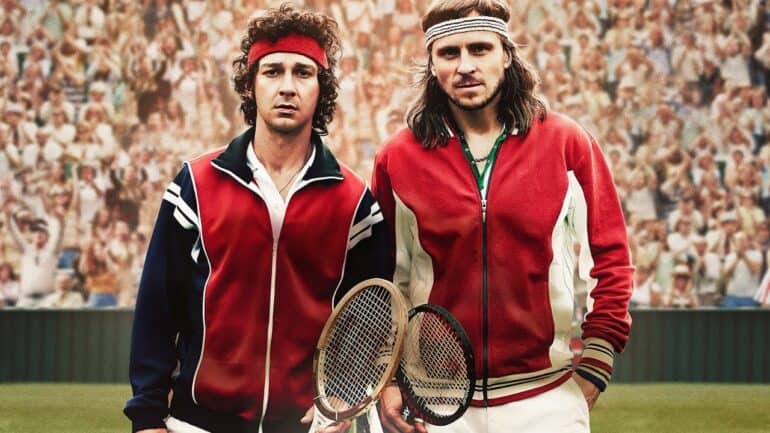 Based on the real-life biggest rivalry in the history of tennis, Borg vs McEnroe follows the two players as they prepare for one of the most important matches in the sport’s history.

Starring Sverrir Gudnason as Borg and Shia LaBeouf as McEnroe, this drama film has been described as “the first truly great tennis movie.” The movie also accurately portrays the different temperaments of both players, with Borg being more placid than the outspoken and explosive McEnroe.

What do you think? Are these the best tennis movies?