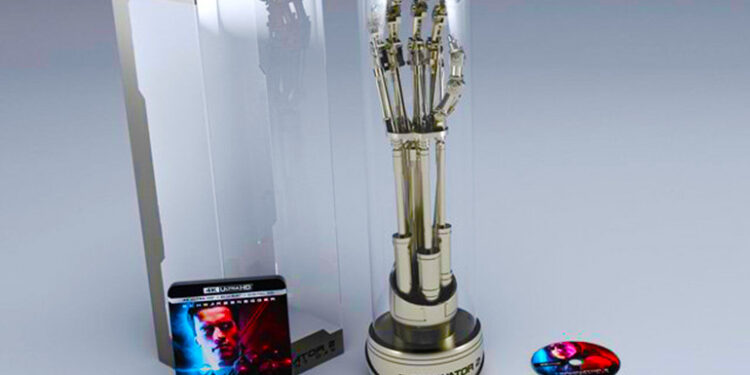 Arnold Schwarzenegger, Linda Hamilton, Edward Furlong, Robert Patrick, and Earl Boen are back in pristine quality in a few months time. Widely considered one of the greatest action films of all time, Terminator 2: Judgment Day has had many different home releases over the years. However, none of them have been as cool as this new limited edition (only 6000) box set, which includes a replica of the T-800 EndoArm. 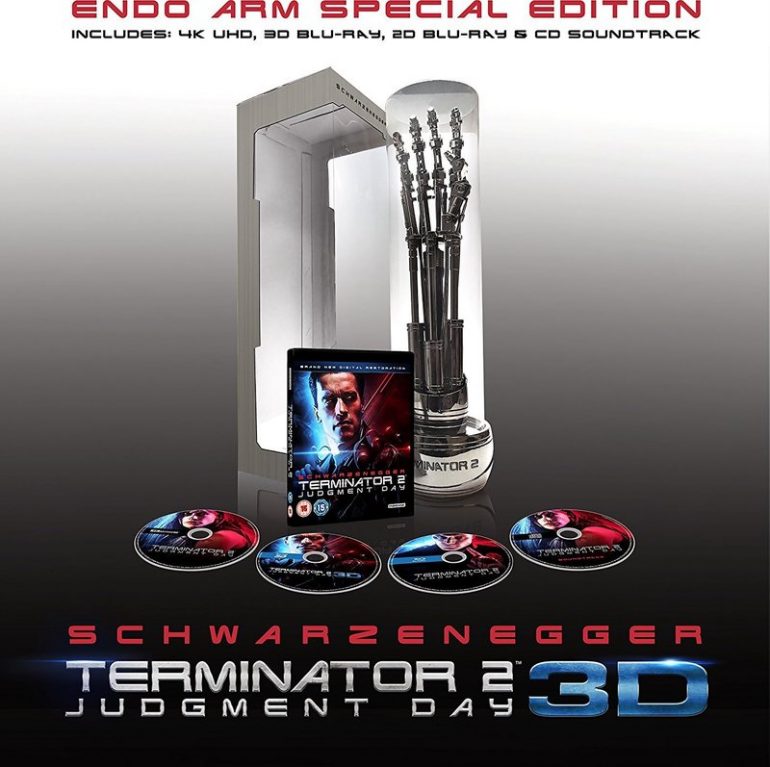 The release comes with a brand new 4k restoration and 3D remaster of the film, which was carefully supervised by director James Cameron. It also features a long list of extras, including: